The 5 Most Affordable Cities in Massachusetts

Discover five budget-friendly places to put down roots in Massachusetts.

Massachusetts / Courtesy of BCD Photography under a CC 2.0 license.

Massachusetts is often thought of as home to Boston, the Red Sox and Fenway Park, or Martha’s Vineyard – arguably the best place in the U.S. to spend the summer. But there’s far more to this New England state than Bean Town. It has dozens of cool communities brimming with must-see historic destinations, quaint downtown districts and exciting attractions, plus some of the best higher education institutions in the country.

Want to learn more? Below you’ll find the five most affordable cities in Massachusetts, but please keep in mind: These cities aren’t necessarily just the cheapest places in the state. Instead, we looked at the average cost of living, as well as key components such as transportation, housing, dining options and utilities. From this, we looked for cities that offered a nice balance between affordability and quality of life. Check ‘em out:

Located in central Massachusetts approximately an hour outside of Boston, Leominster, MA is an affordable option for most with a median home price of $232,000 (lower than the state average) and a median household income of $59,263 (higher than the national average).

The community is known as the birthplace of Johnny Appleseed, a legacy it celebrates each year with the Johnny Appleseed Arts and Cultural Festival, and it is still home to one working apple orchard – Sholan Farms – a 169-acre farm that draws residents and visitors with its dozens of delicious apple varieties, as well as its pick-your-own raspberry and blueberry operation.

Although Leominster is small, home to just over 40,000 people, it offers a varied selection of restaurants and cultural attractions, including Leominster Art Center and Gallery.

Franklin, MA is a family-friendly community near Rhode Island that has a rich history dating back to 1778. Named after Benjamin Franklin, the city lays claim to the first public library in the U.S., which was created after Mr. Franklin gave the town more than 100 books as a thank-you for honoring him.

Family Circle magazine has included Franklin on its annual Best Towns for Families list due to its strong economy, low-stress environment, quality housing, great schools and abundance of recreational resources. Its location in the heart of the state’s Route 495 region, a high-tech growth corridor that gives residents easy access to more than 326,000 jobs, also helped Franklin score a spot on the list. Another bonus: Franklin has a college-town vibe, thanks to Dean College’s presence in its downtown district.

The town’s median home value is higher than the state average, coming in at $381,600, but because the median household income is also high – $101,980, well-above the national average – living in Franklin is within reach for most people.

Bordering New Hampshire, Methuen, MA is filled with historic structures and destinations, including the Methuen Memorial Music Hall. The hall, completed in 1909, contains “The Great Organ” that was originally installed in the Boston Music Hall in 1863 after arriving in the U.S. from Europe. The venue is now a top spot for concerts and recitals as well as special events, such as wedding ceremonies.

Methuen is also known as a major retail destination as it is home to The Loop, a shopping center with more than 30 stores, plus eateries and a 20-screen movie theater.

Quincy, MA is situated right outside of Boston, making it a perfect place for those who work in Bean Town but want a more affordable place to live – the median home price is $342,600, which is well-below Boston’s ($379,500). Combine that with the community’s median household income of $62,710, and it’s easy to see why Quincy landed the No. 2 spot on our list.

While one of Quincy’s main selling points is its proximity to Boston’s many attractions and opportunities, it offers plenty of fun things to do within its city limits, too. For example, residents and visitors can explore Adams National Historical Park and the U.S. Naval Shipbuilding Museum, and Quincy’s Marina Bay is a favorite spot for dining and entertainment with its open-air restaurants, ice cream parlor, shops and boardwalk.

The community is about 10 miles north of Boston, and it’s another great place for those seeking a small-town experience, but who still want quick access to big-city destinations. With a population of less than 30,000 people, making it the smallest city on our list, Melrose offers a relaxed atmosphere that is the perfect alternative to Bean Town’s fast-paced lifestyle.

Melrose has several green spaces and parks, a charming downtown with an 800-seat theater, as well as the Soldiers & Sailors Memorial Hall, which is the town’s cultural center. In addition, Melrose hosts several family-friendly events throughout the year, including the Four Corners Music Festival and the Melrose Holiday Fair. 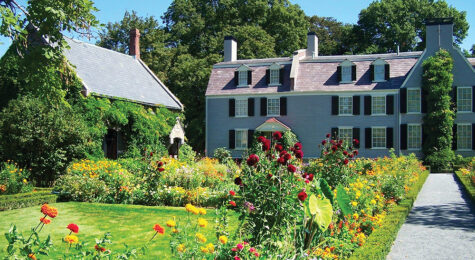