Lakeshore residents enjoy communities rich in history, economic prosperity and natural beauty, plus tons of activities to have fun year round. 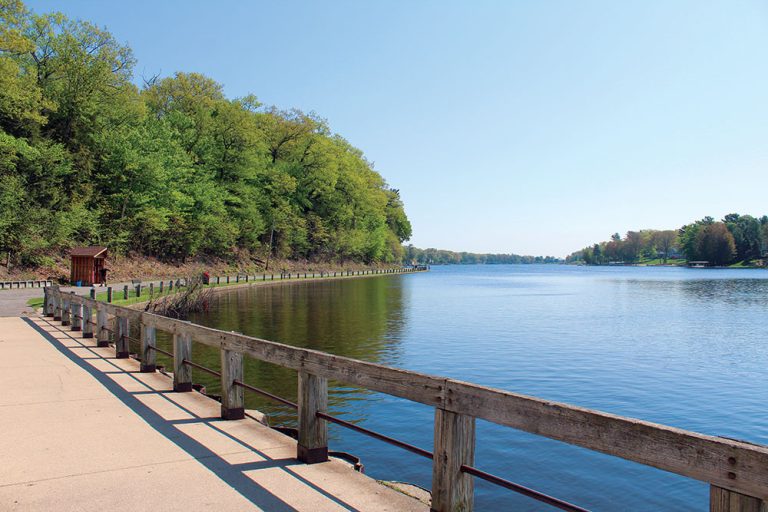 Residents of the Muskegon Lakeshore area love their region, and it’s easy to see why. As for choosing a community within the community, it has every option at affordable price points: waterfront views, traditional subdivisions, urban lofts, country homes – take your pick.

A favorite for families thanks to its high-ranking public schools and affordable real estate, North Muskegon is surrounded by three lakes – Bear Lake to the north, Muskegon Lake to the south and Lake Michigan to the west. There’s almost always people enjoying the water and the scenery.

Located in both Muskegon and Kent counties is Casnovia, a village of about 320 residents known for its cherries, peaches and apples. Casnovia is Latin for “new home,â€ and outdoor enthusiasts flock during the warm weather months to enjoy boating, swimming and fishing opportunities on Half Moon Lake.

The economic and recreational hub of west-central Michigan, Muskegon boasts advantages including award-winning schools, great parks and lots of recreation along the Lake Michigan coastline. Specialty retailers and a big selection of great independent restaurants lure visitors from throughout the region and beyond. The community also is known for hosting awesome annual festivals and other events.

Whitehall is known for being photogenic, with White River Lighthouse a favorite for photos. Whitehall also is home to Nuveen Community Center for the Arts, The Playhouse at White Lake, Duck Lake State Park, White Lake Golf Club – and a property that includes four Frank Lloyd Wright-designed structures.

Within Fruitport Charter Township is the Village of Fruitport, whose high school athletic programs are often in the hunt for state titles. Originally named Crawville, Fruitport is situated in the middle of a fertile fruit growing area, and the city’s Sheringer Soccer Fields hosts a number of regional and statewide tournaments.

Established in 1967, Lakewood Club has about 1,300 residents and features a population whose median age is only 32 years old. The community has a nice downtown area with independent stores and restaurants, and the big draw to the village is Fox Lake, which features a public park on its shores.

Set along Lake Michigan, Norton Shores is known for its outdoor recreation and beautiful scenery, with natural attractions such as Black Lake, Mona Lake and P.J. Hoffmaster State Park. Students have convenient access to nearby higher education opportunities such as Grand Valley State University, Baker College and Muskegon Community College. Norton Shores has led Muskegon County in residential construction permits for the past five years.

Roosevelt Park may be only one square mile in size, yet it has nine parks within its boundaries with each neighborhood graced with an undeveloped green space. The city borders Muskegon and Norton Shores and is known for its pristine residential properties. The city hosts a Roosevelt Park Day festival each summer with food, music, a parade and carnival.

Home to the “World’s Largest Working Weathervane,â€ Montague is a diverse city with scenery highlights ranging from rolling hills and marshes to lakes and forests. Outdoor attractions include two golf courses, marinas, canoe liveries and a yacht club, and the Hart- Montague Trail offers 24 miles of paved track. Montague Area Public Schools is one of the top-rated districts in Michigan.

Several national and internationally recognized businesses enjoy success in Muskegon Heights, where the motto is “City of Friendly People.â€ Muskegon Heights is a 10-minute drive from the shores of Lake Michigan, and one of the community’s landmarks is the James Jackson Museum of African American History.

A popular destination is Ravenna, a village with quality of life amenities such as Conklin Park, Thatcher Park, Crockery Creek RV Park, Ravenna Creeks Golf Course and Moss Ridge Golf Club. Besides tourism, the community has a number of stores and restaurants along with a light industry sector, and the Ravenna Public Schools often earn awards for their academic excellence.