Skip to content
Home > MN > Duluth > Where to Live Now > Why Duluth, MN is a Great Place to Live

Why Duluth, MN is a Great Place to Live 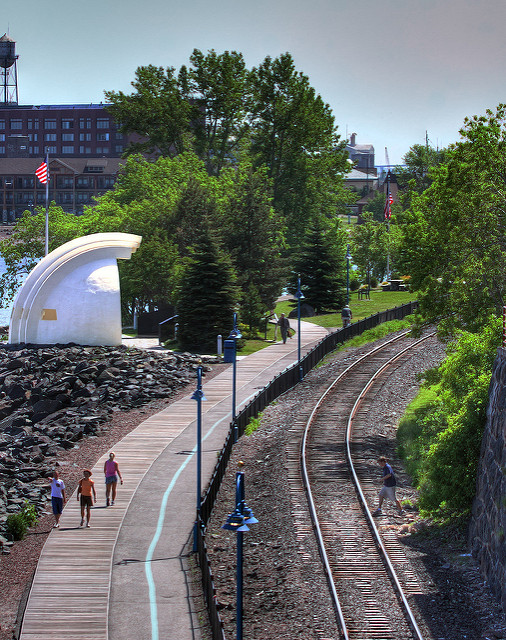 With its nickname “The Air Conditioned City” because of the summertime cooling effect of Lake Superior, Duluth is a thriving seaport that is accessible to cargo vessels from the Atlantic Ocean 2,300 miles away. Duluth is a hub for aquatic science, healthcare and retail for northeast Minnesota as well as northwest Wisconsin and the western Upper Peninsula of Michigan, and thousands of regional college students attend the highly regarded University of Minnesota Duluth.

The Beauty of Lake Superior

Six shoreline parks provide panoramic views of Lake Superior and are key reasons why Duluth bills itself as “Tourist Destination for the Midwest.” Also bringing more than 200,000 visitors to Duluth each year is Great Lakes Aquarium, located on the Duluth Harbor overlooking Lake Superior. Known by locals as “The Fish Tank,” Great Lakes is America’s only all-freshwater aquarium and home to 230 different species of fish, birds, reptiles, amphibians and mammals.

A growing number of new jobs along with numerous outdoor recreation industries add to a strong economy these days in Duluth, and also contributing to economic optimism is the housing market that remains attractively priced in 2016, according to the Minnesota Association of Realtors. Today, the median sales price for homes is a very affordable $135,000, and realty officials say an increase in area housing construction will continue for the foreseeable future.

Students have multiple choices for attending top local colleges and universities, including the University of Minnesota Duluth that includes a medical school. For sports fans, UMD always has a good hockey team, and the Bulldogs won the NCAA Division I Championship in 2011 by defeating perennial powerhouse University of Michigan. Other academic opportunities in Duluth include Lake Superior College, The College of St. Scholastica and Duluth Business University, and only five miles away is the University of Wisconsin-Superior.

If you like the outdoors, Duluth is a place for you – year round. The city offers activities like canoeing, fishing, hiking, kayaking, mountain biking, sailing and skiing, and Duluth has five public tennis courts and 63 private tennis club courts. There are also several indoor and outdoor ice rinks for open skating, hockey and curling, and city officials point out that Duluth is a four-season community with 11,000 acres of green space for traveling on foot, bike, skis or snowmobile.

Bravo, encore! Duluth is a regional hotspot for the arts in northeast Minnesota – and beyond. Highlights include a historic NorShor Theatre, which is a famed downtown concert and performing arts venue that just completed a $29 million renovation. The theater first opened in 1926 and attracts local, regional and national performers. Meanwhile, other contributors to the arts scene include Duluth Art Institute, Duluth Superior Symphony Orchestra, Minnesota Ballet and Tweed Museum of Art, and an annual Homegrown Music Festival entertains tens of thousands during the first week of May each year.