How Minnesota Became the R&D Powerhouse 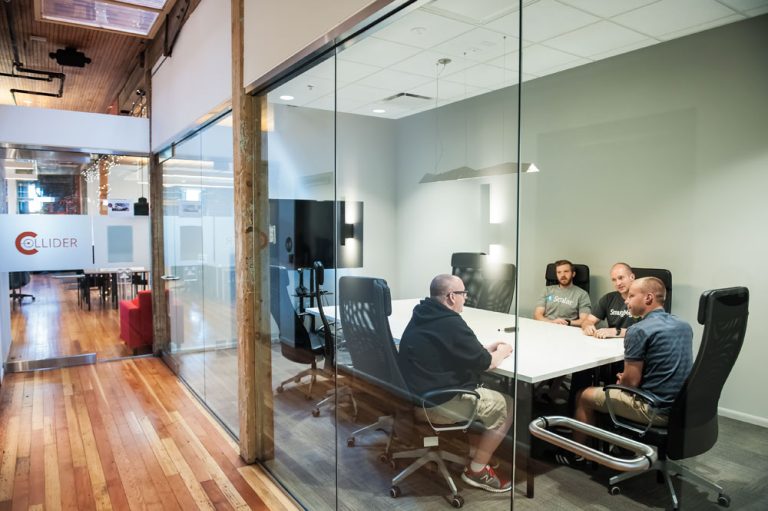 Minnesota’s legacy of manufacturing has helped spawn a rich research and development culture that is creating breakthrough products and innovative companies. The state ranks 13th in the nation and fourth in the Midwest for business-performed R&D, and both startups and well-established companies, such as 3M, Cargill and Medtronic, are taking advantage of its formidable research resources. “We have a very diverse industry base, and because of that, we historically have had a strong tie between research and development and engineering and manufacturing,â€ says Jeff Rossate, executive director of the Office of Business Development for the Minnesota Department of Employment and Economic Development. “Whether it’s aerospace, medical devices, food, glass or packaging – all of those industry sectors grew out of research and development.â€ Rossate says one of the reasons the state is a leader in cutting-edge research and development is the presence of the University of Minnesota, which boasts more than 300 interdisciplinary research centers, institutes and programs that offer expertise and collaboration to businesses.

“It has historically been a nationally recognized entity for research and development at an academic level that has then been converted or turned over into final products and manufacturing,â€ Rossate says. “Even 3M has developed products that have been in conjunction with the universities. One of our greatest assets is the close-knit ecosystem that includes the universities, corporate research and manufacturing.”

Hennepin Life Sciences, a biomedical company based in the St. Paul area that develops anti-microbial treatments to combat bacteria, fungi, viruses, and protozoa, was formed from research conducted at the U of M.

“The state, and the Twin Cities specifically, are blessed with a number of great universities that are putting a number of folks out in the scientific community that have the talent and ability to aid in research and to bring new and novel ideas into the marketplace,â€ says Tom Burke, CEO of Hennepin Life Sciences. “We are a great example of the technology that is being developed at the University.”

Another important driver of research and development, the Mayo Clinic, boasts some 24 research facilities and staffs more than 3,100 research faculty and personnel. Dozens of companies have been created from its research, including Ambient Clinical Analytics, which developed patient monitoring software, with technology licensed from the Mayo Clinic, that aggregates and organizes patient information into a single, easy-to-read interface.

The Mayo Clinic Accelerator, where Ambient’s offices are located, provides an ideal venue for startups to continue to work with Mayo researchers. “The Mayo Clinic is a fantastic resource for the state of Minnesota. The clinic has been licensing research for decades, and, as one of the companies that has participated in commercializing Mayo research, I can say the clinic’s research capabilities have only elevated the opportunities for Minnesota,â€ says Al Berning, CEO of Ambient Clinical Analytics. Minnesota’s startups also have access to a number of angel investment groups, including the Gopher Angels, one of the largest investment groups in the state. Over the past five years, the Gopher Angels group has invested more than $11 million in Minnesota companies.

Berning, who says he has spent a good amount of time in the Silicon Valley over the course of his career, says that Minnesota’s quality of life is an important selling factor.

“Most of us are here because we like living in Minnesota. When it comes down to it, this is a great place to live, and the cost of living for a high-tech area is relatively low compared to Silicon Valley or the Boston area,â€ he says. “But in the end, it really comes down to people and having access to people with the skills and experience and training and education to staff these types of jobs. And that’s where Minnesota really excels.”

We have a very diverse industry base, and because of that, we historically have had a strong tie between research and development and engineering and manufacturing.