The Hjemkomst Center in Moorhead, Minn. is a multiuse facility owned and operated by the City of Moorhead. 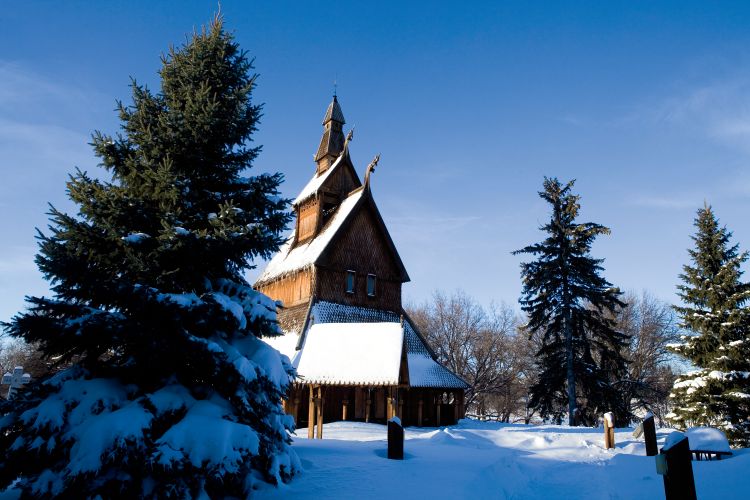 A little bit of Norway can be found in Moorhead every day.

The Hjemkomst Center is a multi-use facility owned and operated by the City of Moorhead, and hosts a variety of special exhibits and events throughout the year. The centerpiece of the facility is a permanently housed Hjemkomst Viking Ship that Moorhead resident Robert Asp built and dreamed of sailing from Minnesota to his Norway homeland.

Asp was a guidance councilor at Moorhead Jr. High School and sailed the ship in 1980 on Lake Superior, but died of leukemia that same year. In 1982, his family completed his dream by sailing from Minnesota to Norway in 72 days, and visitors today to the Hjemkomst Center are encouraged to touch the water-worn wood and view the amazing vessel.

As for the center itself, it also houses traveling exhibits, the Historical and Cultural Society of Clay County, Fargo Moorhead West Fargo Chamber of Commerce as well as Senior Connections, a Moorhead senior citizens group. On the grounds outdoors is Stave Church, a symbol of Norwegian heritage that is a full-scale replica of Hopperstad Church in Vik, Norway.

Hjemkomst Center hosts several cultural events throughout the year that include Taste of the Valley, River Splash and the Scandinavian Hjemkomst Festival.

Find more on the history of Fargo, ND.