Get a taste of Chesterfield's top dining destinations 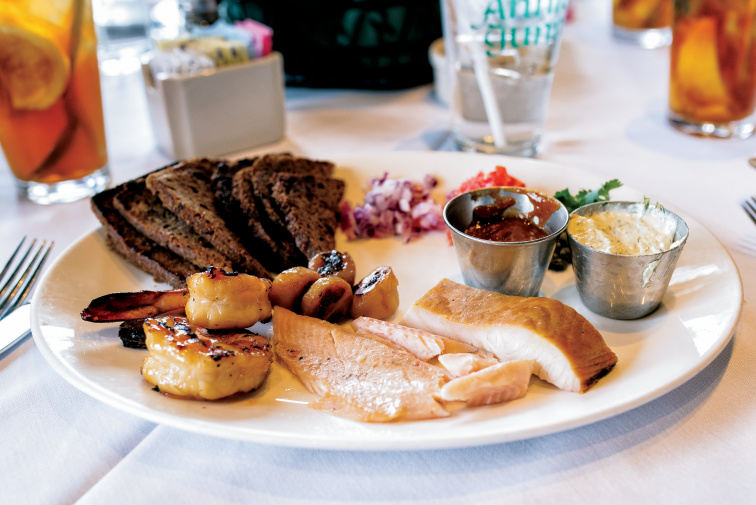 According to St. Louis magazine, Annie Gunn’s is home to one of the best gourmet burgers around – they recommend ordering the Classic Hamburger, which they nicknamed the “Carnivore’s Dream” as it’s “easily the beefiest-tasting burger in the St. Louis area.” Open for lunch and dinner Tuesday through Sunday, the restaurant is also known for its delicious steaks and expansive wine list that includes dozens of award-winning wines.

Another top spot for burger-lovers is Satchmo’s Bar & Grill, a lunch and dinner destination voted to have the best burger in West County by West Newsmagazine readers in 2014. In addition, the eatery’s eclectic menu includes selections like gourmet pizza, jambalaya, and fish and chips, plus hand-crafted cocktails, wine and beer. Looking for entertainment? Local bands often take the stage at Satchmo’s on Friday and Saturday nights, and patrons can test their knowledge in bar trivia on Tuesday evenings.

Serving inventive American cuisine for lunch and dinner daily, EdgeWild Restaurant & Winery’s menu features a mix of traditional favorites and reinvented classics such as duck tacos, bison meatloaf and Chardonnay-seared scallops, and nearly every dish has a recommended wine pairing. The restaurant, voted No. 10 Best Winery Restaurant in America by USAToday 10Best readers in 2016, also has live music on Friday and Saturday nights.

Vito’s in the Valley

With locations in nearby Ellisville and O’Fallon, Walnut Grill has a diverse, multi-cuisine menu that offers selections like its famous Thai pork macaroni and cheese appetizer, flatbreads, fresh seafood, steaks, pasta dishes and sandwiches. Although both locations serve lunch and dinner Monday through Saturday, the Walnut Grill-Ellisville has brunch on Sundays from 10 a.m. until 2 p.m., followed by dinner from 4 to 9 p.m., while Walnut Grill-O’Fallon has regular lunch and dinner hours on Sundays.

Enjoy American favorites at Scarecrow, a casual eatery serving quick bites like burgers, sandwiches and pizza, as well as entrees such as wild Atlantic salmon and beef tenderloin for lunch and dinner daily. Scarecrow also has more than 200 whiskeys available and a varied wine and beer selection, making it a great happy hour destination.