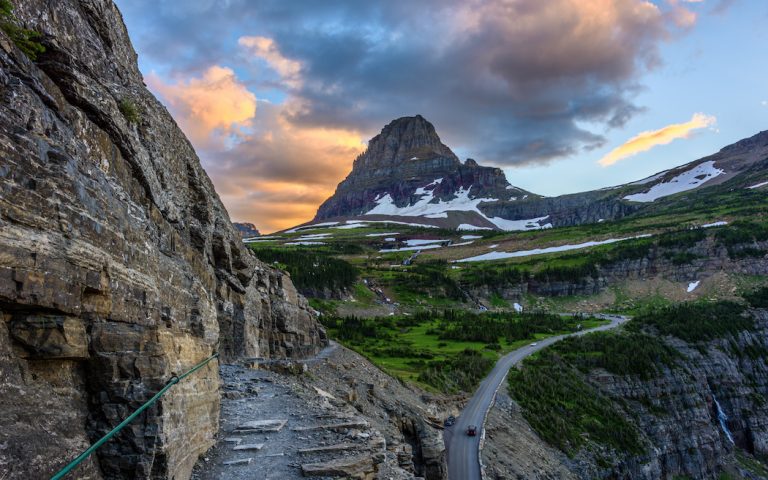 The phrase “Big Sky Country” justifiably conjures up scenic outdoor images, but Montana is so much more than that. The state is home to vibrant college towns, a burgeoning tech industry, and tight-knit, business-friendly communities.

Although Montana is the fourth-largest state in terms of area – behind only Alaska, Texas and California – it ranks 43rd in total population with slightly more than 1 million people, according to the U.S. Census Bureau. In terms of population density, only Wyoming and Alaska have fewer people per square mile.

Clearly there’s plenty of space; here’s why making a move to Montana might be the best decision you ever make:

1. Montana Is Full of Great Places to Live

Although far down the list of most populous states, Montana has two cities ranked among Livability’s 2018 Top 100 Best Places to Live. The college towns of Bozeman, home of Montana State University, is ranked No. 96; and Missoula, home to the University of Montana is ranked 59. Both Bozeman and Missoula have made the Best Cities To Live list four consecutive times.

“A hundred years ago, people came for jobs in Butte. My ancestors did the same thing,” said Bob Schleicher, a retired state employee and wage analysis expert, who lives in Livingston. “But now people come for the recreation.”

Montana consistently ranks as a fly fisherman’s paradise, with more than 400 miles of rivers and streams designated as blue ribbon trout waters. Some of the more well-known fly fishing streams are the Blackfoot River (popularized in the movie “A River Runs Through It”); Madison River; Big Hole River; and the Yellowstone River.

Montana also is a favorite destination for hunters. A wide range of outfitters support the hunting and fishing industries. The Montana Fish, Wildlife & Parks website is a good source for rules and regulations.

Winter recreation abounds, as well. The mountainous western portion of the state is well-known for its many highly regarded ski resorts.

The University of Montana, the flagship school, with more than 13,000 students, is located in Missoula, the state’s second-largest city. Montana State University, with more than 10,000 students and located Bozeman, is the state’s largest research institute. Carroll College in Helena, a private liberal arts college affiliated with the Catholic Church, was ranked No. 1 in Regional Colleges West by U.S. News & World Report. Montana Tech of the University of Montana, located in Butte, was originally Montana State School of Mines. It’s ranked No. 3 in Regional Colleges West. According to bestcolleges.com, students attending four-year institutions in Montana graduate with nearly $6,000 less in student loan debt than the national average.

The Montana University System also has 12 two-year institutions and there also are seven tribal colleges. In addition to academic opportunities, the University of Montana and Montana State are two of the state’s largest employers.

Although agriculture is still Montana’s largest industry, the state’s high-tech sector grew by more than 70 percent from 2015 to 2016, according to the Montana High Tech Business Alliance. Montana’s high tech sector generates more than $1 billion in annual revenues and is growing at seven times the rate of the state’s overall economy, the MHTBA says. National publications such as the Washington Post have reported on Bozeman’s increasing visibility on the national high tech radar.

“That brings in lots of money,” Schleicher said. “They used to be at odds 30 years ago, where locals didn’t care too much for the guides and outfitters, but then you realize how much it brings in.”

5. The Brawl of the Wild

It’s hard to find someone in Montana who does not come down on one side or the other when it comes to the Brawl of the Wild, the annual college football game between the University of Montana Grizzlies and Montana State Bobcats.

The series – also known as Cat-Griz or Griz-Cat – dates to 1897, making it the 31st-oldest college football rivalry in the country, and 11th-oldest west of the Mississippi River. Montana leads the all-time series 72-39-5, including 16 straight from 1986-2001, but the Bobcats have won the last two meetings between the Big Sky Conference rivals.

Located in the southwestern part of the state on the Yellowstone River, Livingston is a literary enclave and the home of numerous well-known authors, including Thomas McGuane and Doug Peacock. Bookstores include the renowned Elk River Books, an antiquarian and used bookstore that specializes in rare and collectible outdoor literature. Elk River Books also hosts numerous author events.

“Within 100 miles of Livingston you have a lot of the top writers in the entire country living here,” Schleicher said. “So you have cool book stores and art galleries, as well as a beautiful main street, the beautiful Yellowstone River, and mountains.”

A great literary stop along I-90 is the Mountain Valley Book Store in Alberton, about 30 miles west of Missoula. The family-owned and operated store advertises more than 100,000 books.