Livingston is a small town near Yellowstone — it's also the country's least expected literary hotspot. Here's how the town attracts writers (and readers) from all over the world. 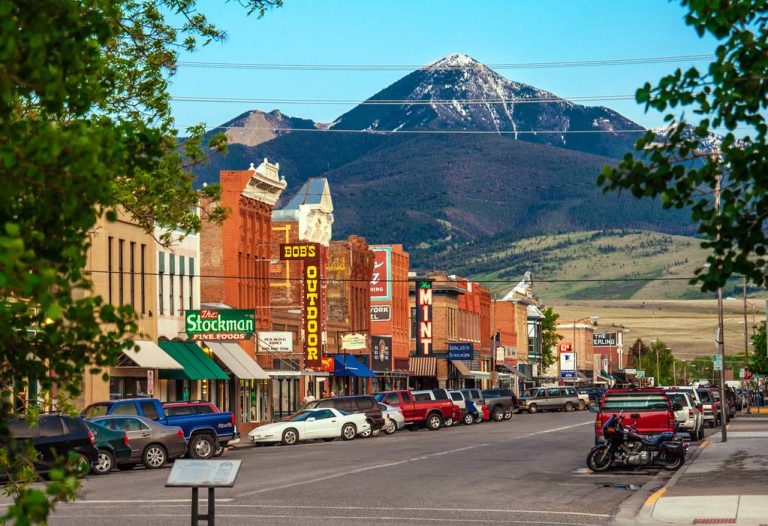 But there’s another side to this picturesque town on the banks of the Yellowstone River that might come as a surprise. With dozens of well-known authors among its area residents and a social scene revolving around the acclaimed Elk River Books, Livingston is the country’s most unexpected literary epicenter.

“Within 100 miles of Livingston you have a lot of the top writers in the entire country living here,â€ said Bob Schleicher, a retired state employee and wage analysis expert, who lives in Livingston. “So you have cool book stores and art galleries, as well as a beautiful main street, the beautiful Yellowstone River, and mountains.â€

A promotional website for Bozeman, Montana – located about 30 miles to the west – puts historic Livingston and its slightly more than 7,000 residents in lofty literary company.

“Livingston and the surrounding area are home to more professional writers, per capita, than San Francisco, New York City or any other literary Mecca you’d care to name.”

“This is a very literate community that is proud of its pool of writers, living and deceased,â€ said Mitch Grady, director of the Livingston-Park County Public Library.

Among the well-known writers who call or have called the area home, at least on a part-time basis, are Thomas McGuane, Doug Peacock, Peter Bowen and the late James Harrison, who died in 2016. Of Harrison’s more than 30 novels, the best known is probably “Legends of the Fall,â€ the movie version of which starred Brad Pitt and Anthony Hopkins.

“As far as I’ve always heard, with writers moving here from elsewhere, it kind of started with Tom McGuane,â€ said Marc Beaudin, co-owner of Elk River Books, as well as a poet and theatre artist. “He came out here and saw that, at the time, land was cheap and the fishing was great, so he started telling his friends.â€

“I do think the Montana writing scene is very different than what’s going on on either of the coasts, and it is that connection to the outdoors,â€ Beaudin said.

“Not to say there aren’t writers in New York who don’t love getting outdoors, but it might be less of their focus,â€ Beaudin said. “I would guess that almost every writer that we’ve had read at the store really connects to the outdoors. We see it in their writing. Even if they’re writing a murder mystery, the characters are spending time outdoors and caring about wild spaces.â€

Case in point? In addition to writing novels, essays and screenplays, McGuane is a member of the Fly Fishing Hall of Fame and in 2017 received the American Museum of Fly Fishing’s Heritage Award.

In addition to offering both new and used books, Elk River Books hosts a wide range of readings, signings, lectures, music and other performance arts, making it a well-known (and beloved) stop for visiting authors.

“The other big draw is the river,â€ Beaudin said. “A lot of writers come out here in the summer to fish and while they’re here, we get them in the store.â€

Other bookstores in Livingston include Conley’s Books and Music, with its Irish corner, and Sax & Fryer.

Grady said the library also is committed to supporting local writers by making sure their books are on the shelves, and getting the attention they deserve. “There’s a lot of pride, and justifiably, in local writers around here,â€ he said. “We try to get everything. Anything that’s a local author, we’re going to get.â€