Skip to content
Home > NC > Durham > Where to Live Now > 8 Reasons to Move to Durham, NC

Looking to relocate? From great food to hot job prospects, here's why Durham should be at the top of your list. 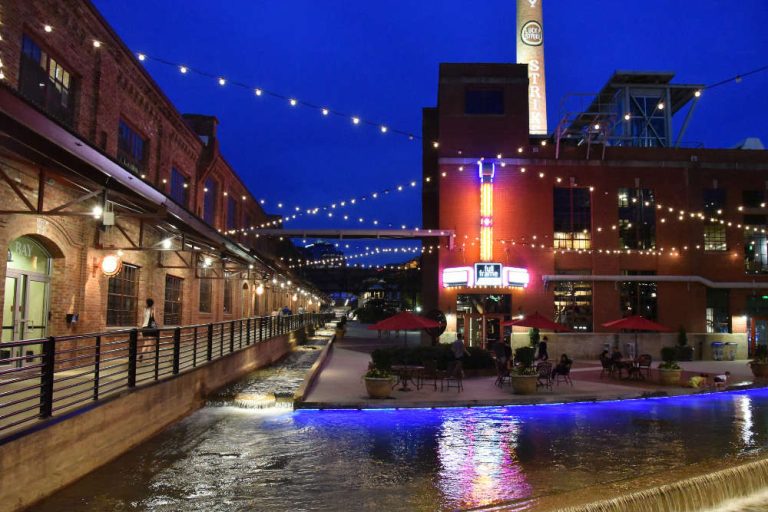 The South is drawing huge numbers of people from all over the country looking to plant their roots somewhere new, and if southern living tickles your fancy, Durham, NC should be at the top of your list. Why Durham? Best Places to Live in North Carolina

Well, from low unemployment rates and short commutes to a thriving cultural scene, Durham has plenty to offer. If you’re thinking of relocating, here are eight reasons you might want to make Durham your new home.

Looking to relocate? From great food to hot job prospects, here’s why Durham should be at the top of your list.

Silicon Prairie, anyone? These unexpected regions are emerging as America’s brightest — not to mention affordable and inclusive — tech hubs.

As the hometown of Duke University, which employs over 8,000 people on campus, it should be no surprise that job opportunities abound in Durham. In fact, the city’s unemployment rate (3.8%) is well below both national (4.4%) and state (4.7%) levels. Duke is the top employer for the area, but Durham also contains the Research Triangle Park, the largest science park in the country, which employs more than 50,000 people. But hey, if joining an existing business isn’t your thing, don’t fret: Durham’s creative culture and abundance of young talent make it one of the best cities for entrepreneurs.

As mentioned previously, Durham is home to Duke, and is well known for its college town vibe. However, thanks to booming science and technology industries, it attracts residents of all ages, meaning it’s not all dive bars and pizza places. The city has activities and neighborhoods that reflect the diversity and tastes of its wide range of residents. And while Durham isn’t an enormous city (it has around 260,000 residents), it has a vibrant culture scene to please any urbanite (see #8 on this list).

Moving to North Carolina? The toughest part is narrowing down your Tar Heel to-do list. Let us help.

As compared to other major technology cities (and even other affordable cities in North Carolina), Durham is definitely on the lower end in terms of cost of living and the cost of housing. In fact, the average cost of a home in Durham–$182,000–is around $75,000 below the U.S. average.

If you love food, Durham is the place for you. In recent years, several of its historic mills, warehouses, and factories have transformed into thriving cultural centers and hip restaurants.

These Are the 10 Best Affordable Honeymoon Spots in the US

These 10 honeymoon destinations are worth swooning over — no passport required.

The Durham Parks and Recreation Department manages a whopping 68 parks, which means there are loads of green spaces to enjoy without leaving city limits. Duke Gardens, 55 acres of beautifully preserved gardens and forested areas with five miles of walking trails, is also a great way to immerse yourself in nature.

Nearly half of all the schools in the Durham Public Schools system are magnet schools, so it’s not surprising that the top four schools in the area are public schools. In particular, Durham School of the Arts stands out above the rest. However, there are plenty of charter and private schools as well.

Durham has city-wide public transport, but if you’re looking to be more eco-friendly, it’s a relatively flat city, so walking and biking are accessible modes of transportation. Moreover, Durham has a high walk score of 87, meaning it’s fairly easy to get around without a car.

Durham is known for its vibrant cultural scene, ranging from historical sites to live music. Case in point: the Durham Performing Arts Center is one of the most-attended theaters in the entire country.

Although if Broadway isn’t your taste, there are plenty of sporting events where you can throw on a blue jersey and cheer on your newfound home team.