Skip to content
Home > NC > Greensboro > Where to Live Now > Why Greensboro, NC is a Top 100 Best Places to Live

Why Greensboro, NC is a Top 100 Best Places to Live

Greensboro is an ideal place for settling down and hosts many crowd-drawing events throughout the year. 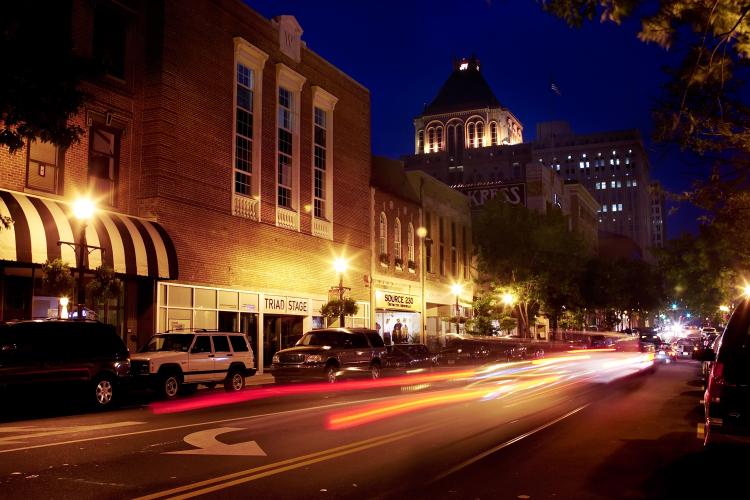 Greensboro is one of those cities where it’s hard to choose which is best: being a resident or a visitor?

With its quality of health care and education, and its continuously improving downtown, Greensboro is certainly ideal for settling in and raising a family. But it’s also a welcoming city for visitors, especially in its role as regular host for the Atlantic Coast Conference basketball tournament and a popular stop each year on the PGA Tour.

“We have great positive energy in this city, and we’ve always been a great city to host events of all types,” says Greensboro Mayor Robbie Perkins. “We pride ourselves in making a good impression on those on the outside.”

Its reputation of being a wonderful host is just part of what makes Greensboro one of the country’s top places to live. It’s a city with plenty of cultural and recreation attractions, whether you’re looking for museums and performing arts centers or mountain bike trails and golf courses.

The city has an emerging downtown, Perkins says, anchored by a $24 million renovation to the Greensboro Performing Arts Center.

“We’re trying to make our town cool,” Perkins says. “We have 47,000 college students at seven colleges and universities that are here. We want to leverage off of that and keep some of that talent here after they graduate. And the way to do that is to make your city cool.”

In addition to its obvious designation as a college town, Greensboro is known for its top-notch education system in general. Guilford County Schools is the third-largest school system in North Carolina, and the area has an abundance of private schools.

Residents also have access to impressive health care, which employs around 10,000 in the region. There are two hospital systems serving the immediate area, and many other facilities within an hour’s drive.