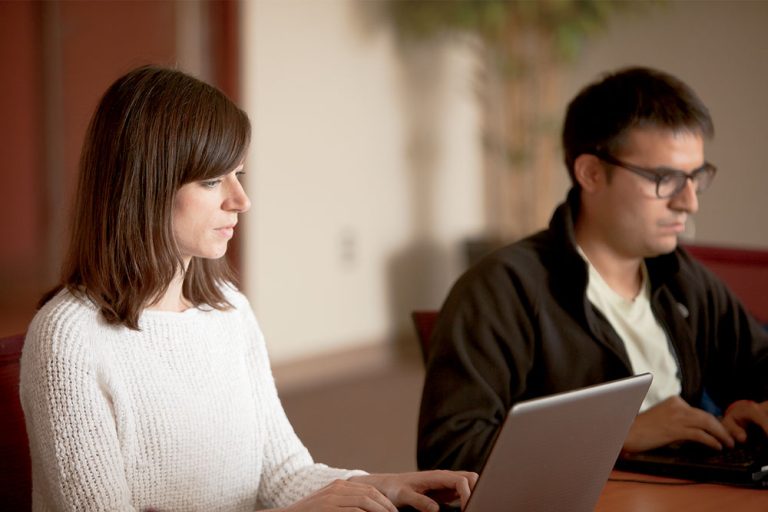 For its part, the Miller School, established in 2015 to nurture the local entrepreneurial ecosystem, is poised to have a long-term impact on economic growth by fostering an entrepreneurial mindset among ECU students.

The school created a new degree, a bachelor of science in entrepreneurship, that builds on existing programs that encourage students – including those studying, say, engineering or art—to approach their own disciplines and interests from an entrepreneurial perspective.

“We are developing classes where students leave the classroom and work with local clients, so they learn not only from a professor but from entrepreneurs,” Harris says. “We want students to really engage and discover innovative ways of thinking. We are even creating a launch class so when you graduate you’ve actually learned how to launch a venture.”

And venture launching is something with which the region has ample experience. Consider Greenville-based Metrics, initially a pharmaceuticals analytics services company founded in 1994 that grew into a 300 employee, full-service pharmaceutical contract drug development and manufacturing organization (CDMO) acquired by Australia-based Mayne Pharma in 2012. Later, one of the same founders of Metrics also assisted with the launch of RFPi in 2014, which is pioneering non-invasive medical imaging technologies that allow physicians to visualize and quantify blood flow and perfusion without injecting fluorescent dyes.

The technology has the potential to revolutionize gastrointestinal, vascular and, eventually, heart surgery. It also promises to reduce health care costs by improving post-surgical outcomes.

The technology can help reduce hospital re-admissions due to failures of arteriovenous anastomosis, where veins and arteries join together, a major reason for re-admissions, says Phil Hodges, RFPi chairman and a veteran health care executive.

“It will also ease decision-making, as a surgeon can look and say ‘This flow is just what we want,’” says Hodges, an angel funder.

The Morehead City company was started by Lindquist, a University of North Carolina at Chapel Hill marine science professor, and David “Clammerhead” Cessna, a commercial shellfish harvester. The duo developed a biodegradable material for growing oysters that could contribute to the number of oysters harvested in the United States and elsewhere around the world.

“Perhaps the biggest part of our business is going to be in shoreline protection because there are a lot of problems with shorelines eroding,” says Lindquist.

The company’s product, Oyster Catcher, is being used to create oyster reef foundations along shorelines. Lindquist says the company is at work developing a suite of potential products around its technology.

How Eastern North Carolina Became a Leader in Renewable Energy

Carteret County-based Transportation Impact (TI) is a consulting firm that works with large-volume shippers to reduce their costs. Launched in 2008 by Keith Byrd and Travis Burt, the fast-growing company earns its business by using its proprietary software to run a free savings analysis for potential customers.

At least 7 out of 10 times, the company finds significant savings, Byrd says, and then works with clients to get a better pricing agreement from their carrier. “Then we share in the savings, so it’s a no-brainer for the customer,” he says.

The decision to launch the company in Eastern North Carolina also was a no-brainer, and it’s giving back to the community, too, through its IMPACT1 initiative in which TI has pledged to give back 1 percent of its annual profit, employee time and services to charitable endeavors.

“It’s an important piece of our culture and helps define who we look for in terms of employees,” Byrd says. “Those types of folks are not hard to find around here.”