8 Things to Do in New Bern, NC

From museums to water sports, New Bern offers fun for everyone 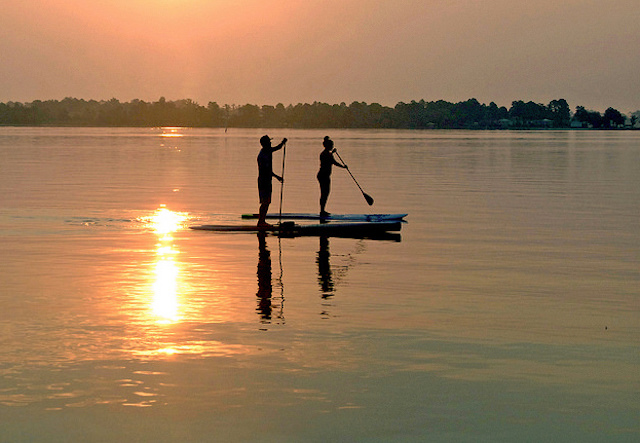 With a vibrant arts and culture scene, a thriving downtown and a host of outdoor recreation opportunities, New Bern offers residents and visitors an impressive menu of activity.

1. Take a sip down memory lane

No visit to New Bern is complete without a trip to Bradham Pharmacy, the birthplace of Pepsi-Cola. The cola was invented in 1898 by New Bern native Caleb Bradham. Today the pharmacy-turned-museum is home to Pepsi memorabilia and an old-fashioned soda fountain that still serves up “Caleb Kola.”

2. Stop to smell the crepe myrtles

Tryon Palace and Gardens is an exact replica of the mansion built for the Royal Governor of the Province of North Carolina in the late 1760s and which burned to the ground some 30 years later. The recreated mansion and garden are now a State Historic Site and open to the public for tours. The 16 acres of period gardens include flora caretakers believe bloomed during the time the original mansion was built, including the city’s official flower, the crepe myrtle.

8 Reasons to Move to New Bern

As the second oldest town in North Carolina, New Bern’s boasts more than 164 homes and buildings listed on the National Register of Historic Places. You can take a trolley or walking tour of the town’s historic districts or schedule a tour with one of several local tour guides.

5. Spend your summer in tune

Each summer, from May through August, the New Bern Area Chamber of Commerce hosts the Rockin’ On the Rivers outdoor concert series. The series features live performances by both local and regional bands and musicians.

Open year-round on Saturdays and on Tuesdays during summer months, the New Bern Farmers Market offers produce from local growers as well as baked goods, artwork, jewelry and other craft items by local artists and artisans.

If You Don’t Live in New Bern, You’ll Want to After Reading This

The Cow Cafe in downtown New Bern is a favorite among both local families and visitors alike. The cow-themed restaurant and ice cream shop features more than 40 flavors of homemade ice cream, hundreds of cow items in its gift shop as well as a farm-themed play area for kids complete with mini tractors and a moving train.

New Bern offers a host of outdoor recreation opportunities – both on land and in the water. Start at the six-acre Union Point Park, which is located at the convergence of the Neuse and Trent Rivers. Visitors can fish, launch a boat, enjoy a picnic or take a stroll along the city’s scenic waterfront.