Skip to content
Home > NC > Raleigh > Affordable Places to Live > Here’s How Much It Costs to Live in Raleigh, NC

Here’s How Much It Costs to Live in Raleigh, NC

How much does it cost to live in Raleigh? From rent to lattes to transportation, we asked a local to tell us EVERYTHING. 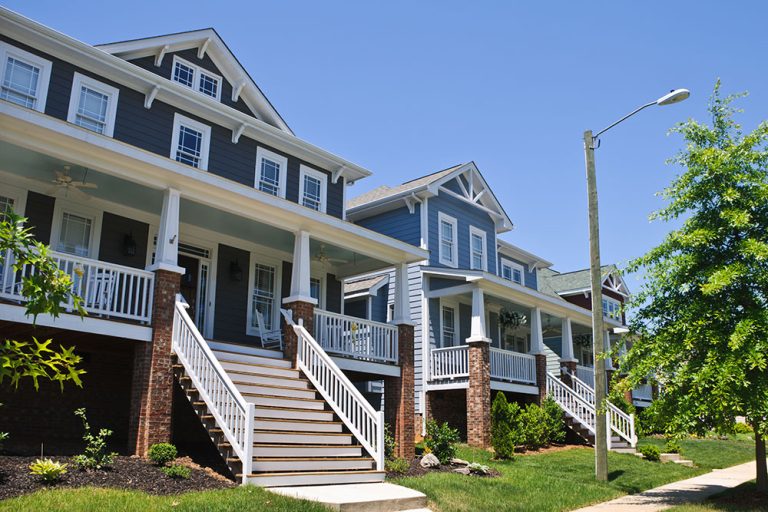 Raleigh is consistently one of the most popular cities featured on Livability. A beautiful, welcoming, rapidly growing city that was recently named one of our Top 100 Best Places to Live in America, there are tons of reasons why so many people want to know more about living in Raleigh. So, how much does it really cost to live there? We asked a local to give us the scoop on everything from rent to lattes to childcare.

How long have you lived in Raleigh?

We’ve lived in Raleigh for four years now. We originally moved because the company I was with transferred me. We stayed because I found an excellent job five minutes from our duplex, and I love my job. I’m a network engineer.

What’s your rent/mortgage in Raleigh?

We rent half a duplex, in a little section of charming houses from the 40s and 50s. They were originally built for the massive fabric mill that used to be the main workhouse in Raleigh. The mill is long gone, but the neighborhood remains and is considered up and coming. We pay $900 a month, not including utilities or internet.

We’re DEFINITELY paying under the going rent price in Raleigh, because this was considered an undesirable neighborhood for a long time.

Average rent in Raleigh is about $1,500 but it’s for the hastily-built, badly-assembled “luxury” apartments that include paper thin walls, pools and an overabundance of college kids.

Who are the main employers in Raleigh? Are jobs relatively easy to find?

Tech jobs are huge in Raleigh. There’s everything from MSPs (managed service providers) to the big corporations like Citrix, Red Hat, Cisco, and SAS.

NC State, Meredith College, UNC – Chapel Hill, and Shaw University are all in or relatively close to Raleigh, and they’re responsible for quite a few jobs in the area, too.

How’s the access to grocery stores and food in Raleigh? Are you going to be able to find things like quinoa and gluten-free pizzas at your local grocery store?

Grocery store access is plentiful. We live in what’s considered one of the worst neighborhoods in the city and we’re half a mile from our local grocery store. We also live half a mile from the newly built Alamo Drafthouse, which resides next to a Family Dollar and a whole plaza of decent restaurants. No danger of a food desert.

As for fancier items, our Food Lion is closest, and I’ve absolutely seen quinoa, gluten-free pizza, and that new fancy French yogurt in glass jars. Our Walmart carries Noosa yogurt, and coconut milk, and a selection of super rare imported cheeses.

We have a Total Wine for excellent vintages, and local rum is sold at our ABC stores. (Side note: Kill Devil Honey Pecan Rum is amazing and if you’re ever in Raleigh, you must try it.)

How family-friendly is Raleigh?

My partner and I are childfree, but Raleigh is incredibly kid-friendly. There’s a Marble museum for kids, parks everywhere, and we’re always holding festivals and events that are family-friendly.

Gyms routinely offer childcare, some of the specialty coffee shops have special areas for kids, companies sometimes offer or subsidize childcare. We also have bike lanes galore, especially around the various campuses.

What’s it like to be a child-free adult in Raleigh?

Raleigh is pretty adult-friendly too. There are bars and lounges everywhere, including specialty tequila and whiskey bars, high-end jazz clubs that have nothing but Victorian furniture and look like my living room, with cocktail waiters in black tie and excellent $10 martinis.

We’re very close to Durham Performing Arts Center, so we get Broadway shows a lot (the ridiculousness when Hamilton came to Raleigh was insane), and we have massive outdoor venues where everyone from Ed Sheeran to Postmodern Jukebox has performed.

We also have tons of coffee shops, libraries and bookstores. One of my favorites, Liquid State, is 30 yards from my office and sells a great Thai coffee with condensed milk.

How walkable is Raleigh? Is there a good public transit system?

Raleigh is fairly walkable if you live closer to downtown. We live a bit off a very busy street, but once you’re in downtown it’s walkable and biking is easy. We also have a greenway that goes throughout the city, and a bus system that’s pretty reliable.

We also have graffiti in a lot of places basically saying “Y’all means all of you, no matter where you come from or what you do.” There’s some racial and political tension, but we’re overall pretty welcoming.

Starbucks averages $4 here for a latte, and indie shops are about the same unless they’re using camel milk (I’m not kidding).

High-end clubs and supper clubs average between 10-14 dollars for a cocktail made with fresh squeezed juices and top shelf liquor. I usually anticipate spending $30 – $40 for drinks if I’m going out somewhere fancy for my birthday or something.

At the high-end restaurants, I’ve dropped around $120 for two people for dinner, $200 or so if you’re ordering a lot of booze or you’re at Second Empire, where the entrees are around $30.

What are you absolute favorite things about Raleigh?

I like the bookstores, the cemeteries and the coffee shops in Raleigh. I love that I can walk to the movie theater or the grocery store, and that there are five different coffee shops on my way to work.

I LOVE the French bakery that’s 50 feet from my office, where baguettes are fresh from the oven and cost me a dollar, and it’s run by the sweetest Lebanese family. And I love the parks and trees.

Most cities have a ‘catch’ – San Francisco has an insane cost of living, LA has terrible traffic, NYC has garbage bags lining the sidewalk. What’s the ‘catch’ with Raleigh?

The main catch in Raleigh is the housing bubble. We’re in the midst of the biggest one I’ve seen here to date, and it’s made it impossible to buy a home that’s not an hour away or at risk of being torn down.

Houses in the heart of our historic district, just next to downtown, are starting at $750,000. I make good money, but the thought of dropping that kind of cash gives me hives.The bubble is so bad they’ve run multiple news stories on it and the city is addressing it by building rush job apartments, overcharging in rent, and then being surprised when no one can afford or wants to live there.

I love Raleigh. It’s got some amazing features, and there are parts that need work.