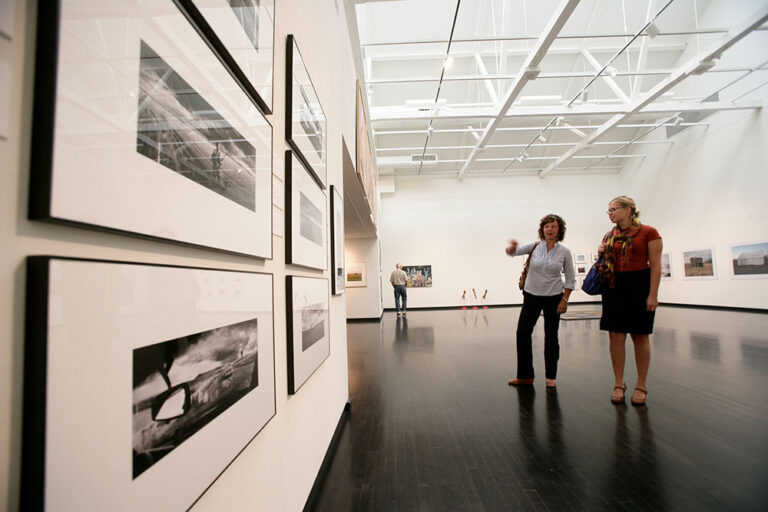 Grand Forks, ND, is home to 56,000 people. Yet with its many restaurants, sports arena, theaters and international airport, it feels like a bigger city â€” in the best possible way.

“Grand Forks has all the amenities of a big city with a small-town feel,” says Becca Cruger of Grand Forks Region Economic Development Corporation. She notes that the average commute for Grand Forks and surrounding communities is only 14 minutes, which is less than half the national average. Fortunately, there is lots to do with all that extra time.

The city has four distinct seasons, offering outdoor activities in the summer and indoor sports in the winter. Ice hockey is huge in Grand Forks â€” and you’ll know it’s game night when the Sorlie Memorial Bridge lights up in green. “We don’t stop living when the temperature turns below zero,” says Cruger.

So, what can you do with your free time in Grand Forks? Here are 10 fun ideas: 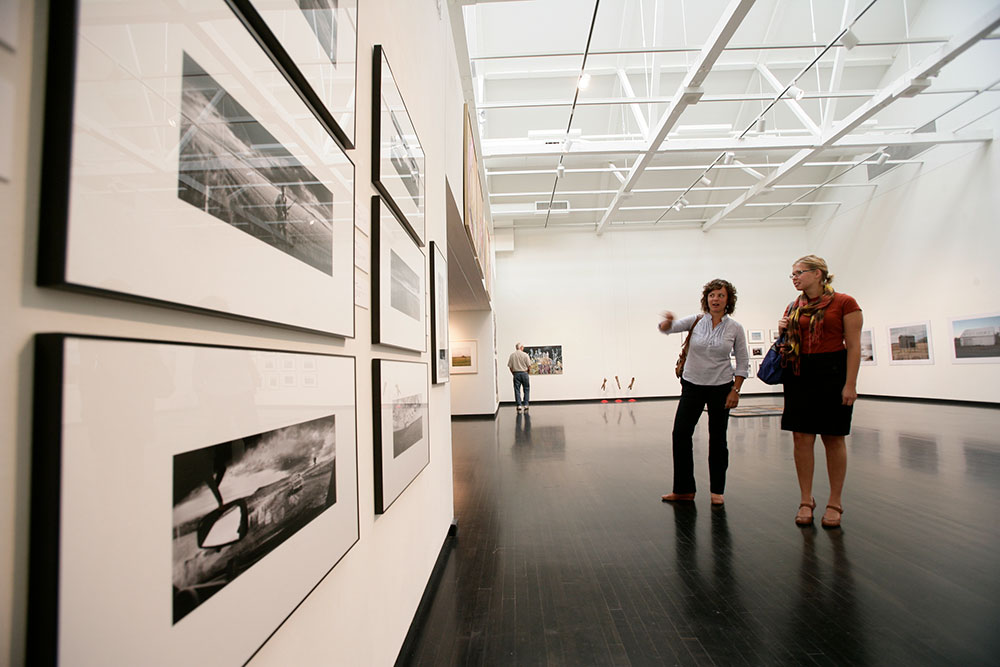 1. Spend an afternoon at the North Dakota Museum of Art

The official art museum of North Dakota is on the University of North Dakota campus in Grand Forks. The North Dakota Museum of Art has free admission, although there is a suggested donation of $5 per person. You’ll find exhibits of regional, national and international art, with special attention paid to contemporary Native American art. The museum hosts art classes for adults and children, and you don’t want to miss lunch at the Museum Cafe, either. “They have a smoked salmon BLT that is amazing,” enthuses Cruger (the cafe is currently on hiatus due to COVID restrictions but should be back in action soon). Starting back up next summer, you can join your neighbors for live concerts in the Sculpture Garden.

“I truly believe no other community is as well connected as Greater Grand Forks. We all want to succeed with each other.”

2. Watch a game at the Ralph Engelstad Arena

If you’re not a fan of ice hockey before coming to Grand Forks, you will be once you get here. “Grand Forks is very much a hockey town,” says Cruger. During the fall and winter, you’ll find 11,643 fans in the seats at the Ralph Engelstad Arena, AKA “The Ralph,” to watch the University of North Dakota Fighting Hawks play. “You can’t really talk about Grand Forks without talking about The Ralph,” says Cruger. “Every Friday and Saturday night, The Ralph is packed with thousands of people wearing green and cheering on the Hawks.”

But The Ralph hosts more than sports teams. It’s also a concert venue for artists like Carrie Underwood and Kenny Chesney, seating crowds of over 13,000 to sing along. 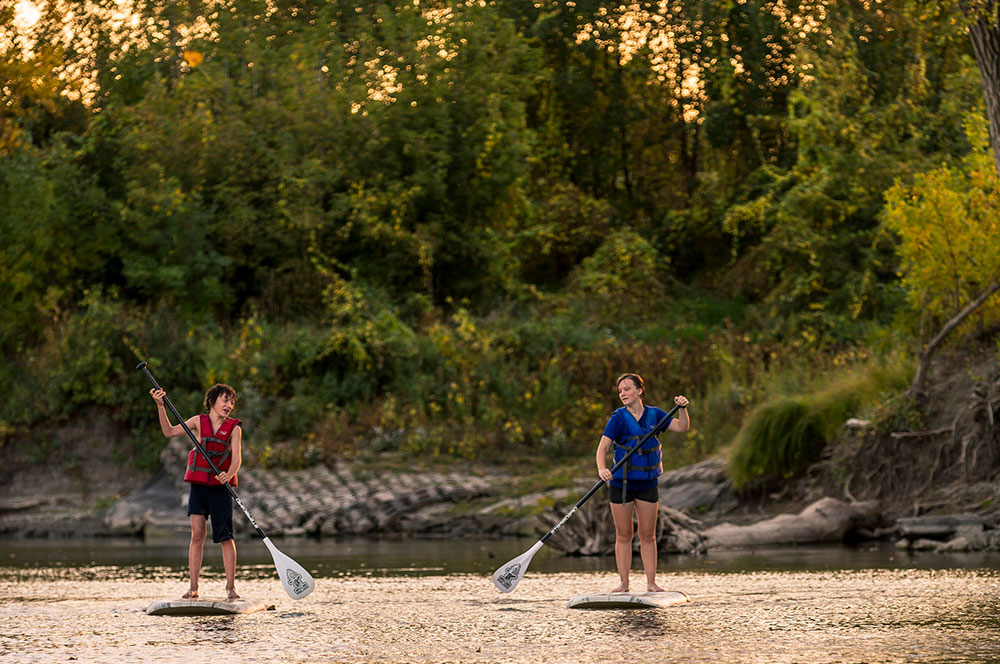 When you’ve had enough nature, the recreation area is within walking distance of bars, restaurants, shops, a cinema and a library. “It’s going to feel like you’re in a campground while having all the amenities of a big city,” says Cruger. Hard to beat that combo!

4. Walk, ride or snowmobile on The Greenway

The Greenway is 21 miles long and spans several spacious parks on both sides of the Red River. There are trails for snowmobiling, cross-country skiing, snowshoeing and fat-tire biking. (While many North Dakotans own their own cross-country skis and the like, guests can rent equipment.) In warmer months, you can rent kayaks, canoes and paddleboards to enjoy on the water. And did we mention the public pools and spray parks?

5. Learn to skate at one of six indoor ice arenas

You don’t just come to Grand Forks to watch ice hockey…lots of North Dakotans play ice hockey, too. The city maintains six indoor ice arenas and nine outdoor rinks, complete with warming houses and skate rentals. There’s a hockey academy for boys and girls of all ages at the Ralph Engelstad Arena as well.

Not great at skating? No worries. There’s no better place than North Dakota to learn how to play broomball. “Even if you can’t skate, you can play broomball,” says Cruger. Players wear rubber-soled boots instead of ice skates and use a stick called a “broom” instead of a traditional hockey stick. There’s a local broomball league with several teams that face off in a downtown tournament once a year. 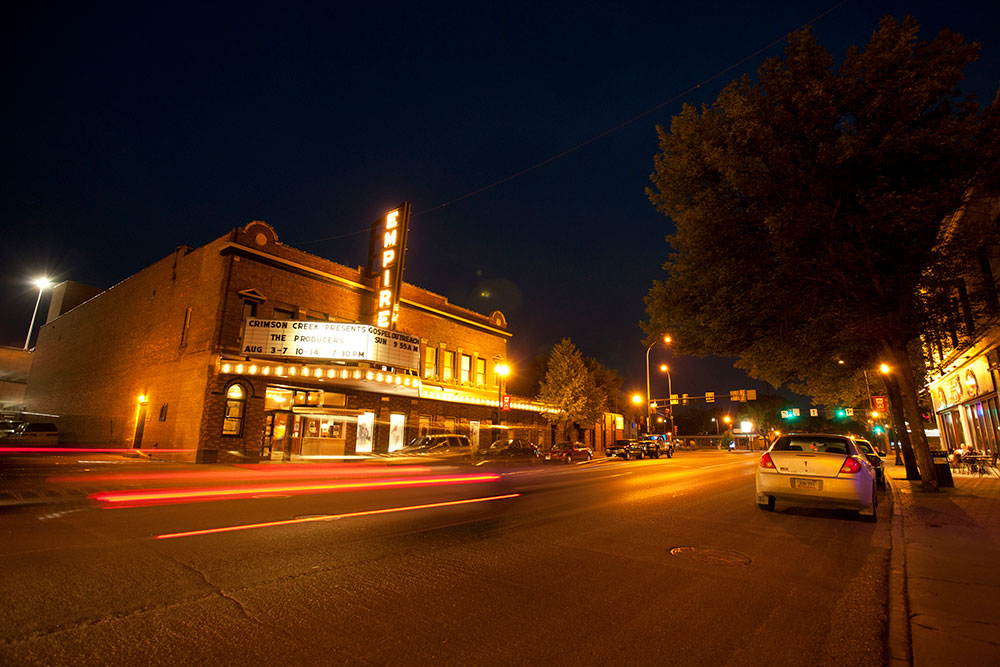 In the heart of downtown Grand Forks is the Empire Arts Center, home to the only professional theater company in North Dakota. The center is also host to the Greater Grand Forks Symphony Orchestra, North Dakota Ballet Company showcases, as well as Broadway national touring performances. Thanks to a partnership with the University of North Dakota’s art collections, a gallery featuring the rotating art of regional artists adorns the lobby. 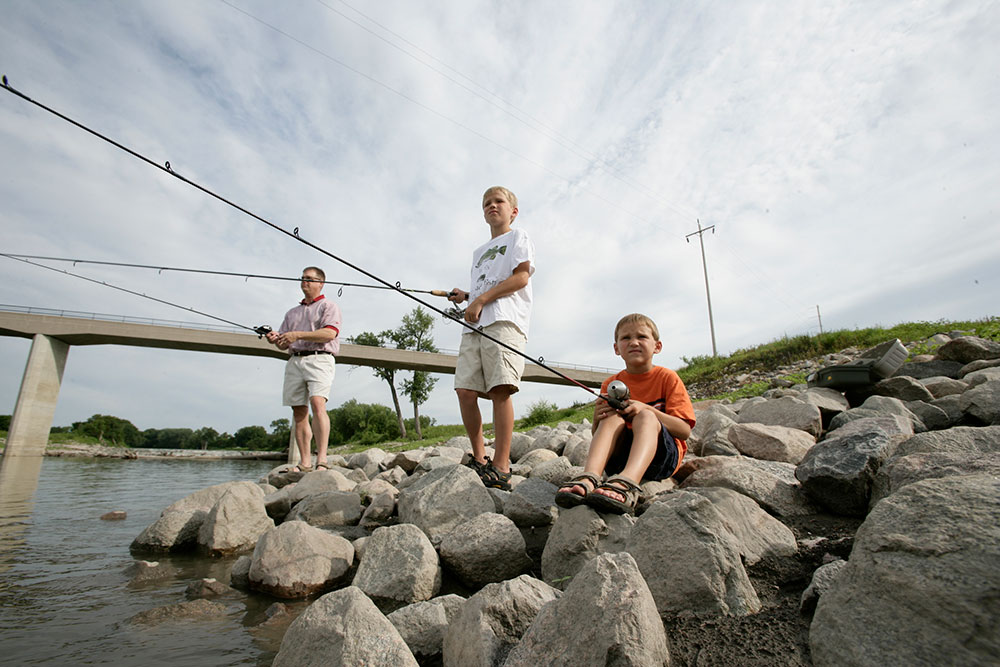 7. Go fish in the Red River

The Red River isn’t just a place to peep a catfish or river otter. In warmer months, it’s also a recreation area for boating, canoeing, stand-up paddleboarding and fishing. Equipment rentals can be had for anywhere from 90 minutes to the whole weekend from Ground Up Adventures. And if you’re keen to go tubing, Cruger recommends a day trip to Red Lake Falls, an hour outside of Grand Forks.

A quieter afternoon can be had at the Japanese Gardens, located within the 22-acre Sertoma Park. The rock garden, a beautiful space for meditation, was a gift from Grand Forks’ sister city in Awano, Japan. Sertoma Park is also the location of Ali’s Boundless Playground, a play space for children of all abilities.

9. Watch a race at the River Cities Speedway

Weekend nights in the summer switch from cheering on the Hawks to sitting outdoors and watching race cars at the River City Speedway. Let it be known, though, that the speedway is not a paved track â€” these are dirt races! “If you sit in the front row, you’re going to get mud flung in your face,” laughs Stephanie Flyger, communications manager of Grand Forks Region Economic Development Corporation. But that’s part of the fun. 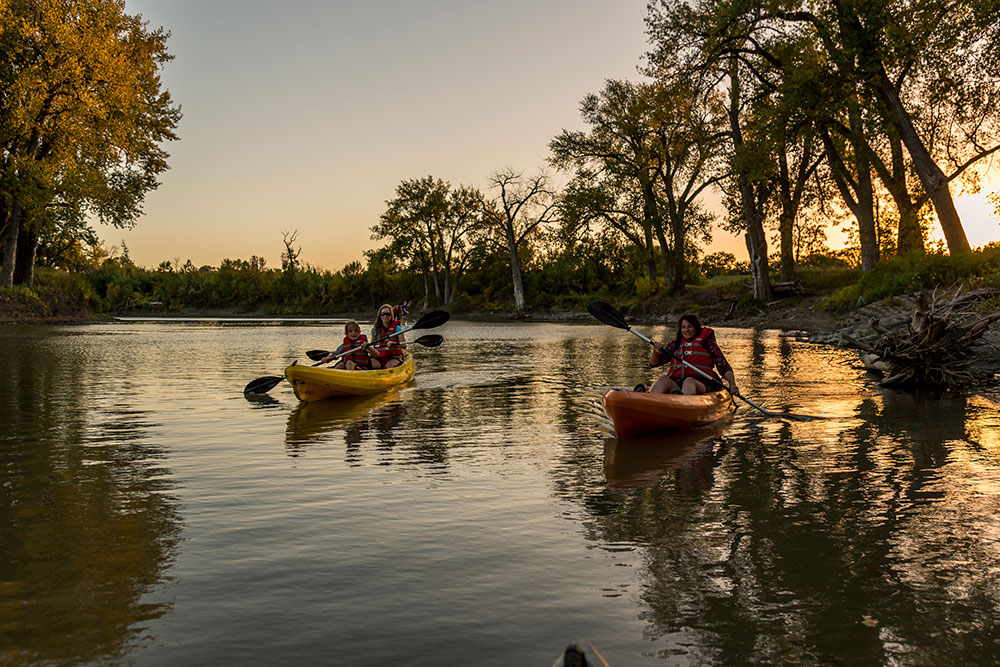 10. Float the lazy river at Splasher’s of the South Seas

The actual South Seas may be far away, but the indoor water park Splashers of the South Seas is right in Grand Forks. Attached to a downtown hotel, The Canad Inn, the 40,000-square-foot water park is fun all year round for adults and kids. Whip down the slides, relax in the hot tubs, or go tubing on the lazy river. Cabana rentals, which seat up to 20 people, meaning you’ll always have a place to party.