Skip to content
Home > NH > Manchester > Where to Live Now > 7 Reasons Manchester, NH, Is a Great Place To Live

7 Reasons Manchester, NH, Is a Great Place To Live

The list of reasons to live in Manchester, NH, is long, from its charming, walkable downtown and lively brewery scene to outstanding outdoor adventures. 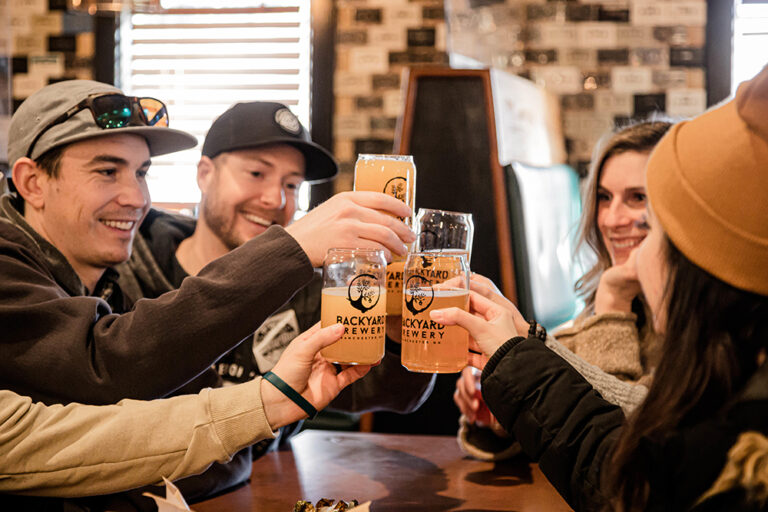 Manchester is dubbed the “Queen City” of New Hampshire, and it’s no wonder why. Originally founded in the 19th century as a manufacturing center with textile mills dotting the Merrimack River, Manchester is now chock-full of amenities and has become a cultural and business hub for the state of New Hampshire.

This midsize southern New Hampshire city is a wonderful place to live, boasting a convenient, central location, a strong economy with plenty of jobs, short commutes and walkability, plus easy access to the stunning surroundings that New England is known for. There’s something for everyone in Manchester, from the recent college graduate to the retiree.

Without further ado, here are 7 reasons Manchester is a great place to live.

1. You Can Enjoy Outdoor Activities Year-Round.

In any season, Manchester offers residents a plethora of outdoor activities in stunning surroundings. Winter brings fresh powder for those into skiing and snowboarding, and thousands flock to the popular McIntyre Ski Area. In the summer, Lake Massabesic offers pristine, clear water for kayaking and fishing. The city is also home to several parks and natural areas, including Livingston Park with gorgeous trails that traverse a pond for viewing that classic New England fall foliage.

2. There’s Arts and Culture Around Every Corner.

With an internationally-recognized art museum, a historic theater, and art galleries, this city’s arts scene is thriving — and growing.

“Manchester’s art scene was built on the bedrock of the Currier Museum, the Palace Theater and the Institute of Art and is now seeing a revitalization with the Rex Theatre, the Downtown Mural Programs and our Artist and Residency program at The Factory on Willow,” said entrepreneur and real estate developer Elizabeth Hitchcock. “I love developing spaces and businesses for the new creators, innovators and entrepreneurs coming to our city to be part of its renaissance.”

The Currier Museum of Art features rotating exhibits and art by artists like Any Warhol, Georgia O’Keefe and Pablo Picasso. The museum also owns and offers tours of two homes designed by Frank Lloyd Wright — the Zimmerman House and the Kalil House (2 of just 5 homes in New England designed by the renowned architect). Since 1915, the historic Palace Theatre has been a cultural hub for the city, and now features Broadway shows and hosts the Manchester Film Festival. Recently, the historic Rex Theatre was revitalized and reopened as a live performance space.

If you don’t want to spend all day in your car, you’re in luck in Manchester. The average commute here is 23.8 minutes, which is shorter than the national average of 26.6 minutes. But if you’d prefer to just ditch the car, downtown Manchester is extremely walkable. Residents love the city’s trails, which are used heavily by cyclists and walkers alike. The Piscataquog Trail connects West Manchester to downtown, and the Rockingham Recreational Trail connects the east side to downtown. Other highly used trails include the Riverwalk along the Heritage Trail and the newer South Manchester Trail. Organizations like Bike Manchester and Manchester Connects are continuously working to make getting around sans vehicles even easier by adding sidewalks and bike lanes.

Manchester lies in the heart of New Hampshire and offers residents easy access to almost everything. The city’s central location gives its residents easy access to both the mountains and the beach. It’s just 40 minutes from Hampton Beach and under two hours to both the beautiful White Mountain National Forest and the Green Mountain National Forest, making the perfect distance for a day trip or weekend getaway.

The Queen City is also just an hour from Boston, and many choose to live in the more affordable Manchester and commute to Boston. For those traveling for work, it’s just a quick flight to New York City via the Manchester-Boston Regional Airport located just 3 miles south of the central business district.

“With the airport close by, I can easily get to meetings and back for dinner,” said Jeremy Hitchcock, venture partner and entrepreneur.

For affordable living in New England, you can’t get much better than Manchester. In fact, while housing prices skyrocket in other cities, homebuyers are taking advantage of the still relatively affordable Manchester market. According to Zillow, the median home price in Manchester is $376,000, compared to $720,000 in Boston and $502,000 in Portland, Maine.

Another plus? The state of New Hampshire has no state income or sales tax, and those from out of state looking to move are eyeing the potential to save a few bucks.

If you’re a sports fan but want to live in the great state of New Hampshire, Manchester is your city. In fact, Manchester is the only city in the state with a professional sports team. The city proudly boasts the Fisher Cats, a Minor League Baseball team. The Northeast Delta Dental Stadium hosts games all season long so fans can get their fill of live sports in New Hampshire.

7. It Has a Thriving Economy With a Strong Tech Presence.

Manchester is known as a multi-industry city, and its top industries include communications, health care, technology and manufacturing. Some of the biggest employers include Elliot Hospital, Comcast, Citizens Bank and Southern New Hampshire University.

But the start-up scene is also growing here. With its close proximity to several colleges and universities, its central location and its affordability, Manchester has quickly become one of the best cities to start a business.

“Access to growing talent with our strong university systems is one of the many reasons I love building tech companies and raising my family here,” said Jeremy Hitchcock.

There’s no shortage of resources for start-ups. Located in Manchester, the New Hampshire Tech Alliance is a statewide initiative to assist businesses in every aspect of their growth. Early stage investment firm York IE is based in Manchester and is a great resource for those looking to start or develop their business in the Manchester area and beyond.