Skip to content
Home > OH > Dayton > Love Where You Live > An Inclusive and Welcoming Environment Leads to a Stronger, More Economically Diverse Dayton

An Inclusive and Welcoming Environment Leads to a Stronger, More Economically Diverse Dayton

Since its inception in 2011, Welcome Dayton has worked with the city’s immigrant and refugee populations to reduce barriers in the community. 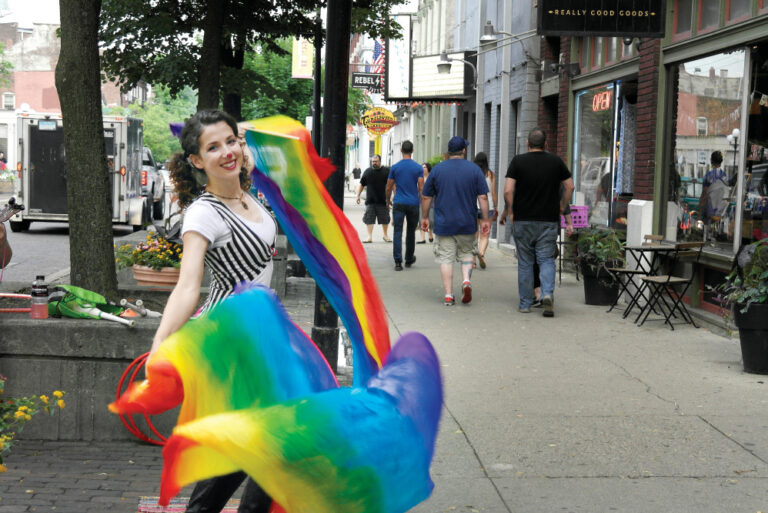 According to research from New American Economy, between 2014 and 2019, the immigrant population in Dayton and Montgomery County grew by more than 21%. Immigrants also represent nearly 6% of the region’s workforce.

Since its inception in 2011, Welcome Dayton has worked with the city’s immigrant and refugee populations as well as other community organizations and institutions to reduce barriers to opening new businesses, increase participation in government, help build trust and communication between immigrant communities and law enforcement, and increase the availability of English as a second language (ESL) and adult literacy courses, among other services.

“I think it helps make a city more successful when it’s welcoming because you’re getting people with diverse backgrounds, skills and experiences, and that makes the city a place where people want to live, work and play,” says Jeannette Horwitz, the city’s Welcome Dayton coordinator.

Alexis Sebatware, owner of Umoja East and Central African Market in the Old North Dayton neighborhood, was able to take advantage of the many resources available to immigrants to help start his business. Welcome Dayton connected him to a group of students at the University of Dayton who designed a website and Facebook page for the store. The organization also helped Sebatware integrate into the neighborhood by introducing him to the neighborhood association and other small-business owners.

“I came to Dayton as a refugee six years ago (from the Democratic Republic of the Congo),” he says. “I had a talent for doing business in my home country, but here, I didn’t know where to start … I feel like we are on a good path now. Dayton is a really good city for immigrants. You can see they really like immigrants.”

Courtney Cummings, music and program director for Temple Israel Dayton and co-director of the Jewish Cultural Festival, grew up in Dayton and, after living in New York, moved her family back to the region in large part because of its diversity.

Discover six destinations where you can soak up Dayton’s vibrant arts and culture scene.

“Every interaction that I’ve had with people from different faiths or backgrounds or ages has truly been so warm and friendly,” she says. “Many have wanted to know more about me or about Judaism or about Temple Israel. It’s important to continue to foster those kinds of relationships and that kind of connection among people with different backgrounds.”

Cummings says the festival provides an opportunity for the Jewish community to build bridges and create connections between people of different faiths and introduce the Dayton community to Judaism.

Randy Phillips, executive director of the Greater Dayton LGBT Center, says in a time when many cities across the country are “not so welcoming,” he appreciates that Dayton is a city that “welcomes and encourages people to be their individual and authentic selves.”

“We help foster a welcoming community not just with the festival, but 24-7, through everything we do. In our LGBT centers, we are creating a safe space for people to be their authentic self and share their pride in being their authentic self – whether that be in their workplace or in their living space,” he says. “We aim to be welcoming to everyone no matter who they are, from whatever background, nationality, sexuality, or gender identity.”