Broken Arrow: A Destination for Innovation

Find out why tech companies (and highly skilled workers) are flocking to this bustling city in Oklahoma. 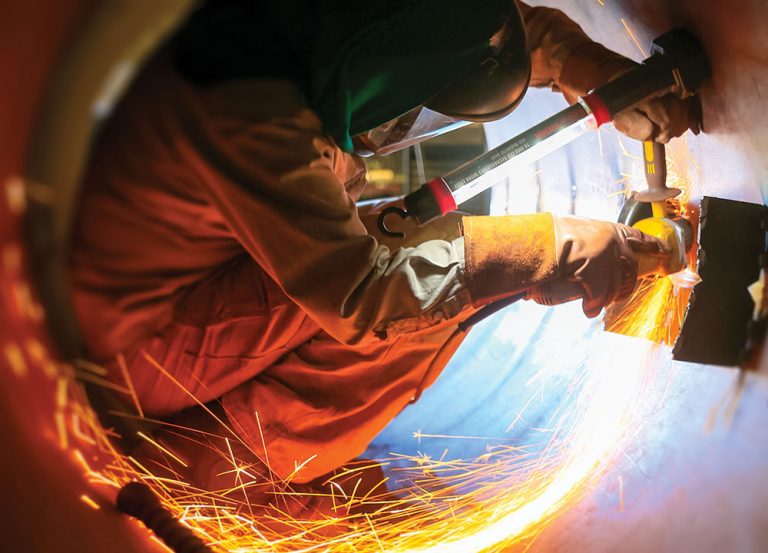 With a long legacy of innovation and a workforce that’s both entrepreneurial and technically skilled, Broken Arrow is fast becoming a major hub for high-tech engineering.

Not only is the area home to a number of companies with jobs open for engineers, but Broken Arrow has a vision in place for an ambitious Innovation District, where tech companies, manufacturers and schools will collaborate to turn out even more skilled workers as well as focus on research centered on key industries like tech, energy and aerospace manufacturing.

Among the companies making waves in Broken Arrow is aerospace company CymSTAR, which offers engineers the opportunity to work on groundbreaking simulation technologies that support the U.S. military.

Launched in 2003, the company is a HUBZone Certified and Service-Disabled Veteran-Owned Small Business that develops and produces training systems for the military as well as commercial customers. The location in Broken Arrow allows CymSTAR central access to the customers throughout the U.S.

Since its start, the company has developed and delivered more than 900 new training devices or training device modifications on more than 125 military contracts. In 2020, the company announced it would be hiring an additional 80 employees over the next three years to help support a $24.7 million Navy contract for an AV-8B Harrier weapons systems trainer.

Another company, Zeeco, has a mission to be the world’s premier combustion technology and environmental solutions company.

The company built and utilizes the world’s largest combustion research and test facility in Broken Arrow to engineer solutions to help companies that power the world operate more safely and efficiently, and with fewer harmful emissions as a byproduct of their core processes.

Established in 1979, Zeeco has more than 600 employees in Broken Arrow – its global headquarters – and more than double that number across its 25+ global offices and manufacturing facilities.

Those engineered solutions include burners, flare systems, thermal oxidizers, vapor control systems, combustion electronics and other equipment, which are manufactured in the Broken Arrow facility and shipped to various domestic and international customers, says Loree O’Sullivan, marketing manager at Zeeco.

“While we are very much an international company, with a majority of our business coming from overseas customers, we take great pride in bringing Oklahoma innovation to the world from right here in Broken Arrow,” O’Sullivan says. “Broken Arrow is not only the largest suburb of Tulsa, it also offers a large skilled workforce that has enabled us to grow exponentially over the years.”

Many of Zeeco’s employees live in Broken Arrow and enjoy a short commute to work. The location is also beneficial for the hundreds of visitors Zeeco hosts each year, O’Sullivan says, as they can easily reach its facility from Tulsa International Airport in about 20 minutes.

Education in Broken Arrow: More Than a Classroom

Here, you can find experiential and project-based learning designed to prepare students for the in-demand jobs.

In 2021, Broken Arrow acquired a 90-acre parcel in the southern part of the city for the site of a future Innovation District, a mixed-use development where people can live, work and learn.

The district will help Broken Arrow advance its evolution into a high-tech hub, bolstering the economy with high-paying career opportunities as well as preparing the next generation of skilled workers.

Ripe for innovation, the district could be home to a number of companies focused on everything from robotics and AI manufacturing to software for original equipment manufacturers, gaming, simulation and virtual reality.

“The Innovation District is an investment into the future of Broken Arrow,” says Jennifer Conway, president and CEO of the Broken Arrow Chamber of Commerce and Economic Development Corporation. “Our goal is to work with our private and public partners to develop a thriving ecosystem of economic growth and innovation while creating new jobs for our citizens.”