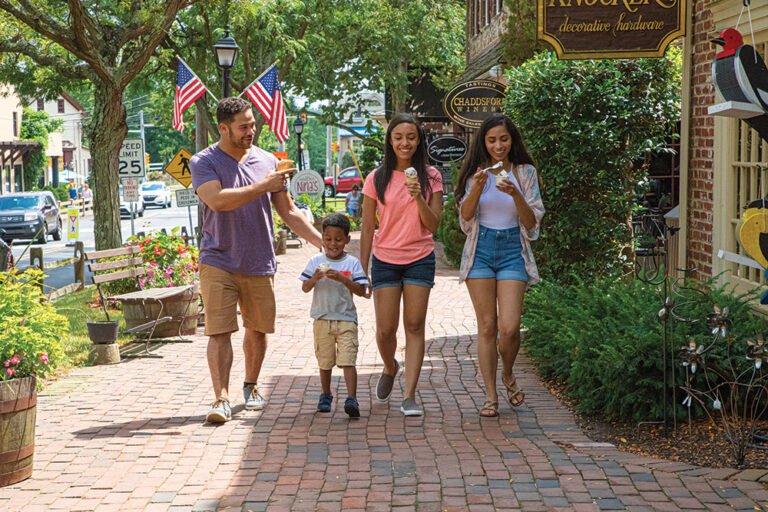 Pennsylvania offers affordability, career opportunities, high-caliber education institutions and a standout quality of life that is drawing newcomers and luring back natives. >

Moving to Pennsylvania? The toughest part is narrowing down your to-do list. Let us help.

It’s also easy to get around â€“ and to and from â€“ Pennsylvania. With its location on the East Coast and a network of major interstate highways, it is within a day’s drive of 40% of the U.S. population and 60% of the Canadian population. Air service includes a network of 15 commercial airports, including Philadelphia and Pittsburgh, which offer international flights.

With a population of 12.8 million, Pennsylvania embraces the diversity of its people and places.

Globally known cities Philadelphia and Pittsburgh, a roster of thriving and affordable communities, and some of the nation’s most beautiful public spaces make this state an inviting destination for people from around the world.

Devi Subedi is one of them. Subedi, 48, came to Pennsylvania with his wife and young son after spending 18 years in a refugee camp in eastern Nepal. Resettling in Erie in 2008 gave him a chance to start fresh. Today, he’s a small business owner, a homeowner, and a college student’s proud father; he speaks English fluently.

Bang for the Buck

Pennsylvania has no shortage of affordable places to live. The average home value is about $200,400, and the overall cost of living in Pennsylvania is lower than in any Northeast state.

Dozens of affordable communities in every part of the state provide options for every price point and personality and make the state a perfect destination for remote workers.

The 5 Most Affordable Cities in Pennsylvania

The Keystone State delivers on budget-conscious living without skimping on the amenities.

Livability.com ranked Bethlehem at the top of its Most Affordable Cities in Pennsylvania list, including Lancaster, Allentown, Harrisburg and Lebanon. Bethlehem is a perfect example of the scope of opportunity to be found in Pennsylvania’s small and midsize communities, but even major cities here like Pittsburgh and Philadelphia offer significantly lower costs of living than other East Coast metros.

The depth and diversity of the state’s economy offer opportunities, no matter what stage you are in in your career.

Eva Wasko, a public relations professional who grew up in Pennsylvania’s Lehigh Valley, moved to New York and later Los Angeles to build her career after college. After spending most of her 20s in the two huge cities, Wasko deiced to return to Pennsylvania with her husband and focus on her long-term career growth and the future.

“As a creative small business, I couldn’t think of a better place to be.”

She settled in Philadelphia, where she went to work for an advertising and marketing agency.

“Planting roots in this city has allowed me to focus on building a professional network and take more control over my career, where I want to go and how I want to grow,” she says.

Pennsylvania offers high-quality education opportunities from kindergarten through college and beyond. U.S. News & World Report lists two Pennsylvania high schools on its ranking of the top 20 high schools in the nation. Three of the nation’s top 25 school districts are in Pennsylvania, according to Niche.

If you’re looking for top colleges and universities, Pennsylvania is the place to be. The state offers a roster of world-class higher education institutions, such as the University of Pennsylvania, Carnegie Mellon University, Villanova, the University of Pittsburgh and Temple University. The Penn State University system, the 43rd largest in the world, has its flagship campus in State College and a network of 23 campuses across the state. The 14 universities are part of Pennsylvania’s State System of Higher Education, enrolling more than 100,000 degree-seeking students and thousands more in certificate and other career-development programs.

PA By the Numbers


If you’d like to learn more about the Pennsylvania area, check out the latest edition of Pennsylvania: Work Smart, Live Happy.