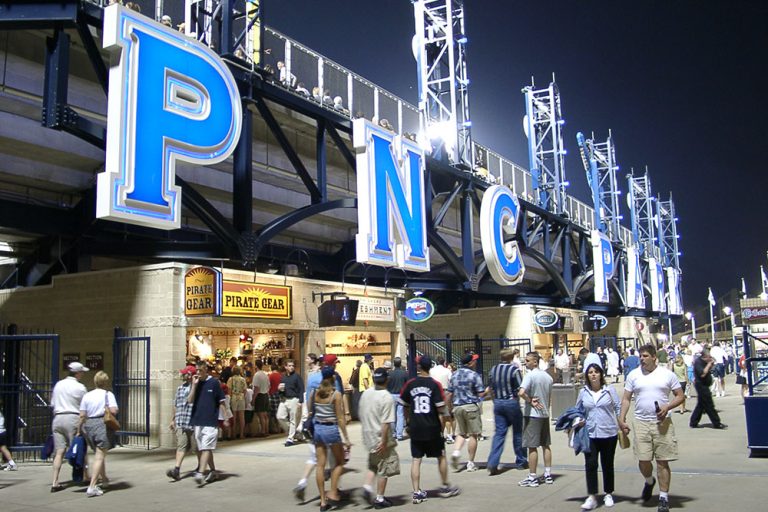 Pennsylvania is an exciting place to launch or grow your career. The Keystone State is at the forefront of tech and start-up culture, and remote workers find their dollars stretch farther here, especially compared to other tech hot spots. Adding to Pennsylvania’s resume is a thriving arts and culture scene, affordable housing options and the proximity to major metros (hello, weekend trips!). Here’s a tour of the best cities for young professionals in Pennsylvania.

Once a steel city, Pittsburgh has reinvented itself and is now a leader in autonomous vehicles and robots. In fact, this southwestern Pennsylvania city is home to one of the country’s most exciting tech scenes with ample high-paying job opportunities for young professionals — but without the sky high Silicon Valley price tags. (Median home values are $223,830 in Pittsburgh compared to $1.5 million plus in San Francisco.) Among Pittsburgh’s homegrown start-up stars are Duolingo, a language learning app, and CleanRobotics, which makes recycling-sorting robots. Carnegie Mellon University, which was the first U.S. university to offer an undergraduate degree in artificial intelligence, is also based here. Suffice it to say, Pittsburgh is living in the future.

Those who are new to the ’burgh can connect with fellow career and civic-minded residents through the Pittsburgh Young Professionals, which has 500 members and a calendar full of events. New residents have their pick of 90 different neighborhoods, from hip and trendy to quiet and secluded, and Pittsburgh is a regular on Livability’s rankings of the best places to live.

But it’s not all work here! Residents enjoy all there is to explore, whether that’s checking out the dozens of breweries or getting a pulse of the arts and culture scene at The Andy Warhol Museum or the August Wilson African American Cultural Center.

Lots of exciting things are on tap in Philadelphia for young professionals, including the impressive transformation of The Navy Yard, a former military facility that’s now a dynamic, urban waterfront development with rad public art, restaurants, parks and waterfront trails in addition to the numerous employers that are hiring. More than 170 employers occupy the mixed-use space, which is home to the headquarters for Urban Outfitters, the research campus for Penn State University, several life science and technology start-ups, and many other enterprises.

Young professionals who flock to Philly are greeted with an exciting business climate, one that’s fueled by inclusion and innovation, creativity and collaboration. Cell and gene therapy, life sciences and manufacturing are among the region’s key industries. For those new to town and looking to forge connections, the city has a thriving young professionals group with more than 400 members.

In their downtime, Philly residents have much to explore in the city, whether that’s reserving a table at one of the several buzzy, James Beard-recognized restaurants or snagging museum tickets to check out the stellar arts and culture scene. (ICYMI: The Franklin Institute is hosting the world premiere of Harry Potter: The Exhibition).

In addition to Pennsylvania’s big cities are some midsize places like Harrisburg that are piquing the interest of young professionals, especially those who are looking to become first-time homeowners and get a bigger bang for their buck as they break into this sizzling hot housing market. The median home value is $204,016 in Harrisburg, over $100,000 less than the national average, according to Zillow.

Located on the scenic Susquehanna River, Harrisburg is the state capital of Pennsylvania (architecture lovers will appreciate the state capitol building’s resemblance to St. Peter’s Basilica in Vatican City, Rome). In addition to a strong job market for government employees, other key sectors here include health care and commercial shipping. Oh, and chocolate lovers, know this: Hershey Foods Corporation is a major employer in the area.

Harrisburg offers the best of both worlds. While the city itself has a quiet, suburban feel, its location in south central Pennsylvania makes it a launching pad for big-city adventures. It’s only a two-hour drive to major metros like Washington, D.C., and Philadelphia and a little over a three-hour drive to New York City. But the city’s growing restaurant scene, major music concerts and plenty of hiking and biking trails make staying close to home fun, too.

In the mid-1800s, the Scranton brothers formed the Delaware, Lackawanna and Western Railroad from several smaller lines, creating a bustling hub for the transport of goods by steam engine. The entrepreneurial spirit remains entrenched in Scranton’s DNA today, with thriving industries that include health care, manufacturing, transportation and logistics.

With home values under $140,000, Scranton is one of the most affordable places to live on the East Coast. Plus, young professionals who are looking to launch their own business will have built-in support with Greater Scranton Chamber of Commerce’s IGNITE incubator program.

When it comes to quality of life, residents in this northeastern Pennsylvania city enjoy year-round recreational activities, from skiing at nearby Montage Mountain to hitting the links at Glenmaura National Golf Club. During the summer months, baseball fans can cheer on the home team at PNC Field. The field is where the Scranton/Wilkes-Barre RailRiders, the AAA affiliate of the New York Yankees, play ball.

With an entrepreneurial energy, growing knowledge-based workforce and a welcoming spirit, Erie is one of the state’s best-kept secrets. Amenities like Radius Cowork in the heart of downtown and tax incentive programs are draws for young professionals looking to start or scale their enterprises. Business services, production technology and education are among some of county’s top industries. And with home values just under $150,000, Erie is another spot with a relatively low cost of living, especially compared to other cities on the East Coast.

Erie County is also beckoning outdoors lovers with its 52 miles of shoreline. Presque Isle State Park on Lake Erie is a beloved destination for locals and tourists alike, and is a spot for surfing, swimming, kayaking and even ice-kiting in colder months. This region of Pennsylvania is also home to ski resorts and golf courses.