Why Rhode Island Has the Best Beaches in New England

Maine, Connecticut, the Cape and the islands: They got nothin' on Little Rhody. 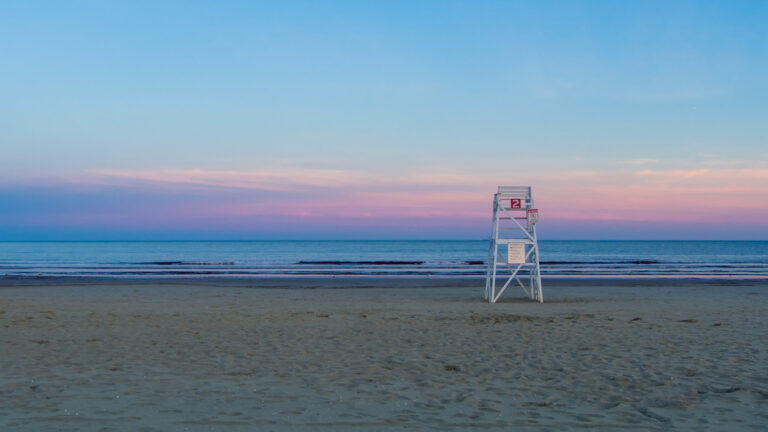 Rhode Island / Courtesy of Adam Vradenburg under a CC 4.0 license.

I may be a little biased in writing this, as I grew up in Rhode Island and spent 18 summers lounging on its beaches. But being a New Englander, I also spent a fair amount of time on beaches throughout the region, mainly the more famous ones on the Cape and the islands (Martha’s Vineyard and Nantucket).

In my mind, these are our biggest competition*. They’re big and they’re beautiful, with soft sand and lovely communities built up around them. They’re also world-renowned, thanks to the politicians and celebrities who frequent them during the summer.

The Best Things About Living in New England

Yet Rhode Island, small as it is, can hold its own. Not just that: It can flat out beat Massachusetts. Sure, again, you could argue I’m just being biased. But I don’t think I am. And here are nine objective reasons why that is.

*Yes, I know there are three other states with Atlantic coastline in New England, but I don’t really count them. Maine is too cold for my liking; Connecticut is too rocky; and I still don’t believe New Hampshire actually has a coastline.

1. The sand quality is just as good as Cape Cod’s

While the Cape and the Islands certainly have their powdery goodness, so does RI, particularly at Narragansett Town Beach and the beaches in Newport. What makes them so soft, though? According to coastal geologist Janet Freedman, there are two reasons for this. The first is the type of rock the sand is formed from.

“The finer grained sand beaches (Narragansett Town Beach and the Newport beaches) are the result of the breakdown of the Narragansett Basin rocks (metamorphosed sandstones and shales),” she wrote in an email. “The south shore beaches are a little coarser-grained and formed from the granites and granite gneisses in the western part of the state.”

The second reason, she explained, has to do with the lack of real estate development near the shore. This keeps the state from having to replenish the beaches when they erode, and dredging up coarser particles along with the sand.

“Where there is beach replenishment in RI, the sand comes from upland glacial deposits or tidal deltas in the coastal lagoons so that the sand is the same composition as what is on the beach,” she added.

This is a confusing statement, I know, but it’s reflective of an even more confusing distinction in shark attack data, mainly that it’s divided into two categories: those that are “provoked” and those that are “unprovoked.” Unprovoked attacks are what we usually hear about in the news; the surfer who was minding his own business before having a toe bitten off, or the beachgoer who was simply wading into the water before losing a calf implant. Provoked, though: Why does this even exist? Aside from Steve Irwin (RIP), who in their right mind would voluntarily touch, poke, or “tease” a shark? Mind you, many provoked attacks happen with sharks in captivity, but still: Maybe we could find a better word than “provoked” to describe them? Perhaps “interactive”? Or “I honestly didn’t think he’d get mad if I reeled him into the boat”?

One of my favorite things about going home to Rhode Island in the summer is exploring the numerous salt ponds along the coast. They afford a couple of things the beach does not, including warmer and shallower water, less people, kayaking and paddle boarding, fishing, and quahogging.

If you’re familiar with the show Family Guy, you’ve probably heard the term “quahog” for many years now. There is not actually a city in Rhode Island named Quahog, though it’s kind of surprising there isn’t based upon the number of times a Rhode Islander will use this term in their lifetime.

To clarify: Quahogs are clams, and the term stems from the Narragansett word for them, “poquauhock.” Quahogging is the act of digging them out of the shore using a potato digger, a special kind of hand rake.

4. Hurricanes are more rare than on the Cape and the islands

This sounds silly, as the Cape and the islands are in such close proximity to Rhode Island. But those miles make all the difference when it comes to hurricanes.

If you look at it historically, RI has experienced significantly less tropical action than the Cape and the islands over the past two centuries, with a majority of RI storms coming late in the season–August, September, October. So, if you’re headed to the Ocean State, shoot for June and July! (Though, I’d recommend July, as the water is warmer then.)

T Swizzle purchased a mansion in Rhode Island’s exclusive Watch Hill neighborhood in 2013. It’s massive, and last summer while I was visiting, she had a big Fourth of July party at it and invited some of her famous friends, including Ed Sheerhan, Calvin Harris, Gigi Hadid and Joe Jonas.

6. The incredible array of food

Rhode Island is known primarily for two types of cuisine: seafood and Italian. But really, what other kinds do you need?

Federal Hill in Providence has some of the best Italian food in the country. If you swing down to Matunuck, you can stop in at the Matunuck Oyster Bar, which has become one of the most famous restaurants in the state after Bruce Willis ate there while filming Wes Anderson’s Moonrise Kingdom. One of my good friends lives near it, and when he takes me out on his boat, we pass the oyster farmers harvesting them in the saltwater pond the restaurant sits on. The wait can be ridiculous, though, so if you don’t want to bother, just head down the road to Jim’s Dock and get an order of clam fritters. Jim’s also has great waterfront views of Point Judith.

Other restaurants to try:

Vetrano’s in Westerly RI. Get their buffalo chicken pizza. It’ll change your life.

The Coast Guard House in Narragansett RI. Right on the ocean. Like, you could eat a steak, walk out the door and step into the Atlantic.

The Dog Watch Cafe in Stonington CT. The chowdah. The drinks. The view.

S&P Oyster Co. in Mystic CT. The chowdah. The drinks. The view.

Siena in East Greenwich RI. Some seriously great Italian food. You’ll need to dress up for this one, so no cargo shorts DAD.

Iggy’s Doughboy & Chowder House in Warwick, RI. This is your classic mecca for fried seafood, and RI’s most traditional fare, “clam fritters,” which are basically clam strips thrown into a ball of dough and fried. Get some chowder to dip them in.

7. The amount of day trip options within two hours

When you visit the Cape and the islands, you run the risk of having the week rained out and being a long drive–or a ferry ride and a long drive–away from anything to do. In Rhode Island, though? Not a problem.

Depending where you are in the state, you’re almost always less than two hours away from cool attractions. Some of these include: Mystic Seaport, the Newport Mansions, Samuel Slater Mill, Mark Twain House & Museum, Block Island, Providence, and even Boston.

Did I also mention the food options nearby?

One of the best things about a New England summer is the coastal ice cream shops. Most in RI make their own, and they go particularly well with a meal of fried seafood.

Rhode Island is also the only place I’ve ever seen my favorite flavor: black raspberry. This isn’t black raspberry with chunks of chocolate like you’ll find most grocery stores: This is just plain, old black raspberry. Many also make a delicious peach ice cream.

Vanilla Bean in Matunuck, RI. Make sure to bring cash, as that’s all they accept.

Newport Creamery. There are several locations throughout the state. This is an RI tradition. Get an “Awful Awful”. Just trust me.

Little Rhody Ice Cream in West Warwick, RI. Some of the best in the state.

Buttonwood Farms in Griswold, CT. If you’re there in late July, try their sunflower seed ice cream. It’s out of this world.

Mystic Drawbridge in Mystic, CT. Ok, another not in RI, but it’s close by and worth the trip.

When I was growing up, there were two places you got your coffee in Rhode Island: Dunkin Donuts or Bess Eaton. There was also Honey Dew, but I can’t name one person who’s ever said to me, “Honey Dew is my go-to.”

Bess Eaton, though: They’ve got brand loyalty. My best friend’s dad used to work for them and swears the difference in their iced coffee isn’t so much the coffee, but the creamer they use; and I have to agree. If you like coffee with cream in it (or cream with coffee in it, like we often drink RI), this will be your Nirvana. There are only four shops in the whole state, but I promise you, they’re worth a trip.