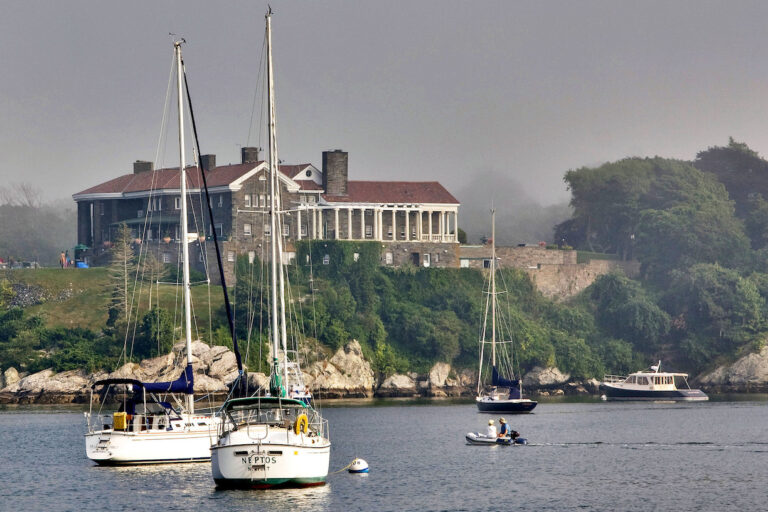 Courtesy of JJBers under a CC 2.0 license.

More than 400 miles of coastline and hundreds of historic landmarks add to the beauty of Rhode Island, and The Ocean State features numerous communities that are nice places to live, work and play.

Founded in 1642, more than 30 individual villages are located in Warwick. The city houses T. F. Green Airport, which serves Providence and is Rhode Island’s main airport. Contributing to the quality of life in Warwick are Kent Memorial Hospital, Community College of Rhode Island and several shopping venues.

Nicknamed “Sailing Capital of the World,” Newport is a seaside city known for being a preferred New England warm-weather resort and famous for its multi-million-dollar Newport mansions and historic colonial buildings. Summertime events include a Newport Jazz Festival, and the International Tennis Hall of Fame is headquartered in the city.

The capital of Rhode Island and home to Brown University, Providence was founded in 1636 and is one of the oldest cities in America. Providence has eight hospitals and seven institutes of higher learning, and residential amenities include a large park system, 25 official neighborhoods and access to Narragansett Bay.

More than 35 neighborhoods and villages make up the city of Cranston, a historically safe community with a well-regarded public school system. Four freeways run through Cranston, and the Providence River provides 3 1/2 miles of shoreline. The city has nearly 225 manufacturing companies and three industrial parks.

Sharing a border with Providence is Pawtucket, home to toy manufacturer Hasbro. Pawtucket also has several distribution companies thanks to its proximity to Interstate 95 and U.S. 1, and the downtown district is an attractive shopping and restaurant destination. Baseball’s Pawtucket Red Sox are the AAA affiliate of the Boston Red Sox.

Directly south of the Massachusetts state line is Woonsocket, home to Landmark Medical Center as well as the national headquarters of pharmacy services provider CVS Health. Numerous historic sites are in Woonsocket, including a John Arnold House that dates to 1712. A large Autumnfest cultural festival occurs every Columbus Day weekend in the city.

In the town of Middletown is the small metropolis of Newport East, a census-designated place that features multiple buildings on the National Register of Historic Places. A good parks system serves residents, and the median income for households tops $70,000. The community’s location offers easy access to convenient transportation corridors.

The village of Valley Falls is an upscale community where the median income for families is around $70,000, and Warren Buffett’s Berkshire Hathaway company was originally founded in Valley Falls. A good recreation system is highlighted by Valley Falls Heritage Park, and a number of entertaining nightspots are available to residents.

In southwest Rhode Island along the Pawcatuck River is Westerly, a town that transforms into a tourism destination during the summer when the population more than doubles. Attractions include beaches named East, Misquamicut, Watch Hill, Weekapaug and Westerly Town, and residents have access to a regional Westerly State Airport.