Things to Do in Providence, RI 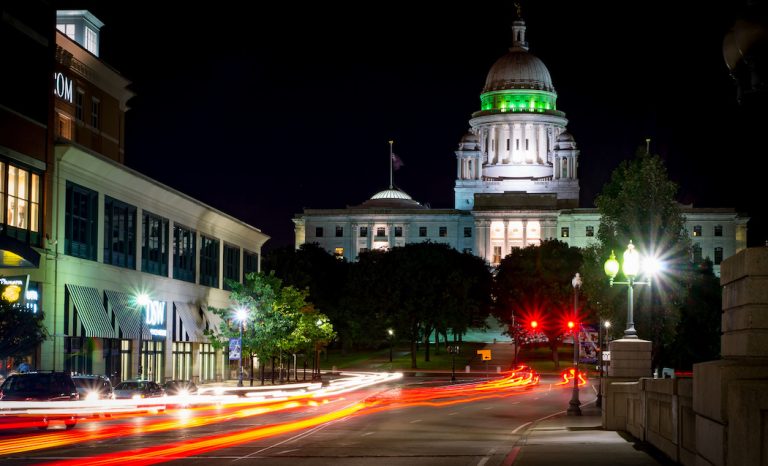 Courtesy of John Carter Brown Library under a CC 2.0 license.

The capital of Rhode Island dates to 1636, and several sites in Providence emphasize the city’s beauty and history.

With several buildings dating before the Revolutionary War, a one-mile walk along Benefit Street provides architecture fans with views of the highest concentration of colonial buildings in the United States. Sites along the cobblestone thoroughfare include Brown University, First Baptist Church, Rhode Island School of Design, and a 1792 Nightingale-Brown House.

Why Rhode Island Has the Best Beaches in New England

Near the Rhode Island State House and Providence Station is Providence Place Mall, at the interchange of I-95, I-195 and U.S. 6. The urban shopping destination spanning 1.4 million square feet has 160 stores, including Macy’s and Nordstrom, several restaurants and the Providence Place Cinema 16.

3. Have a Drink at the White Horse Tavern

Constructed in 1652 in nearby Newport, White Horse Tavern is one of the oldest buildings in America. Located on the corner of Farewell and Marlborough streets, the structure was used in the past as a courthouse, city hall and Rhode Island General Assembly meeting place, and today remains a popular drinking and dining establishment.

Departing from the Visitor Information Center at the Rhode Island Convention Center are daily Experience Rhode Island Tours, billed as lively two-hour journeys that tell the story of Providence. The sightseeing bus tour stops at several sites for photo opportunities along with a visit to a local restaurant for dessert.

More than 100 species of rare animals are on display at Roger Williams Park Zoo, founded in 1872 and one of the oldest zoos in America. About 600,000 people visit it annually to see animals like bald eagles, red wolves, African wild dogs, Chilean flamingoes, red pandas, tree kangaroos and Chinese alligators.

Voted among the “Top 100 Restaurants in America” by Esquire, Hot Club has been a part of the Providence dining scene for more than 25 years, occupying a building overlooking the skyline and Providence River. Hot Club is open every day of the year from noon to 1 a.m. for lunch, dinner and drinks.

Occupying Roger Williams Park is the Museum of Natural History & Planetarium, which opened in 1896 and now contains more than 250,000 artifacts. The museum has 350 million-year-old plant fossils, along with 20,000 archeological finds like baskets, textiles, tools and carvings. In the planetarium, public shows are offered each weekend.

Built with opulence in mind, Marble House in nearby Newport was constructed in the late 1800s by William Vanderbilt, grandson of steamship and railroad baron Cornelius Vanderbilt. The architecture of Marble House was inspired by a palace in Versailles, and $7 million was spent on marble that graces all aspects of the Vanderbilt estate. Guided tours are available.

Providence: One of the 10 Best Downtowns in the U.S.

9. Stare at a Picasso

The 20th largest art museum in the United States is Rhode Island School of Design Museum of Art, founded in 1877 and currently housing 86,000 pieces. They include a 12th century Japanese Buddha, as well as Paul Revere’s silver collection. The museum also features paintings from masters like Picasso, Monet, Manet and Andy Warhol.

Situated in the city’s arts and entertainment district is Providence Performing Arts Center, a 3,000-seat, multi-use theater that hosts touring Broadway shows, concerts, plays, movies and stand-up comedians. The building on Weybosset Street opened in 1928 and has been restored to its original splendor after being designated for demolition in the late 1970s.