Skip to content
Home > SC > Charleston > Where to Live Now > Moving to Charleston? Here Are the Basics

Moving to Charleston? Here Are the Basics

Charmed by Charleston? Here's everything you need to know about making a move to the Holy City. 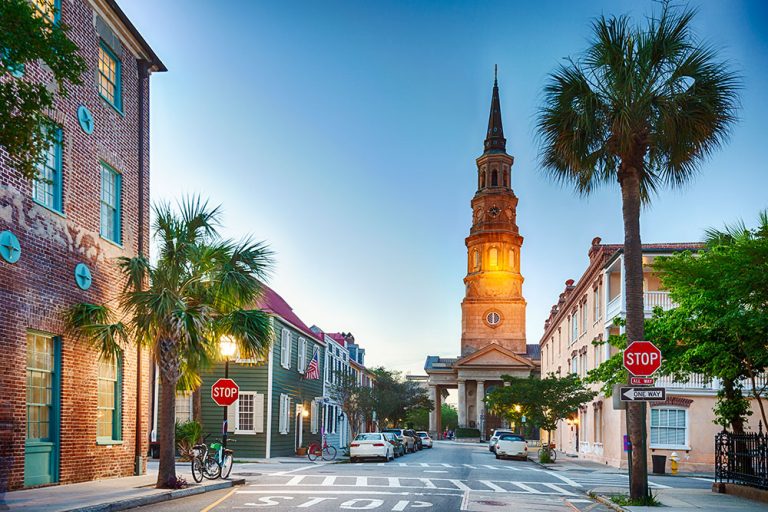 Charleston, SC is as charming as it gets. They call it the Holy City because of its many historic churches, but we think it’s because it’s just so jaw-droppingly beautiful.

Its pastel antebellum buildings, cobblestone streets, killer food scene and pristine beaches make it easy to envision a dreamy lifestyle. Thinking of making your Charleston dreams a reality? To help you prepare for your move to Charleston, we put all the facts and info you’ll need in one convenient place:

Because of its proximity to the Atlantic, Charleston has a humid, subtropical climate. You can expect hot, hot, rainy summers, with half of the year’s annual rainfall during the summer season.

But! If you don’t have a winter coat, you won’t need one here. Winters are extremely mild, with an average high in the 60’s and overnight lows in the upper 30’s.

All of Charleston’s beauty and amenities come with an above-average cost of living. Charleston comes in at a score of 114 – 14 points higher than the national average. An average rent for one will cost you $1,134, with an average home price clocking in at $301,695. Those looking to rent or buy in the Charleston area still have cheaper options in Summerville, Goose Creek and James Island if you don’t mind living a little bit outside of city limits.

More and more teachers can’t afford to live in their own school districts. These cities (and startups) are finding innovative ways to change that.

Bigger corporations and small startups alike are flocking to Charleston area, with its major industries being technology, higher education and, of course, tourism. The city’s top employers are the Joint Base Charleston, the Medical University of Charleston and the Boeing Company. Other top employers in Charleston include Walmart Inc. and Roper St. Francis Healthcare.

Charleston has long been recognized for its pro-business policies that continue to push the city to the top of job market lists. Why? Below-average state corporate income tax and local sales taxes, along with below-average land and building costs have secured Charleston County as a world-class business destination.

Charleston is a top US tourist destination, but that doesn’t mean residents don’t enjoy the local attractions as well! Iconic Rainbow Row features thirteen pastel Georgian row houses and is the ideal spot for a classic horse-drawn carriage ride. The city is chock-full of history, and if you’re moving to Charleston, you better read up on the Civil War. The Fort Sumter National Monument is where the war began, and can be visited for free (but you’ll need a ferry ride!). Meanwhile, you can get your beach fix at the unspoiled Isle of Palms just 25 minutes south of the city.

Where to Eat (short answer: everywhere)

Charleston food is the stuff of legends. Restaurants like FIG, The Granary and Husk consistently land on “best ofâ€ lists, and for good reason. Fresh seafood abounds here, and you can get your oyster fix at The Darling Oyster Bar. Roadside Seafood dishes up heavenly fresh catch baskets in low-key, beachy digs. For something extravagant, the upscale Charleston Grill has some of the best crab cakes in town.

If you can work from anywhere, why not work from paradise?

How to Get Around

Getting around in Charleston is easy, because all you really need are your two feet. You’ll of course need a car, too, but the city is very walkable and easy to bike in because it’s so flat. The city has no light rail system, but does offer an affordable bus and trolley system. The city’s smaller size leads to a less-than average commute time of 24.8 minutes.