Gorgeous natural beauty and plenty of things to do and see – what’s not to love about this thriving Western city? 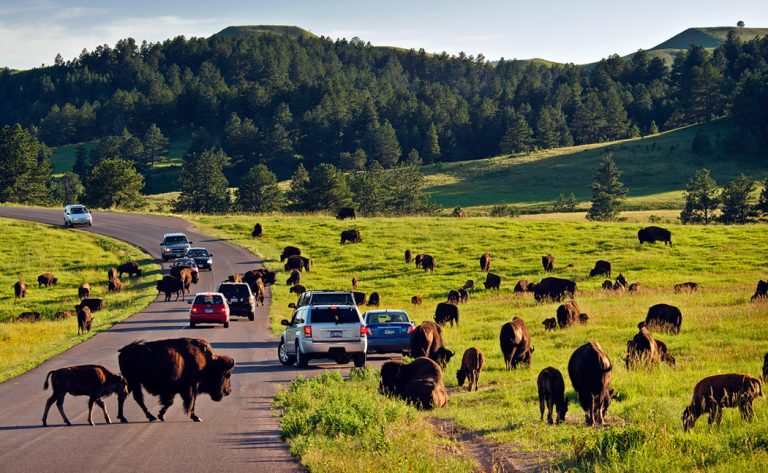 Yes, it’s where you’ll find Mount Rushmore, but Rapid City, S.D., is so much more than the iconic American figures high up on a mountain face. It’s a city that lays claim to the largest public art project currently underway in the U.S. It’s a city with an historic downtown that holds three dozen restaurants. It’s a community with one of the nation’s top tech universities and a dramatic setting among the fabled Black Hills and the Badlands. No wonder so many young professionals are finding this medium-size city a great place to live and work.

Here are eight reasons you should pack up and join them:

Let’s get right to the point about Mother Nature: You’d be hard-pressed to find more of it anywhere else in the country. Rapid City is within an hour’s drive of five national parks and monuments, where you’ll find mind-blowing scenery and unparalleled outdoor recreational opportunities. Yes, Rushmore, but don’t miss the chance to actually see where the buffalo (okay, bison) roam in Custer State Park.

Yes, you are, at Juniper. Here at one of the city’s best restaurants, Chef Pete Franklin focuses on locally sourced food, including fresh seafood, to prepare an eclectic menu that’s been getting raves. On Friday and Saturday nights a $65 prix fix option gives diners unlimited access to every dish on the menu. Discover this culinary gem at 5634 Sheridan Lake Rd.

Rapid City has many lovely neighborhoods, but the West Boulevard area is unique. Historic homes line the streets, some from the earliest days of the city in the late 1870s. A lot of history was made here over the years, and current residents love the area’s proximity to everything downtown Rapid City has to offer.

The country’s largest public art project is underway around Main Street Square, where 21 huge blocks of granite are slowly being transformed by sculptor Masayuki Nagase over a period of five years. Begun in 2013, the Rapid City Sculpture Project is titled The Passage of Wind and Water, evoking the nature and history of both the Badlands and the Black Hills in its abstract designs.

When it comes to technology, few places do it as well as the South Dakota School of Mines and Technology, one of the top schools of its kind in the U.S. SDSMT’s 2,800 students pursue undergraduate and graduate degrees in 16 different fields, including pre-med and pre-law, and also carry a course load that includes liberal arts. The school’s athletic teams are called – what else? – the Hardrockers.

Looking for something a bit offbeat? Head for Art Alley, between 6th and 7th Streets off Main, where you’ll find the most irrepressible art vibe imaginable. Graffiti, pop art, abstract imagining and of-the-moment expression is everywhere in this changing open-air street scene.

The importance of Native American history and culture is unmistakable here, and there are countless ways to acquaint yourself with both all around the city. The Prairie Edge Trading Company and Galleries carries an enormous selection of Native American art and handmade items, and the Crazy Horse Memorial, a monumental mountainside sculpture of the famed Lakota leader, is also home to the Indian Museum of North America® and the Native American Educational & Cultural Center.

There’s just about no better way to take in the beauty of the Rapid City area than on wheels of your choice. Mountains, valleys, forests, wildlife – all are there waiting for you to admire on a number of great drives. Don’t miss the (former senator and governor) Peter Norbeck Scenic Byway, with its 68 miles of looping roads and pristine Black Hills landscapes. Just breathe.