Skip to content
Home > TN > Chattanooga > Where to Live Now > Why Chattanooga, TN Is One of the Best Places to Live

Natural beauty, a thriving arts scene and a business climate ripe for entrepreneurship. 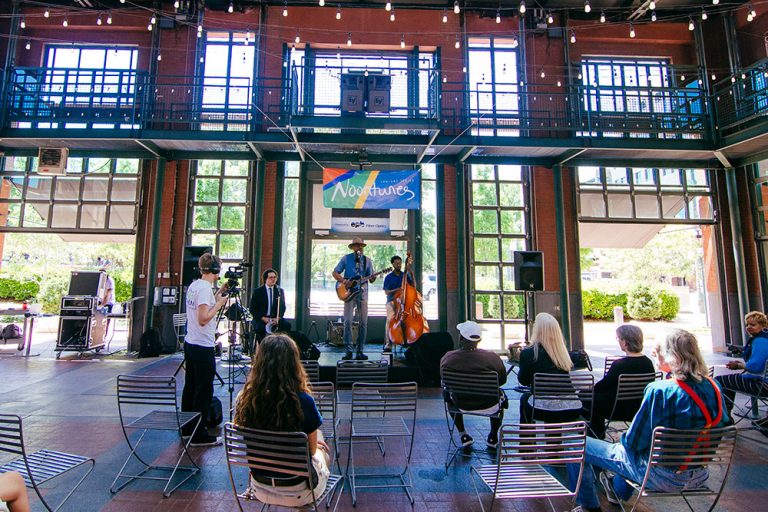 Nestled at the base of Lookout Mountain along the Tennessee River, Chattanooga easily earns its Scenic City moniker. True, the city is a favorite among outdoor lovers, but Gig City – as it’s been nicknamed due to it having the largest citywide gigabit-speed internet – is equally appealing to urbanites looking to take advantage of its growing job market and quality of life amenities. All these reasons combined to land Chattanooga on both the Livability.com lists of the 2014 Top 100 Best Places to Live and the Top 10 Downtowns and is why the city continues to be one of the best places to live in America.

With access to rock climbing, mountain biking, hiking, boating, fishing, white water rafting, hang gliding and even spelunking, it’s easy to see why Chattanooga was named the Best Town Ever by Outside magazine.

The Tennessee River offers a host of recreational opportunities, both in the water and along its banks. Residents can start their tour of the mighty river at the Tennessee Riverpark downtown, which boasts several miles of hiking and biking trails, boat ramps and fishing piers for easy river access. Just minutes from downtown, Lookout Mountain offers majestic views of Chattanooga and the surrounding area. In fact, on a clear day, it’s said you can see the borders of seven different states from its apex. At Ruby Falls, visitors can tour one of the largest caves and get a glimpse of the country’s largest underground waterfall. East of the city, the Ocoee River provides world-class white water rafting, canoeing and kayaking.

5 Things Only True Chattanoogans Will Understand

Chattanooga’s parks and recreation department manages more than 50 city and neighborhood parks, dog parks, trails and green spaces, including Coolidge Park, which features a circa 1894 Dentzel carousel. The city’s outdoor amenities are one reason the founders of Bellhops, a peer-to-peer moving company, settled on Chattanooga for their start-up.

“We have to be able to recruit world class talent to compete at the levels of companies based in New York City or San Francisco. In order to do that you have to a place that people want to move to,â€ says Cameron Doody, co-founder of Bellhops. “Chattanooga, as we all know, is a fantastic place to recruit to because of its natural characteristic. It’s such an outdoor friendly city with hiking and mountain biking and climbing and all of these things that mean a lot to Millennials and people who want to have a healthy work life balance.”

With an influx of tech-based companies and start-ups like Bellhops, Chattanooga’s knowledge economy is experiencing a major growth spurt, requiring more technically skilled workers to fill the talent pipeline. The city’s schools have stepped up to the plate to meet those workforce needs with a number of programs that prepare students for jobs of the future.

Why Entrepreneurs and Tech Startups Are Flocking to Chattanooga, TN

Each year, the University of Tennessee at Chattanooga Challenger STEM Learning Center hosts some 7,000 elementary and middle school students, who are taught to use math and science in simulated space shuttle missions. Students are also introduced to high tech skills, such as robotics and 3D printing. The STEM School Chattanooga, a public high school on the campus of Chattanooga State Community College and one of 13 magnet schools in the Hamilton County school system, promotes the 21st century skills of problem solving, communication and collaboration through hands-on projects that challenge them to think critically. Students are granted access the Chattanooga State’s libraries, laboratories and faculty, and the college also hosts Hamilton County Department of Education’s Collegiate High School, which allows students to simultaneously earn a high school diploma and associate’s degree.

A Downtown Still on the Upswing

Downtown is Chattanooga’s crown jewel. Not only is downtown family friendly – boasting one of the nation’s top aquatic attractions, the 200,000-square-foot Tennessee Aquarium, and the adjacent Ross’s Landing river pier, marina and amphitheater – but downtown is also home base for the city’s vibrant arts and culture scene. A centerpiece of the arts scene is the Hunter Museum of American Art, which features works from the 19th Century and the age of American Impressionism as well as early modernism and contemporary art post World War II. On the opposite bank of the river, across the Walnut Street Pedestrian Bridge, is the Bluff View Arts District – a thriving artistic enclave lined with historic homes, artist studios, quaint shops, cozy restaurants and flanked by the River Gallery Sculpture Garden.

“Chattanooga has a thriving art scene. We have a symphony as well as a huge amount of outdoor art, and that’s really a cornerstone in the redevelopment of the city,â€ says Charles Wood, Vice President of Economic Development for the Chattanooga Area Chamber of Commerce. “If you look at our 21st century riverfront, a big part of its expansion was the Hunter Museum. Then we have organizations, such as Arts Build, which is focused on integrating arts into the community, but also focused on entrepreneurship. The organization is building a new facility inside the Innovation District downtown that will have workspace for artists. This is a city that’s very collaborative, so we really encourage young entrepreneurs and Millennials to get engaged and get involved and be a part of the community.”