This Southern State Is One HOT Commodity

$12.8 billion in private investments. 34,000 announced jobs. And that's just in 2021. If you're a company, investor or innovator, it may be time to get to know Tennessee. 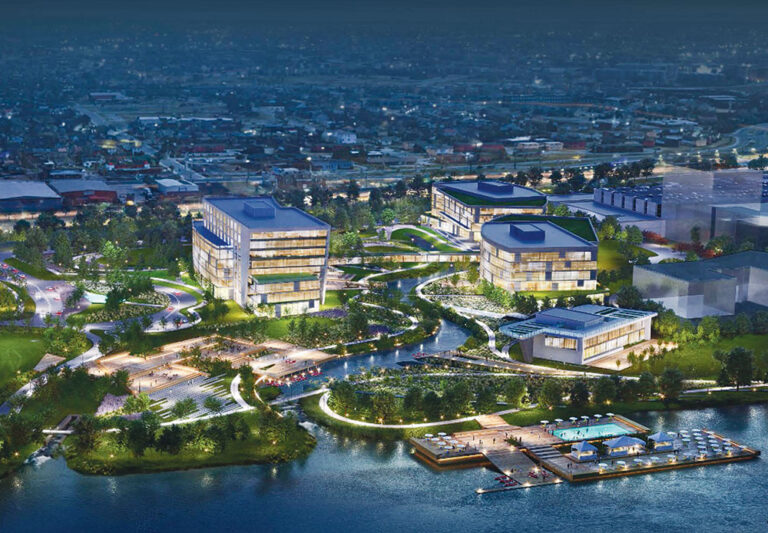 There’s a good chance the electric vehicle and its charging station in your garage, the software managing your computer’s database and even the pet supplies delivered to your door came from a company that recently selected Tennessee as the place to invest and create jobs.

Companies are investing in Tennessee because of a winning combination of affordability, low business costs, prime location, superior transportation infrastructure and high-quality workforce that has turned the state into an economic powerhouse. The state attracted more than $12.8 billion in private investment and 34,000 announced jobs in 2021 alone.

The state is home to more than 1,000 foreign-based businesses that have invested more than $40 billion and employ nearly 156,000 people.

Tennessee ranks second in the nation in job growth from foreign-based employers, a number that increased by more than 33% in the past five years, according to the Global Business Alliance.

Tennessee is a leader in the automotive industry’s rapid transition to the production of electric vehicles.

Ford Motor Co. selected the Megasite of West Tennessee for one of the country’s largest battery and vehicle manufacturing campuses. Ford and SK Innovation will invest $5.6 billion to build a 3,500-acre campus called Blue Oval City where production of electric F-series trucks will begin in 2025. The project will create 5,800 jobs. SK Innovation is a global energy conglomerate headquartered in South Korea.

Ultium Cells, a joint venture of South Korea-based LG Energy Solution and General Motors, is investing more than $2.3 billion in Spring Hill to build its second battery cell manufacturing plant in the U.S. The project will create 1,300 new manufacturing jobs. Once operational, the plant will supply battery cells to GM’s Spring Hill assembly plant. GM is investing $2 billion in the assembly plant to begin the transition to become the company’s third electric vehicle manufacturing site.

Microvast announced the investment of $220 million to establish a facility in Clarksville for production of battery components. The company plans to create 287 jobs in Montgomery County.

Tritium, a global leader in the electric vehicle charging industry, selected Lebanon as its U.S. manufacturing base. The company expects to create more than 500 jobs over the next five years in Wilson County, where it will produce fast chargers.

Widespread Growth Around the State

Other industry sectors are growing in Tennessee, as well.

Oracle, the world’s leading database management company, is investing $1.2 billion to create a new, 60-acre office hub in Nashville. The project will bring 8,500 jobs to the area.

Thermo Fisher Scientific is investing at least $100 million in a new manufacturing facility in Wilson County, where it will produce containers and fluid transfer assemblies used globally by biopharma companies. The company will create about 400 jobs in the near term and expects that number to grow to more than 1,400.

Chewy, a leading innovator in home delivery of pet products, supplies and prescriptions, selected Wilson County as the site of a regional e-commerce fulfillment center. The company is creating 1,200 jobs. The fulfillment center is within 650 miles of 50% of the U.S. population and a one-day trucking distance to 75% of U.S. markets.

“We look forward to investing in the local community through the creation of 1,200 new jobs,” says Pete Krillies, vice president of real estate, facilities, procurement of Chewy Inc. “This new location will also extend our fulfillment network in the Southeast region, allowing us to provide even faster delivery to more than 19 million active customers around the country.”