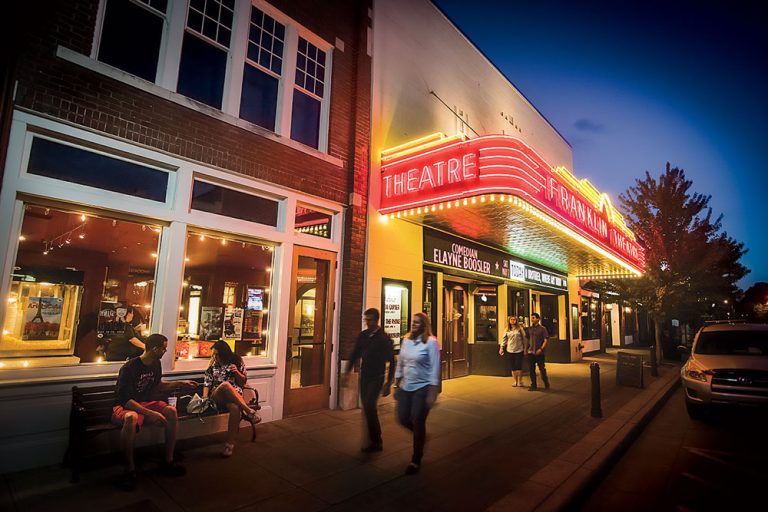 Franklin is one of Tennessee’s fastest-growing cities, a city that consistently tops Best Places lists (including Livability.com’s 2020 list). Its 83,000+ population has surged by more than a third in the last decade.

Though known for its historic charm, Franklin is looking to the future, with new developments happening all around. In the heart of downtown, you’ll find a new hotel, The Harpeth, which honors Franklin’s history while offering luxurious rooms and good eats. In Cool Springs, mixed-use developments continue their surge, appealing to the increasing number of young professionals and empty-nesters.

It’s obvious this city is magical — here’s a peek behind the scenes.

One of Tennessee’s more affluent communities, Brentwood is a draw for executives, professionals, entertainers and sports figures. Median home values top $700,000, but the community offers a number of attractive neighborhoods with lower price points.

Brentwood boasts a strong business community and a high standard of living, and the city is home to one of Livability’s Top 10 Libraries for Children. Residents enjoy quality schools, abundant recreational amenities and easy access to all the sights and sounds of Nashville.

Start with these spots for fun indoors and out

Plus, there is plenty of room to stretch your legs. The spacious Crockett Park leads an impressive lineup of the city’s vast system of parks and trails.

Recent developments, such as the mixed-use Hill Center, give residents even more restaurant and retail choices. Brentwood’s Maryland Farms complex hosts a number of the region’s largest employers, including Tractor Supply Co. and Comdata.

Park lovers, listen up: Fairview is calling your name. Home to one of the largest city parks in the state (Bowie Nature Park), this community is also home to the award-winning Fairview Ball Park, providing an ideal space for recreational sports.

Fairview is an affordable place to live, as the median home price is $295,000 and the median gross rent comes in at $1,000. Each summer, Fairview hosts an epic Independence Day celebration at City Hall, packed with activities for the whole family.

Educational institutions in this area are highly rated – Fairview High School is especially known for its abundant extracurricular activities.

A part of both Maury and Williamson counties, Spring Hill is rapidly expanding. The Williamson County section of Spring Hill, one of Tennessee’s fastest-growing cities, has a population of more than 29,000.

It is best known as General Motors’ (GM) Spring Hill Manufacturing plant’s home, but the community is more than just GM. New businesses are popping up all over, from quirky coffee shops to exercise facilities to unique boutiques and more.

Recreational activities and fun for the whole family await in Williamson County.

Home to many historic sites, Spring Hill seamlessly blends its rich heritage with progress in the present.

Spring Hill is one of the more affordable cities in the region, offering proximity to Nashville and affordable housing for both renters and prospective homebuyers. The median home price in 2019 was $297,000, according to Zillow.

An unincorporated village about 8 miles west of downtown Franklin, Leiper’s Fork bursts with Southern personality and small-town charm. For a place, so geographically small, it packs a serious punch, offering a bit of something for everyone.

A creative hub, Leiper’s Fork features multiple art galleries, antique shops and regular open mic nights and live performances at venues such as the venerable Puckett’s Grocery & General Store and the Lawnchair Theater, where visitors can gather together and view outdoor movies.

Nestled between Franklin and Spring Hill lies the town of Thompson’s Station, a fast-growing community of 7,100 residents. According to Zillow, average household incomes top $120,000, and the median home price is $397,000.

With plenty of open spaces, rolling hillsides and multiple parks, Thompson’s Station is ideal for those who want an alternative to high-density living. There’s definitely a more small-town, country vibe to the area, but Nashville and Franklin’s close proximity makes entertainment and shopping easily accessible.

6 Ways to Have Family Fun in Franklin

Residents in Williamson County can easily access activities that are fun for the whole family.

Thompson’s Station is known for being family-friendly, appealing to parents who want to take advantage of Williamson County’s excellent school system.

Thompson’s Station is also known for having extremely low crime rates, and most residents tout safety as one of its top perks.

Named after William Nolen, a Revolutionary War veteran, and established in 1797, Nolensville has come a long way from its humble beginnings, experiencing an unprecedented amount of growth in the last decade.

Approximately 22 miles southeast of Nashville, what was once a sleepy rural community is now a bustling town of 12,000+ residents (and counting!). In fact, Realtor.com added Nolensville to its list of the 10 fastest-growing suburban areas in the country in 2018. These days, new construction is still springing up left and right, from housing developments to a new town hall. 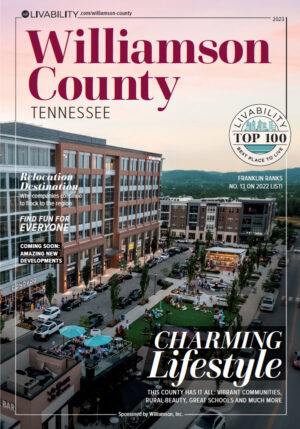 This digital edition of the Livability Williamson County, TN is sponsored by The Heritage of Brentwood.