Skip to content
Home > TN > Franklin > Where to Live Now > Why Franklin, TN Is One of America’s Top Places to Live

It's obvious this city is magical — here's a peek behind the scenes. 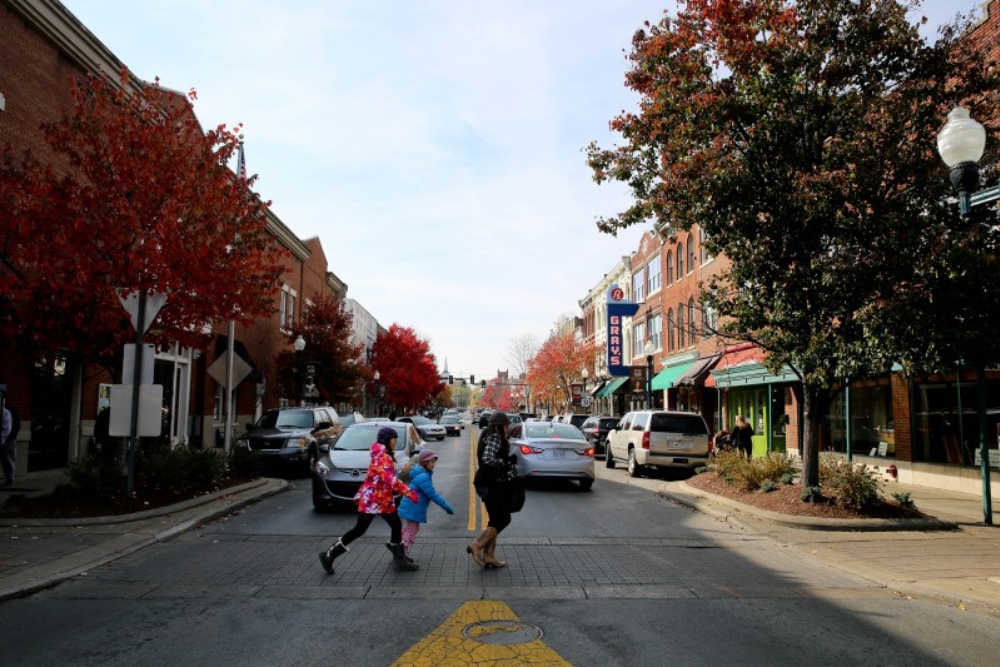 When Franklin, Tenn. Mayor Ken Moore prepared his most recent State of the City address, he skipped the usual speech and donned a top hat, tuxedo and Harry Potter-esque wand to make a whimsical video about the magic that makes his city run.

As his wand passes through their hands, traffic cops sing “Oh, oh, oh it’s magic” along with sanitation workers, office staff, firemen and other municipal employees. The whimsical video demonstrates how a well-run city works – with a little sleight of hand and a lot of hard work and planning: a combination that helped land the Middle Tennessee city on Livability’s Top 100 Best Places to Live twice!

“There’s something about the charm of this city that sets it apart,â€ says Moore, an orthopedic surgeon who has been mayor of Franklin since 2011. “You sense it, feel it – it’s contagious. We have people that come to visit and decide to move here. This is a city that’s vibrant and alive, that’s growing.”

Livability ranked Franklin No. 15 among the most desirable places to live in the U.S. in 2017. And the city also made the “best citiesâ€ lists of the Wall Street Journal, Money magazine and more. Franklin has been lauded widely for its historical appeal, especially its bustling Main Street, preserved Civil War battlefields, growing music scene and highly engaged residents.

Franklin earned especially high marks from Livability for civic life, health and economic viability, which of course helps drive the overall well-being of the city.

“One, our taxes are very low, and two, we have a great quality of life in our community,â€ Moore says. “We have a very educated workforce – more than 55% of our residents have a college degree – and that’s very significant for employers.”

Moore also cites the city and Williamson County’s outstanding school systems, a 1-million-square-foot regional mall, an effective county/city chamber and Franklin’s attractive downtown as key in the city’s phenomenal growth in the past 15 years to a population of more than 75,000. The magic also involved careful, visionary planning.

“Certainly we inherited a gift of great buildings, a beautiful town square, but we didn’t inherit a lot of the plans we’ve made, such as Streetscape and services for our citizens. We created the environment for growth, and we’ve seen it happen. The number of jobs being created here, for example – we’ve been number one in America for five quarters in a row for job growth.”

With Nissan North America, Verizon Wireless, Mars Petcare, Jackson National Life Insurance, Ozburn-Hessey Logistics, Tractor Supply Co., Comdata and other major corporations located here, new residents have flooded into the city’s neighborhoods. And when they get here they find housing that’s varied but sometimes costly, with an average home price of $391,000, offset by the higher wages residents earn (an average of nearly $92,000).

“We’re probably the healthiest community in Tennessee,â€ Moore says, citing programs like Get Fit Franklin that encourage healthy activity. “We’re fortunate that our people have access to outstanding health care, and that most have insurance. But we also identify what our health needs are: obesity, inactivity, tobacco cessation and mental health issues, the most underserved. We’re always looking at ways to address these issues. It’s a long-term thing.”