Skip to content
Home > TN > Knoxville > Where to Live Now > Why Knoxville, TN Is a Top 100 Best Place to Live

Why Knoxville, TN Is a Top 100 Best Place to Live

This gateway to the Smokies is attracting all sorts and it's easy to see why Knoxville is a great place to live. 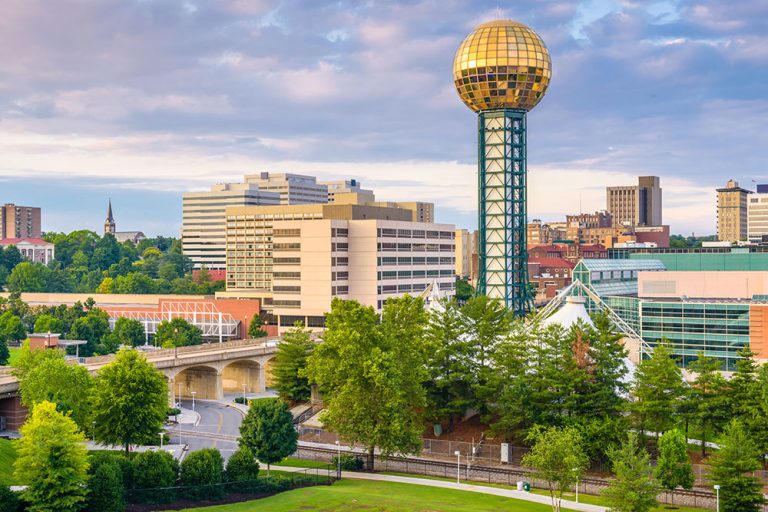 Madeline Rogero, former mayor of Knoxville, doesn’t have to look far to understand why her city was selected as one of the country’s Top 100 Best Places to Live. The window in her downtown office offered enough of a view.

“I can look from my office across the (Tennessee River) and see the beautiful ridge tops that are around this city,” says Rogero, who served as mayor from 2011 to 2019 and has been a proud resident of Knoxville since 1981.

In addition, housing options are in Knoxville’s favor. From apartments and condominiums developments in the downtown to older established neighborhoods to million-dollar-plus homes, the city has housing for different income levels, with a median home price of more than $330,000.

In recent years the city of Knoxville has emphasized becoming a destination for people who love the outdoors, whether they’re just passing through or considering moving there. Known as the Gateway to the Smoky Mountains, it’s a short drive from Knoxville to the Great Smoky Mountains National Park, and the city offers quite an adventure.

The city launched an initiative known as Knoxville Urban Wilderness more than a decade ago. It encompasses recreational, cultural and historic preservation sites within 1,000 acres of a forested area along downtown’s south waterfront. Supported by the Legacy Parks Foundation, the urban playground incorporates ten city parks, two quarries (one for swimming and the other for boating or kayaking), four Civil War sites and some 44 miles of hiking and mountain bike trails.

With a renewal of Knoxville’s downtown district in the last several years, residents and tourists are also finding ways to get active with the city’s nightlife. Like other cities its size, Knoxville went through a decline in the popularity and recreational opportunities in its downtown area years ago, and entertainment options were primarily located in the suburbs. Now, however, people pour into downtown at all hours of the day, and the city has experienced an influx of festivals, retailers, restaurants and performances drawing crowds.

Knoxville has a range of events throughout the year, from the long-running Dogwood Arts Festival, which began in 1961, to the Big Ears Festival, which launched in 2009. In addition, cultural heritage is meaningful to Knoxvillians, as is evident in the Rossini Festival Italian Street Fair, which celebrates Italian opera.

The selection of education opportunities is another factor that makes Knoxville a desirable place to live and work. The University of Tennessee, with more than 30,000 students and 11,000 faculty and staff, is one of the country’s leading public universities. Knoxville is also home to the fast-growing Pellissippi State Community College, and there are optimal public schools in the Knox County Schools district and an array of private schools.

“It’s just a beautiful place to live,” says Rogero. “It has big-city opportunities but with a midsize-city feel. You can get to know people and have a real strong sense of community.”