Skip to content
Home > TN > Nashville > Where to Live Now > What It’s Really Like Living in Nashville, TN

Get an insider's look at what it's like to live in Nashville and what you need to know. 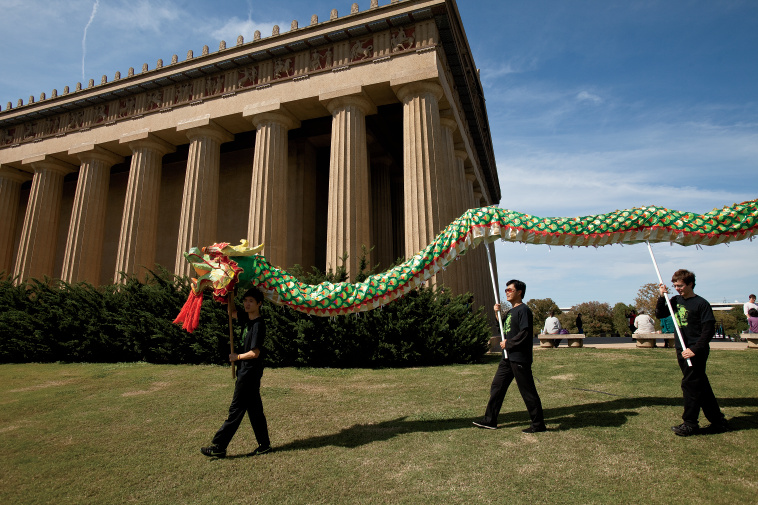 To those looking in, Nashville may seem like a living country music video where locals hang out in honky tonks, everyone drives a truck and only a handful of residents were raised outside the 615 area code. What many outsiders don’t see is Nashville’s diversity and tolerance of all walks of life. Whether you’re visiting Nashville or looking to move here, it’s important to get an honest picture of our dear city.

I’m a born and raised Nashvillian. I don’t have a heavy Southern accent, I drive a six-speed sports car, and as much as I appreciate and love music, country is not my genre of choice. Native Nashvillians know the city like the palm of our hand. We can give you directions anywhere, and tell you the shortest route. We’re proud of our city and will defend it when questioned. There’s a reason why we’re all still here, and there’s more of us than you think.

Here’s a look at some things you need to know about living in Nashville:

We’re not all country music fans

Nashville’s nickname Music City means exactly that; there’s more than country music here. Walk into any restaurant or office building, and I guarantee you’ll meet a musician. They may not be famous, but they play an instrument and probably have a demo somewhere. Musicians are everywhere, and residents love them and music. Rock, pop, blues, classical, country and rap all blend in harmony here, with more shows in a week than you could ever attend. There are dozens of clubs and venues – large and small – that host any type of music you want. All genres create the city’s musical core.

The 5 Best Places to Spot Celebrities in Nashville

We have lots of places to hang out

Every neighborhood in Nashville has hangout spots. Whether it’s a local coffee shop or bar, bowling alley or The Gulch, a mixed-use development of residences, shops and restaurants, people love to socialize with one another. I’ve attended underground car meets (we have a large car culture), all-day game days at comic book shops, and played on a kids’ playground in Centennial Park. People can gather pretty much anywhere at anytime, and have a good time.

The Nashville Flea Market at The Fairgrounds is considered one of the top 10 best in the U.S. An average of 2,000 booths welcome shoppers, and the market draws more than 500,000 people annually. There are also several thrift stores in the city, including Music City Thrift, Goodwill stores, and small shops like Cool Stuff Weird Things. McKay’s has three locations in the state, but its store in West Nashville is huge, and you’re sure to find something cool. You can also bring in your own stuff to sell.

There’s traffic, and you will probably need a car

Traffic is often bad, and the city is widely spread out. Thankfully, there are a couple of solutions. Nashville is well connected by its roads, so you can often take back roads in the same amount of time or shorter than traveling interstates or main roads. If you don’t want to own a car, there are a few walkable areas that are all-in-one spots, such as West End, but if you want to get across town for an event or attraction, you’ll definitely need a car, especially because cabs can be expensive. Tip: We drive fast. There’s an unwritten rule that every driver should go 5 mph. over the speed limit, and you won’t get pulled over for doing so.

Find the Best Places for Live Music in Nashville

The weather changes a lot

If you don’t like weather changes, Nashville may not be right for you. A spring morning may start off at 41 degrees, and by 3 p.m., it’s 70. The next day may start and stay around 55 and rain all day. Then the next, it’s clear skies and 85. Get the picture? Also, if you don’t have allergies, you probably will after being here awhile. The city’s beautiful blooming trees are wonderful to look at, and most years, we get plenty of rain, but it all can wreak havoc on your sinuses and allergies.

You may get asked “Where do you go to church?”

Nashville is the buckle of the Bible Belt, however there are a lot of different religions here as well. If you’re chatting with someone, there’s a good chance they will ask you if you attend church and where. You’ll see at least one Christian-based church in any area you visit (there are hundreds in the city), however there’s also the Islamic Center of Tennessee in Antioch, the Salahadeen Center of Nashville in southeast Nashville, three synagogues in West Nashville and another in Brentwood, a Sri Ganesha Temple (Hindu) in Bellevue, and many more places of worship for all religions.

Nashville’s rapid growth has caused a number of neighborhoods to develop their own characteristics based on the residents who live there. In Antioch, Donelson, Hermitage, Bellevue, and Madison you’ll find tons of families of all nationalities, many with kids, and diversity in age and status. Belle Meade residents are in the upper class, and Green Hills is a popular spot for upper-middle class families and college students since David Lipscomb University is in the area. In East Nashville, you’ll find much of the city’s hipster population, but also singles and families who like the energy of the East side. West End, in West Nashville, is packed full of college students, as its home the Vanderbilt University and its more than 12,000 students. Also in the area, Sylvan Park is a great place for families. In downtown, SoBro, which means “south of Broadway”, is a trendy neighborhood that includes famous honky tonks, restaurants and attractions. You’ll definitely see a good mix of locals and tourists there.

It comes as no surprise country music musicians reside in Nashville, but did you know Niki Taylor lives in Brentwood (a Nashville suburb)? One reason so many celebrities choose Nashville is because they are just like everybody else to us. If you see them at a grocery store, you say hello, and that’s it. We don’t shoot a million photos or demand autographs. Celebrities can simply chill here.

People are friendly, most times

I like to meet tourists and newcomers. I always ask them if they like Nashville and smile when I overhear someone say, “I wish I was from here.” Their energy and enthusiasm reinforces that Nashville is a great place to live. People are generally friendly and care about each others’ well-being. We wave at our neighbors, pitch in to help during hard times, and most always ask how you’re doing. If you frequent the same businesses, such as gas stations and grocery stores, you’ll know the employees, and they’ll remember you. We like to talk – sometimes a bit too much – but in Nashville, you’ll likely make a new friend everywhere you go.