Skip to content
Home > Affordable Places to Live > These 10 Houses Are Beautiful, Historic — And Crazy Cheap

These 10 Houses Are Beautiful, Historic — And Crazy Cheap

10 gorgeous old houses. 10 awesome cities. All waiting for someone (maybe you?) to save them. 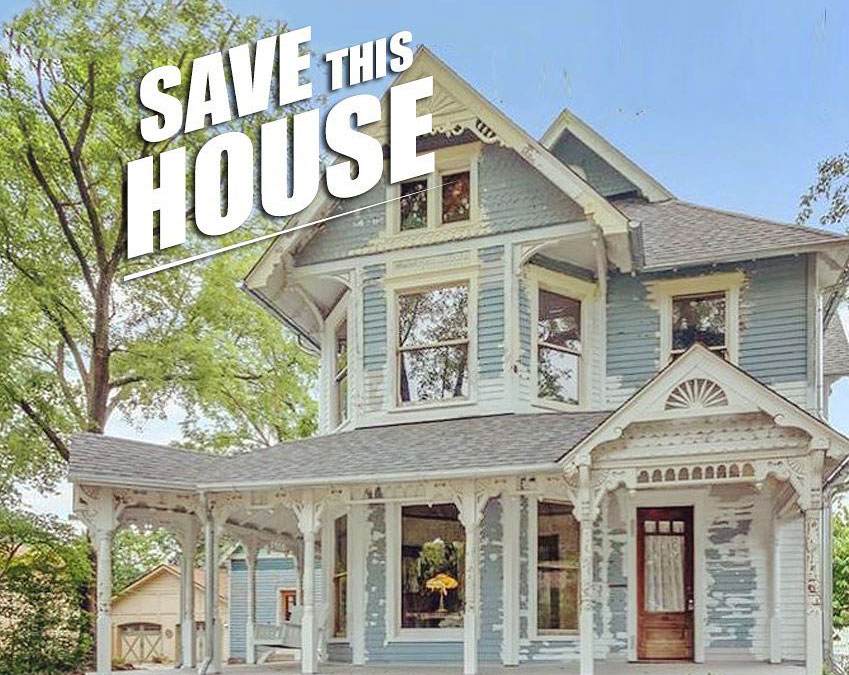 Do you follow the Instagram account Cheap Old Houses? The Livability team is totally addicted, and if you have yet to discover this social media gem, we have a feeling you’re going to be addicted soon, too.

Cheap Old Houses is exactly what it sounds like: an Instagram feed full of cheap, old houses. The definition of “cheap” ranges from $10,000(!) to the low $100,000s, which would be an amazing price point for any old house, but these houses aren’t just old, they’re ridiculously charming and full of character. It’s impossible to look at them without daydreaming about fixing them up and restoring their historic magic.

Here are a few of our favorite cheap, old offerings up for grabs – in Livability-approved places!

This rickety-but-undeniably-charming house is on the market for the shockingly low price of $18,777. Not only can this home be yours for less than the price of a new car, but you’d get to live in Toledo, Ohio, which is one of the country’s most underrated cities. From an awesome arts scene to a youthful and evolving downtown, Toledo is truly a great place to live.

This gorgeous home is located in historic Beaumont Mill Village in Spartanburg, South Carolina, which Livability named one of the best places to live in South Carolina. With easy access to downtown and the revitalized Drayton Mills, which houses boutiques, restaurants and event space, this house has serious dream-home potential.

Can we talk about how cool Milwaukee is? This Midwestern city is growing fast but has maintained a friendly, small-town feel. It’s a place where you can build a career in an unexpected-but-thriving industry, and then explore the city’s amazing food and cocktail scene on the weekends. Sign us up!

This gem in Bay City, Michigan, was built in 1896 and still features much of the originals floors and woodwork. The house is stunning, but the location might be the real selling point: it’s situated a half block from Veterans Memorial Park, a 97-acre green space along the Saginaw River where events and festivals are frequently held.

5 Best Cities for Families in Michigan

How much do we love Syracuse, New York? Let us count the ways. There’s always something happening in this bustling college town, from events at the two local colleges to an awesome craft beer scene (it’s no coincidence that Syracuse earned a spot on our Best Beer Cities list). If you’re in the market for an old mansion in need of some serious TLC (and hey, aren’t we all?), this might be just the house for you.

You might not have heard of Battle Creek, MI, but you’ve definitely heard of a company that’s headquartered there: Kellogg’s! The breakfast and snack food giant calls the small city of Battle Creek home, which means there are amazing job opportunities to be had. This fabulous mid-century ranch house isn’t the only deal in town: Battle Creek boasts a low cost of living that’s 13 percent below the national average.

How gorgeous is this brick Victorian in the charming city of Topeka, Kansas? Not only can this two-story stunner be yours for less than $100,000, you’ll find life costs less across the board in Topeka, which was named one of Livability’s 10 Best Affordable Places to Live.

We’re calling it now: Indiana is going to be the hot relocation spot in the coming years. It’s a state that offers affordability, thriving communities and amazing food. Why not get in early with this historic gem featuring a regal balcony and hand-carved staircase (and probably a ghost or two)? New Richmond is a teeny tiny town, but it’s only an hour from Indianapolis, so you’ll never feel too isolated.

You’re probably not familiar with the small town of Smyrna, but this Delaware haven is actually located just an hour and a half outside of Baltimore. This house is full of amazing details, from French doors to original wood moldings. Click through to see the rainbow stained glass windows!

This 3-bedroom brick beauty would go for three times this price in many cities, but Peoria’s affordable cost of living helps keep the price under $100,000. Located a few hours from Chicago, Peoria offers parks, outdoor recreation and a tight-knit community for people who live there (which might include you soon?).