Did you know that the best-selling whiskey in the world is made in a dry county? 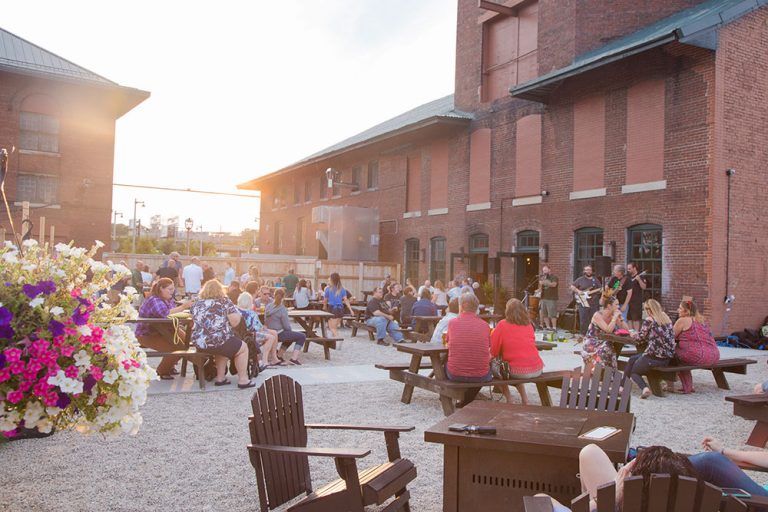 Everyone has their go-to brand of liquor or beer (don’t they???). But when you grab your favorite American spirits off the shelf, do you stop to think about where they’re made?

Today, we raise a glass to a few of the most famous, most ubiquitous liquors and lagers that we all know and love. Well, know anyway. We will explore their histories and the places they hail from, so find your most long-suffering designated driver because today we’re going to have a drink from, uh, pretty much everywhere.

Austin, TX
Tito’s Vodka was created in 1995 by Bert Butler “Tito” Beveridge II (yes, really) and uses yellow corn for its unaged, sextuple-distilled vodka. After seeing how Tito’s is created on your tour of Mockingbird Distillery, named for the state bird of Texas, there’s still plenty to do and see in Austin. Visit the Texas State Capitol, take a dip in the Barton Hot Springs and wander the Lady Bird Johnson Wildflower Center.

Not to be too healthy on this trek of tipples, make sure to hit up Franklin Barbecue for some of the best BBQ in the country (don’t @ me, KC) and finish your night with some dancing at the Broken Spoke. And don’t forget to repeat the city mantra as you go — “Keep Austin Weird.”

Golden, CO
Can you guess how old Coors Brewing Company is? Well, you’re *probably* wrong! It’s older than that.

The distiller was started in 1873 by Adolph Coors and managed to stay open through prohibition by producing malted milk for Mars bars. Having nearly 150 years of history makes the Coors Brewery a fascinating one to tour, and getting to sip on some straight from the source doesn’t hurt either. Only half an hour from Boulder, Golden, CO has some other truly unique experiences, like the Buffalo Bill Museum and Grave, the final resting place of the famed entertainer of the wild West. It is also a mecca of outdoor activities, from hiking and biking to fishing and white water rafting.

St. Louis, MO
And just in case the modern, new-fangled Coors isn’t for you, Anheuser-Busch was founded in 1852. Back then, it was called Bavarian Brewery, but over time the name evolved when the brewery was taken over by Eberhard Anheuser, who was later joined by his son-in-law Adolphus Busch. Fun fact: Adolphus was the first person to use pasteurization and refrigeration to allow the widespread sale of beer to frat houses country-wide.

While they now sport a dozen breweries across the US, it’s well worth it to tour the original in St. Louis. There is, of course, no shortage of other things to do in the Gateway to the West. You can start with the famed St. Louis Gateway Arch, whose 630-foot peak (accessed by a tram) gives impressive views of the city. There is also the Gateway Geyser, a man-made water spout directly across the river which reaches the exact same height. That makes it the second tallest fountain in the world for those keeping score. Once you’ve worked up an appetite, do yourself a favor and find some fried ravioli — a St. Louis delicacy you won’t want to miss.

Milwaukee, WI
For another stop on your “well-known breweries that were started in the mid-1800s by German immigrants” tour, make a stop in Milwaukee, WI, for a tour of the Miller Brewing Company. In what is a growing theme for these tours, it will include both history and beer, though not necessarily in that order. Milwaukee is more than just Miller, of course — it’s also the original home of Pabst Blue Ribbon!

Happy National Beer Day! Here are some of our favorite spots to sip and beer destinations from the archives…

Although no longer being made there, you can still check out the Pabst Mansion, the once-upon-a-time home of famous beer baron Captain Frederick Pabst. A haven for odd and interesting sights, Milwaukee also boasts the Burnham Block, a group of tiny houses designed by Frank Lloyd Wright, The American Science & Surplus store where anyone from curious families to hardcore hobbyists have found toys and treasures and even Shaker’s Cigar Bar, once an Al Capone-owned speakeasy, now a cigar bar frequented by ghost hunters. It truly is a place to live the High Life while you sip the champagne of beers.

Pottsville, PA
Okay, finally! Something a little different for your brewing pleasures. Stepping into the modern age, we have … the oldest brewery in America?!

Founded in Pottsville, PA, in 1823 by (you guessed it!) a German immigrant, Yuengling is the largest craft brewery in the country and also the largest brewery that is fully American owned and operated. The hour-long brewery tour culminates in a tasting session, a perfect jumping-off point to head out and discover Pottsville — a city much nicer than its name! Between strolling the scenic downtown area, you can make stops at Jerry’s Classic Cars and Collectibles Museum and even buy jewelry made of authentic Martian meteorites at Martian Materials.

Pewaukee, WI
Now for something to really get this party started, allow us to visit RumChata!

Ranking only behind Baileys in popularity in the cream-liqueur niche (specific!), RumChata is a mix of rum, vanilla, cinnamon, sugar and cream, among other things. While the secret lab* where RumChata is distilled is off-limits for public tours, there is still plenty to do in Pewaukee, WI. You can stop at Big Guy’s Magic Shop, where you might even run into Brian “The Big Guy” himself! There is also the stunning Hindu Temple of Wisconsin. And after all that excitement, treat yourself to a relaxing sunset visit to Pewaukee Lakefront Park. Activities include Taste of Lake Country, Thursday evening waterskiing, live music and outdoor movies. In winter, you can even see people ice fishing!

Lynchburg, TN
While Jack Daniels is the best-selling whiskey in the world, there is one very specific place that you cannot buy it — in Lynchburg itself. That is because Moore County, where Lynchburg lies, is a dry county. But, interestingly, you can still sample Jack Daniel’s creations on a tour of the distillery, as the tastes are given away through a legal loophole where they are classified as part of a celebration; you can even buy some specialty bottles in the gift shop that aren’t available anywhere else in the world.

Once you’re done strolling the scenic premises, the town and surrounding area offer some incredible sights. Nearby you’ll find the Lynchburg Cake and Candy Company and the Lynchburg Old Jail Museum, among other quaint stores and shops. Just outside town, check out Cave Spring Hollow, the natural spring purchased by Jack Daniel himself for $2,148 that provides the crystal clear water still used in making this whiskey today.

New Orleans, LA
Southern Comfort, or SoCo as it’s commonly known, is actually a fruit-flavored whiskey liqueur. Created by New Orleans bartender Martin Wilkes Heron in the late 1800s, its original purpose was as a pre-blended whiskey drink that could survive the long trips from Tennessee or Kentucky with its flavor still intact. It has been an icon of popular culture, from the famed Gone With the Wind Scarlett O’Hara Cocktail to being the libation of choice for Janis Joplin. Unfortunately, there isn’t much else to see in the small, sleepy town of New Orleans…

All jokes aside, there is more to the city than Mardi Gras and waking up with a pounding headache.

A stunningly beautiful city, you can stroll the French Quarter, the Garden District, Frenchmen Street, or The National WWII Museum. For those who like to keep the odd in their oddities, N’awlins is sure to impress. You can start with the tomb of Marie Laveau, known as the Voodoo Queen of New Orleans, and follow it up with the House of Voodoo, the former home of her daughter. It’s not even the only voodoo museum in the city! After this light fare, continue to Abandoned Jazzland and the Museum of Death. And Oh! The food. With too many options to list, everywhere you turn has mouth-watering cajun and creole offerings, fluffy beignets and delightfully woody chicory coffee. You honestly can’t go wrong.