Get ready to hit the trails. 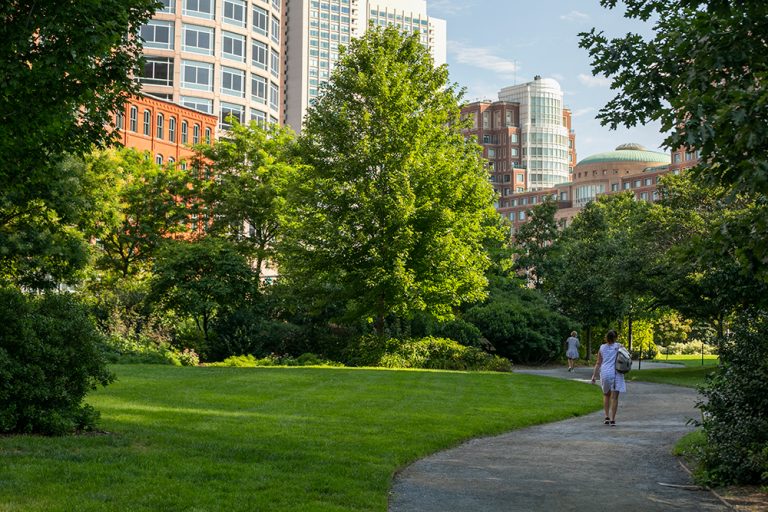 Want to explore the great outdoors — not too far from your doorstep? The best urban greenways bring nature to you, easily accessible from the city yet away from traffic for safety and tranquility.

If you’re an avid cyclist, runner, rollerblader or just someone who enjoys a scenic stroll, check out the trails in these seven cities.

Off the Beaten Path: 5 Bike Trails Worth Exploring

Ready to hit the trails? These small to mid-size cities contain hidden gems for biking enthusiasts.

Just west of the Smoky Mountains, Knoxville boasts one of the top greenway systems in the country, featuring some 112 miles of trails, about half of which are paved. There isn’t just one greenway in town — there are nearly a dozen, each with its own style.

The Sequoyah Greenway blooms in spring with dogwoods and rhododendrons. Third Creek Greenway charms history lovers with the Victorian Westwood mansion and a park honoring a 1950s rock duo. More into art? Take the Second Creek Greenway to find murals, fountains and World’s Fair Park, including its newly reopened Sunsphere and the (free!) Knoxville Museum of Art nearby.

With so many options, it’s hard to play favorites, but the trails in Ijams Nature Center — part of the 1,000-acre Urban Wilderness — are among the best.

Boston’s Rose Kennedy Greenway packs a lot into its modest 1.5 miles downtown. Enjoy city pleasures like food trucks, free Wi-Fi, flower-filled parks and beer and wine gardens. Kids will have a ball with the interactive fountains, playground and ADA-compliant carousel, and even adults will appreciate the cooling mist from the Harbor Fog Sculpture in summer.

The greenway is also a corridor for contemporary art, including a series of rotating murals and sculptures. Don’t miss whatever is on display at the colorful Greenway Wall at Dewey Square.

Boston is also on the East Coast Greenway, the longest greenway in the country, a staggering 3,000 miles from Maine to Florida. If you’re up for a longer ride, Boston’s trails connect to rural communities and farms throughout the state and beyond.

These small cities and towns are giving Portland a run for its money as the country’s #1 biking city.

Suppose you want a thrilling downhill ride, head to Frisco in the appropriately named Summit County. This small mountain town has several bike shops where you can rent a bike and book a shuttle up to Vail Pass. Glimpse alpine lakes and the jagged peaks of the Ten Mile Range as you coast 14 miles down Vail Pass to Frisco.

From there, you can keep going on the 55 miles of paved trails around the county. One of the best is the path-circling Dillon Reservoir. Start at the Frisco Adventure Park for plenty of free parking just minutes from Main Street. Stops include the tiki bar at Dillon Marina (the highest in the country) and Sapphire Point outlook, plus post-ride refueling at the waterfront Island Grill.

The three-lane Midtown Greenway in Minneapolis boasts plenty of room for bikers and pedestrians, reaching 5.5 miles west from the Mississippi River to the Chain of Lakes.

Detours are optional but advisable. Pioneers & Soldiers Memorial Cemetery, the oldest cemetery in the city, is popular with history buffs (and deer). The Midtown Global Market has everything you need for a globally inspired picnic. Be sure to swing by the American Swedish Institute for a glimpse of a chateauesque mansion, complete with gargoyles and a turret.

At both ends of the greenway, find more trails with noteworthy sights, like the rose garden and bandshell off Lake Harriet or the mill ruins, waterfalls and a new, highly acclaimed Indigenous restaurant on the river.

Don’t have your own set of wheels? The local bike share, Nice Ride, offers over 400 stations around town.

Feeling adventurous? Add these one-of-a-kind races (in some seriously awesome places) to your bucket list.

A paved, continuous recreational trail follows the Big Sioux River (the “BSR” to locals) through Sioux Falls, providing easy access to the city’s 80-plus parks that cover more than 3,000 acres. At the start of the 29-mile trail, admire a 100-foot waterfall and pick up maps or souvenirs in the visitor center.

Then follow the River Greenway through the historical downtown with plenty of public art, shops, breweries, restaurants and more. Feel free to bring your pup along for your walk or run. The trail has four convenient dog parks along the way.

Though you’re never far from civilization, the greenway takes urban adventurers through more rugged landscapes on various spurs to the city’s edges. You can easily bike to Great Bear Ski Valley or Good Earth State Park, just minutes from downtown, to see acres of woodlands and prairies that will make you feel like you’re miles away.

Another segment of the far-reaching East Coast Greenway, the roomy, 12-foot-wide Spanish Moss Trail, runs 10 miles north to south along a former rail line, but plans are already in the works to extend it farther, including a bayfront connector to downtown Beaufort, just a mile away.

Take a walk or ride on this paved and often shady path to see the Lowcountry at its most picturesque. The Spanish moss for which the trail is named hangs heavily from century-old oak trees. Marshes teem with wildlife — you can spot herons and egrets hunting for dinner. Landmarks en route, like the 1901 Beaufort Depot, are frequently paired with historic markers that tell the stories of bygone days.

Starting just a mile from the visitors center, the Yakima Greenway stretches more than 20 miles beside the Yakima River, and the route is unblushingly scenic. We’re talking orchards, mountains, lakes and a waterfall, along with plenty of parks, playgrounds and small towns along the way when you need a break.

Don’t skip a stop at the Yakima Area Arboretum or the 266-acre Sportsman State Park, which is great for camping, birding and fishing. And from late June to early July, u-pick cherries at Thompson’s Farm are essential.

If mountain biking is more your thing, venture off the paved path into Cowiche Canyon, where a 30-mile trail leads through grasslands and meadows flanked by basalt cliffs.