This Is Home Now

"For a place to be your home, you must believe it to be so. Otherwise, it’s just where you live." 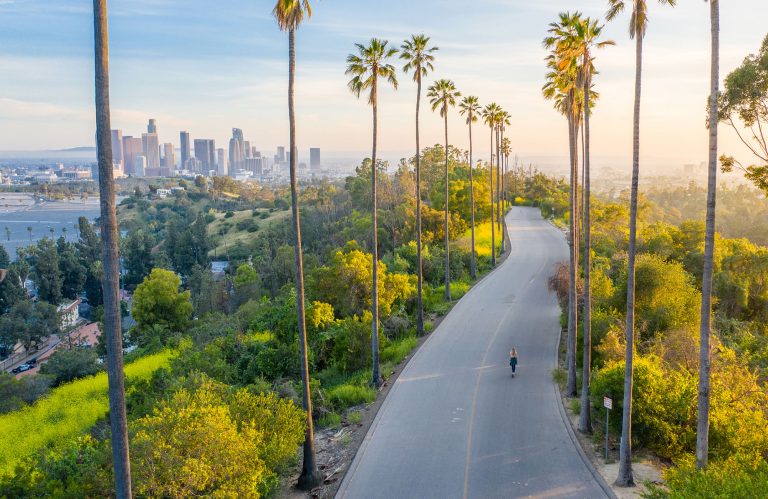 The other day, I told my best friend of 21 years that I’m co-hosting a virtual comic book convention on Instagram Live soon. I texted her from my little apartment in Los Angeles, and she responded from her spacious home in Houston: “Do you have enough wigs?”

This is not so odd a response as one might imagine. First, a comic con — even a Socially Distant Comic Con, as this one is called — generally involves plenty of wigs. And secondly, Katherine is from New Orleans, a city powered by joy, pain and Mardi Gras, which seems to involve a fair amount of both, depending on the height of one’s heels and the size of one’s vessel of booze. The joyful part of Mardi Gras certainly includes wigs and costumes, and many people in New Orleans seem to have a Mardi Gras closet, or at least a Mardi Gras shelf. I’ve heard tell of entire Mardi Gras rooms.

Katherine lives in Houston with her husband and daughters. We met in Boston at Emerson College. I eventually dropped out and moved around the country. Some of these moves were necessary for career and education. Others were what folks in sobriety programs sometimes call “doing a geographic”— trying to change what’s inside you by changing where you live. Like a lot of techniques, it works until it doesn’t.

Katherine finished school and moved back to New Orleans, where she worked in a restaurant and went to law school. When Hurricane Katrina hit, she had to move to Houston for a few months. It is fair to say that for years she did not associate the most humid city in Texas with love and happiness. So when she told me she’d met a guy based in Houston and was actually going on a second date with him, I knew she’d marry him soon enough. She chose wisely; he is top-notch.

Now, she’s a happy citizen of her adopted city. But she still goes back to Mardi Gras in New Orleans with the family every year — as well as visiting her home city other times, of course. I know folks who do similar things — one pal always returns to his small town in Ohio for a raucous Fourth of July celebration every year. I like to go home in October to see the local scarecrow decorating competition. My imaginary best friend Rihanna can be spotted nearly every year at Crop Over back in her native Barbados.

I’m from Flemington, NJ. And, like my best friends Katherine and Rihanna, I’ve adopted a different town as my home — in my case, it’s Los Angeles.

I have never been so pleased to live in Los Angeles as I am today, at this moment, with a governor who seems to know what he’s doing with regard to this pandemic and a mayor of whom I can say the same. This is the first major city in the United States to offer free COVID-19 testing to all, regardless of whether they display symptoms. That’s smart, it’s generous and it’s a big deal.

As if you need another reason besides the weather, the outdoors, the economy, and In-N-Out Burger.

One can have problems with one’s local and state leadership, and I certainly do, while also holding admiration for the ways in which they get things right. That’s true in one’s hometown, and in one’s adopted home.

And while I’ve been staying in my apartment these past couple months, I need only poke my head out the window to know that I am in Los Angeles. I can tell by the mountains, by the palm trees, by the roving flock of feral parrots making a racket now and again, by the aroma of fresh tortillas sizzling in kitchens, by the Dodgers hats, by the sun and the clear blue sky.

Home is a place, but it is also a belief. For a place to be your home, you must believe it to be so. Otherwise, it’s just where you live, or where you’re from.

For a while, I believed that New Jersey was my true home. Then, for years, I believed that it was Asheville, NC. I missed it for years after I moved away. New York was my place of residence for eight years, but I never believed it was home, not really. It didn’t get in my blood the way the rural woods and fields of Jersey had, or the way the Blue Ridge Mountains of North Carolina had.

Today, I am here in California, with a box of wigs and headpieces sitting on my uncomfortable orange couch, with a newly adopted cat asleep on top of a big box containing a portable air conditioning unit, with a global pandemic altering every aspect of life as we know it. The people I love the most are about 2,727 miles away by the quickest route. But it’s okay. I believe they are better off at home, and I believe I am, too.