The Pacific Northwest gives us Aplets & Cotlets, Sunbreaks, the Seahawks and so much more. Here are 12 reasons why residents love their PNW. 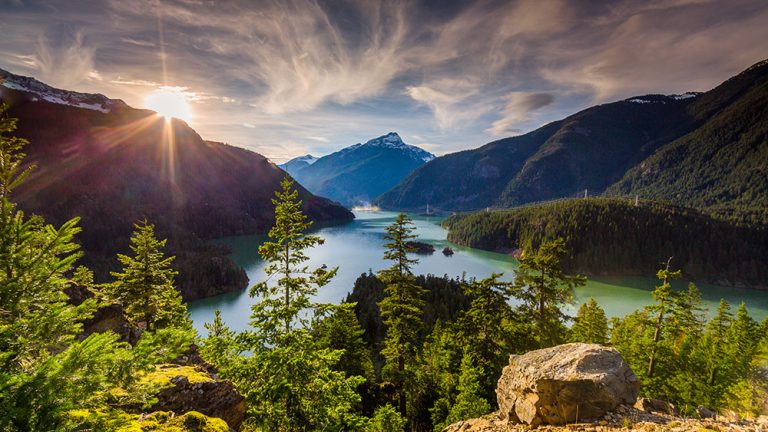 If you’re familiar with Dungeness crabs, Aplets & Cotlets and Molly Moon’s, then you have a taste of what the Pacific Northwest has to offer the world beyond a great cup of coffee. And the region gives us so much more than edible delights. From places that celebrate Native American heritage to the vibrant cities and vast wild landscapes, the Pacific Northwest continues to earn endless accolades and remain in the hearts of those who are lucky enough to live here.

Here are the best things about living in the Pacific Northwest.

1. Dungeness Crab and Chinook Salmon and Geoduck Clams, Oh My

The crab gets its name from the town of Dungeness, WA. and its slightly sweet-tasting meat is considered a delicacy the world over. You can find them in local eelgrass beds and in your favorite seafood restaurants. Salmon fishing is extremely popular here and the large geoduck clams are a favorite in our kitchens and restaurants.

2. The Diversity of Culture

You don’t have to be on the East Coast or in Europe to find exceptional museums and arts opportunities. Seattle and Portland both are known for their symphony orchestras, and the museums throughout the region showcase everything from the best of the art world — at the Boise Art Museum and Seattle Art Museum, to natural history at the Burke Museum on the University of Washington campus, to local industry at the Oregon Maritime Museum in Portland. Seattle’s Museum of Pop Culture celebrates pop culture, including the city’s immense contributions to the music world.

The 8 Most Breathtaking Canyons in Washington

The natural environment of the Pacific Northwest is unsurpassed with its combination of mountains, old-growth forests, saltwater coastline, islands, waterfalls, rivers and freshwater lakes. Fantastic city, state and national parks and wilderness areas are everywhere such as Oswald West State Park in Oregon, Nez Perce National Historical Park in Idaho and Olympic National Park in Washington. The area’s wild places bring you closer to the animals that live here, including bears, wolves, seals and whales.

Aplets and Cotlets Fruit and Nut Candies are known as the “confection of the fairies.â€ Locals know to tour the Liberty Orchards factory in Cashmere, WA. to watch how these apple, apricot and walnut delicacies are made. Outside the factory are seemingly endless acres of fruit orchards, which have brought fruit fame to eastern Washington.

The region is home to many excellent schools and colleges including Gonzaga University in Spokane, Concordia University in Portland, Oregon Institute of Technology in Klamath Falls, Boise State University in Boise, and the University of Washington in Seattle, which is ranked as one of the world’s best universities.

The phrase “sunbreakâ€ is thought to have originated in the Pacific Northwest and refers to the euphoric moments that we experience when sunshine occasionally breaks through the frequent cloud cover. During sunbreaks, it’s acceptable to drop everything momentarily and run outside to soak in the sunshine.

Locals are among the most loyal and exuberant fans in the world. In fact, Super Bowl champs, the Seattle Seahawks’ CenturyLink Field broke the Guinness World Record in 2013 for loudest crowd roar at an outdoor stadium. Seattle also has the Sounders soccer team, and Portland has the Trail Blazers basketball team and Timbers soccer team.

The Pacific Northwest has several museums and art exhibits and galleries that honor native cultures including the Suquamish Museum in Seattle, which celebrates Chief Seattle’s tribe, and the Columbia Gorge Discovery Center in The Dalles, Oregon, and the Shoshone Bannock Tribal Museum in Fort Hall, Idaho.

Over the past 25 years, there has been an explosion in the variety of restaurants in the PNW. Ivar’s, with several locations in Seattle, is known for its tried-and-true seafood dishes, while award-winning head chef Blaine Wetzel at The Willows Inn on Lummi Island describes his approach to food as “a story about the land.â€ Restaurant Beck on the coast in Depoe Bay is a favorite among Oregonians, and Sun Valley’s Trail Creek Cabin is considered one of Idaho’s best.

8 Things to Do in Idaho

Molly Moon’s has locations throughout Seattle and creative flavors such as Stumptown Coffee, balsamic strawberry and honey lavender. The company sources 90 percent of its ingredients from the Pacific Northwest. You’ll know you’re there when you see the line out the door.

At 11,250-feet for Mount Hood and 14,416-feet for Mount Rainier, both can be seen rising into the air from miles around. Awe-inspiring in every season and time of day, there is something especially beautiful when the mountains reflect the late-day sun, and those snow-covered peaks turn an other-worldly orange-pink.