My husband's job determines where we live. Here's how I've learned to make anywhere feel like home. 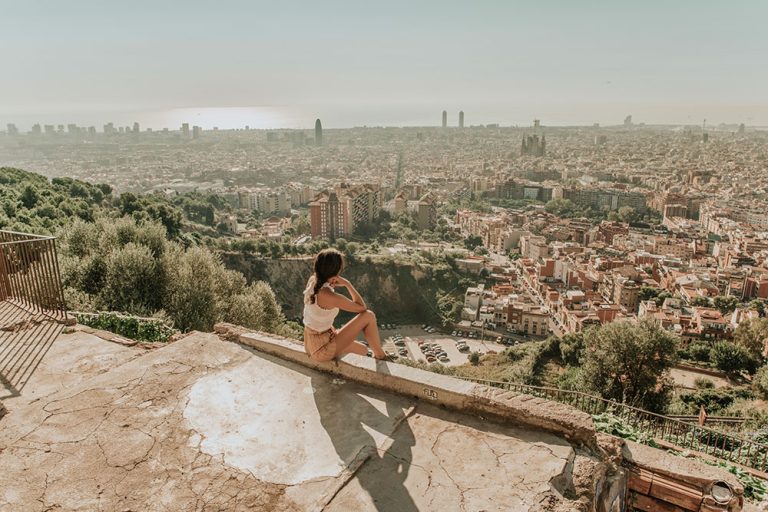 I never expected that I would unwittingly become a trailing spouse at just 22 years old, moving around the country at the whim of my husband’s job. I also never expected that the course of my life would change while drinking Carlo Rossi out of a plastic cup, but what can I say? A tall, blue-eyed, backward-cap-wearing, Foucault-quoting boy asked me for my number at a party he was hosting, and I gave it to him.

I knew he was whip-smart when we met, but it didn’t occur to me that he would be a budding academic superstar — and that we would fall stupidly in love within a few weeks, get married within a few years, or that I’d follow him to three different states on his ultimate academia quest: a tenure track job.

Wall Street Journal writer Mary Bralove cheekily invented the term “trailing spouse” in 1981, capturing the rise of the dual-income couple and the challenges that can pop up when one partner has to move for the other’s career. Unsurprisingly, women are more likely to be a trailing spouse, according to Atlas Van Line’s annual corporate relocation survey — with about 27% of relocators saying that they had a female partner who was (I’m assuming) quietly rearranging her life, praying that this leap would be the right decision. The men are catching up, however, with 20% of relocators reporting they had a trailing male partner.

At the beginning of our relationship, we did long-distance while he attended graduate school and I finished up my bachelor’s degree at a university five hours away. I knew I wanted to be a writer, but I also knew that my entire body ached when we had to be apart for weeks at a time. Over late-night phone calls, he told me that he had plans to pursue a Ph.D. straight away. At just 22, I wasn’t entirely sure what my next move was.

But my plans were more or less decided for me: He got into a Ph.D. program at a Texas school, and we decided to move there together with the hope that I would secure a writing job nearby.

It’s been eight years since that initial move, and we’re now living in Toledo, Ohio, a city I certainly wouldn’t have been able to point out on a map growing up – and also where my husband got his tenure track job.

While I’ve been able to establish a fruitful, flexible career as a freelance writer that’s unaffected by the unmerciful academic job market, following a spouse to a new city can still spark a complicated mix of emotions. Sometimes I’m excited about our adventurous, peripatetic lifestyle, and sometimes I’m irritated that my unapologetic feminist self is following a man around to new cities I never imagined myself in.

If I let myself think about it too much, it can plague me to know that I’ll never get to decide to move somewhere “dreamy” like New York, San Francisco or even back to my beloved hometown of Norman, Oklahoma.

Though that’s not to say I don’t have any agency in these life-changing decisions. With every move — Norman to Fort Worth, Fort Worth to Santa Barbara, Santa Barbara to Toledo — we’ve pored over the pros and cons together. We’ve spent hours discussing the merits of each move, the proximity to good food and the sacrifices we’d (or really, I’d) have to make.

Still, in every new city he has the predictability of coworkers, built-in friendships and an instant sense of community that I won’t have access to. And I have to take a deep breath, hold my nose, and dive into the uncomfortableness of the unfamiliar, often alone. It’s a position I know many supportive trailing partners have to be in, especially those who are married to service members.

But I refuse to think of these as “his” moves. Instead, I’ve immersed myself in each new city, and participated in a variety of volunteer activities, performance groups and neighborhood organizations to see what sticks. Before any move, I stalk MeetUp.com or look at local community calendars to see what sort of things I can immediately jump into – all for the sole purpose of making this new city just as much mine as it is his.

Whether you’re looking for a career change, a lifestyle change or just a change of scenery, these cities will give you the jumpstart you need.

In my three moves, I’ve had the most success connecting with a city by volunteering. Volunteering will not only physically put you out and about into your new city, but it will also let you get to know a place’s spirit and its struggles, and introduce you to those who love it best. In 2015, I joined the Junior League of Santa Barbara, which gave me the opportunity to see beyond Santa Barbara’s reputation as a glitzy tourist destination and know it as a real, humble place where there are still problems to solve. And when I moved to Toledo in 2017, I transferred my membership and am now in a board position, where I’m constantly meeting new people and organizing events.

Another approach of connecting with a new city I’ve tried is to take up childhood hobbies again, with the idea of meeting like-minded people who speak your nerd language. Growing up, I was always in choirs and involved in music, so I decided to audition for the Santa Barbara Choral Society, where I sang soprano for two years — once even for an arts benefit honoring Christopher Lloyd.

Besides joining organizations, I try to be as aware of events as I possibly can, following all of the popular social media outlets in town and dragging my husband to everything that looks interesting. I’ve attended neighborhood block meetings, read to children at a “reading buddies” program, shopped at farmer’s markets, spoken at elementary school career days and gone to free local concerts, all in an attempt to forge my own connection to a place I never knew would be my home.

This community service group isn’t just for grandparents. Want to meet people and make a real difference in your community? Rotary is the way.

I don’t want to give a false impression: There are times I feel like telling my husband to quit so we can move back home to live next door to my best friends and attend my niece’s soccer games. There are also moments where I want to pack up and move to an entirely neutral city where we can both start over, but I know this is largely unrealistic.

Deciding to set down roots with a spouse in a new city can be difficult and often compromising (particularly if you’re the one “trailing” behind), but each new place we live presents us with an opportunity to get to know a brand new place — and it always surprises me how a new city can sneak its way into my heart through its food, its quirky boutiques and most importantly, its people.