Skip to content
Home > Make Your Move > The Moving Diaries: How Much Does a City’s Cost of Living Affect Your Life?

The Moving Diaries: How Much Does a City’s Cost of Living Affect Your Life? 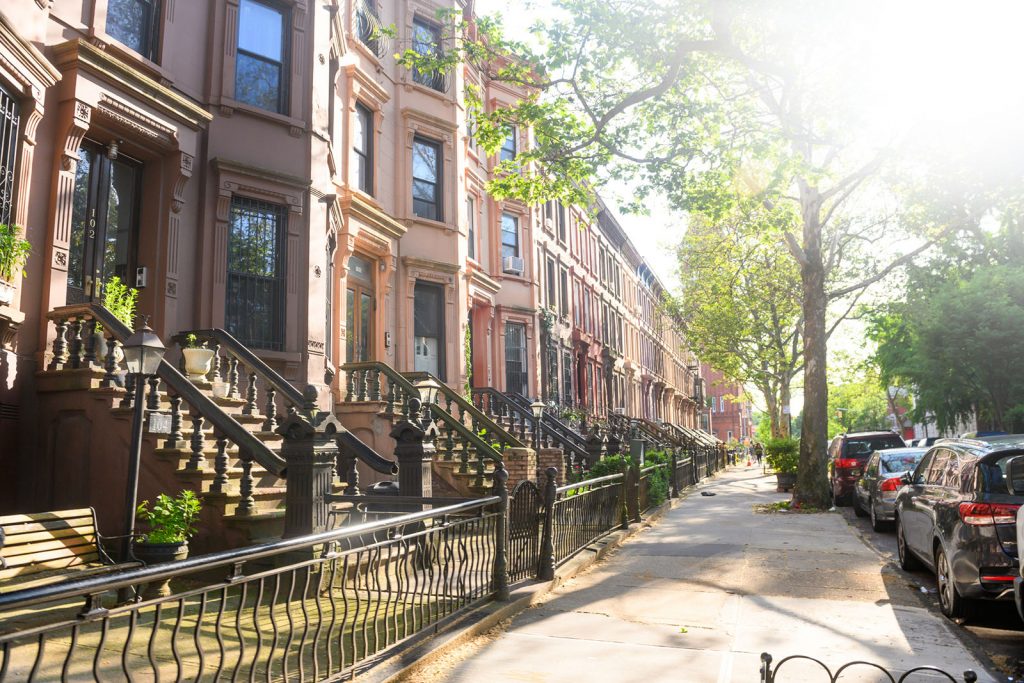 I had been interested in leaving New York City for someplace new for years. I didn’t have a particular date or a location in mind, just a general desire that it happen someday in the future. What ultimately prompted the move – what switched the desire to move from theoretical to real – was a metastasized resentment about spending everything I earned, all the time.

I accepted living that way through my mid-20s because I assumed it was the price of entry to live in one of the journalism capitals of the world. I just learned how to make do. In one of my earliest jobs, I earned a salary of $38,000. Practically speaking, this meant I spent one entire paycheck on rent (at the time, I paid $1,100 for one room in a two-bedroom on the Upper East Side). The other paycheck mostly went towards paying off student loans, a monthly subway pass, and food. Whatever money was left, I spent on the occasional dress, cocktail or book. (But not all three.) I saved nothing.

I earned $40,000 a year for many years and didn’t have health insurance. My rent costs were lower once I moved into a different apartment (I paid $1050 for one room in a two-bedroom in Harlem), but also I paid for my doctors’ and therapy appointments and my medications out of pocket. Those expenses were on top of paying my student loans. Again, I saved nothing. During these particularly broke (but not poor) years during my mid-20s, living in a playground for the rich was frustrating, if not outright demoralizing. I had a full-time job and yet I was continually treading water. What about people living in even lower incomes than I who had larger medical bills? How could they possibly do it?

By age 28, I finally earned a slightly-more-respectable salary for working in the media: $60,000. I paid $900 for one room in a two-bedroom in Astoria. But between rent, student loans, paying my therapist out of pocket, and an IRS bill that resulted from messy freelancer taxes (have an expert prepare your taxes for you, people!), I lived at the very top of my means. I actually took on a second job over the weekend for about nine months, which added another $10,000 to my income that year. That additional income enabled me to have some breathing room and stop over-drafting my bank account every two weeks. I could occasionally buy a new pair of sneakers without panicking! But obviously, working seven days a week was not sustainable, and I had to stop. (The fact that the freelance client I worked for took months to pay me also factored into this decision.)

Beginning at 29, I had several years where I earned salaries of around $75,000 to $80,000, plus bonuses. These were the only years of my life that I’ve felt “financially successfulâ€ – that is to say, I was not over-drafting my account every two weeks and I was making actual inroads on paying off debt. By that time, I had gotten married, and my husband Kale, an immigrant, had gotten a job, too. Our combined income put us in an upper-middle-class tax bracket and, crucially, a feeling of stability. Our DINKY lives enabled us to do things I had not been able to do during my broke 20s years, like go on a vacation and buy a new couch. We moved into a one-bedroom apartment in Brooklyn (finally, finally no longer living with roommates!), for which we paid $2,500 a month.

This is the part of the story where you may be expecting the “and we lived happily ever after.â€ And yes, there was much to be happy about as newlyweds living in our first apartment together. I have many lovely memories of living in Brooklyn and I feel privileged to have that experience. But the distinct feeling of resentment about the high cost of living crept up on me. We were both making more money, but we were spending more money. That’s easy to put out of your mind on a beautiful spring afternoon when you’re walking down a street of gorgeous brownstones to a Zagat-starred restaurant. It’s hard to justify the resentment when you are deeply unhappy at your job – this job you have to have to pay your expensive rent.

I made a big change in my life in 2017 in the hopes of becoming happier: I became a full-time freelancer. My happiness indexes increased in pretty much every single way. However, one change that I had not anticipated from freelancing was an even deeper resentment at the cost of living in New York City. Suddenly, I was working at a desk in my living room and still paying out the nose. I then realized I actually didn’t have to be in New York City since almost all of my freelance jobs have been remote work. And once I realized that I didn’t have to live in New York City to be a successful freelancer, it truly no longer felt worth it to stay.

Fast forward to October 2020, when we moved into our new home in Asheville. Our rent is considerably lower and we get much, much more for our money. Our apartment is nearly twice as large, we have two bathrooms instead of one, and we have a second bedroom that we’ve converted into a home office. We have a washer and dryer in our apartment(!) and a dishwasher(!!). We have a gym. We even have a large, private outdoor space! It is utterly inconceivable for us to have had an apartment like this in New York City at the price we pay.

I don’t have much information about what other aspects of life may be cheaper in Asheville because we are primarily staying home on account of COVID. There’s a robust brewery and bar culture there that I’ve yet to explore, as well as numerous outdoor music venues. (I expect that when I can finally buy a ticket to a movie theater, and the price is not $18, I will faint.) We do spend about the same amount of money on groceries; I guess Trader Joe’s prices are similar across the country. But ordering out from restaurants in Asheville can be anywhere from 20% to 50% cheaper. I have to remind myself that it was never, ever “normalâ€ to pay $15 for a grilled cheese sandwich and living in a playground for the rich warps your brain.

Probably the most important aspect of life in Asheville is that homeownership feels like it could someday be within reach. Like, all my Zillow stalking will not be for naught! If we decide to settle here in the long term, we might actually be able to purchase a home and then pay off a mortgage instead of rent. That was never going to be possible for us in New York City; the only homeowners my age were able to buy apartments or houses because they had family money. The very prospect of being able to spend our money on something we own is exciting.