6 Historic Downtowns You Must Visit

Everything historic does NOT belong in a museum — these small historic downtowns are jumping! 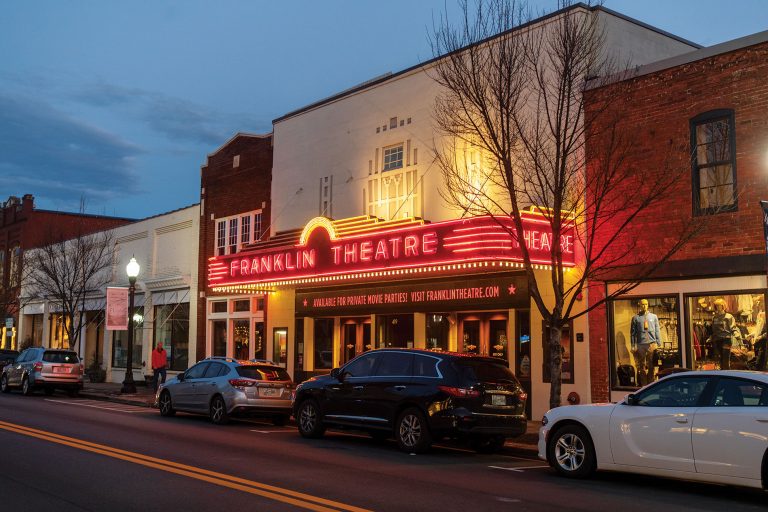 You don’t have to be a fan of big cities to be captivated by the unique charms of a small, historic downtown. In fact, even though big cities all started as small ones (duh!), they’re almost like different species.

Don’t count small cities out…you think that you may not find much in small downtowns, but they have ample rewards of their own. There’s not much better than the quiet excitement of discovering one new thing after another during a leisurely stroll along the streets of a great small downtown. Here are just a few of America’s many cool, historic downtowns that you will want to add to your bucket list.

For Someone Who Loves the Coast: Carmel-by-the-Sea, CA

Carmel packs a lot into its one square mile of village on California’s central coast. There’s something — lots of things, really — for everyone: award-winning restaurants, wineries, boutiques, art galleries, top-rated beaches, and the historic Carmel Mission Basilica, a registered National Historic Landmark. The town celebrated its 100th anniversary in 2016. Artists and entertainers have long been drawn here for a respite from the pressure cooker of the entertainment industry, including Doris Day, Bing Crosby, Betty White and Clint Eastwood, who was the town’s mayor at one time.

Twenty miles south of Nashville, the music is a lot quieter. The beat goes on at the Franklin Theatre, a 300-seat vintage movie house turned music venue. But you may be charmed into a stroll along the tree-lined sidewalks of Franklin’s historic downtown, where you’ll find coffee shops and boutiques like White’s Mercantile, a throwback general store owned by country legend Hank Williams Jr.’s daughter. Stay downtown and take a five-block Southern Food Tour or venture out to tour nearby historic homes and battlefields.

For Someone Who Loves History: St. Augustine, FL

In a town established in 1565 by Spanish explorers, a historic downtown and a fortress are perhaps not surprising, but here in St. Augustine, they are spectacular! Whether you walk around the Colonial Quarter or take a horse-drawn carriage, you can admire the Moorish Revival–style architecture and be drawn inside the many fine restaurants and antique shops. The fortress Castillo de San Marcos harks back to the Spanish days, while the Lightner Museum shows an eclectic mix of fine and decorative art in the former Alcazar Hotel, built by industrialist Henry Flagler in 1888.

For Someone Who Loves a Weekend Wander: Eureka Springs, AR

There might be no better small downtown for just wandering around than Eureka Springs, AR. More than 100 local and eclectic shops, restaurants, and evening entertainment can be found along winding streets that follow the hilly terrain of the Ozarks. Guided walking tours cover everything from haunted places to the town’s historic underground. A trolley and an open-air tram are great options when you can’t stop sightseeing but are ready to take a load off. Basin Spring Park marks the mineral springs that first attracted indigenous cultures and settlers. The entire town is on the National Register of Historic Places.

For Someone Who Enjoys Variety: Telluride, CO

The day-to-day action of a rowdy mining town is long gone since Telluride became a major ski destination in the 1970s. Now history rubs elbows with restaurants, boutiques and nightlife along the town’s Main Street. This 12-block National Historic Landmark District retains much of its physical history, including the Old Town Jail. You can also see where Butch Cassidy robbed his first bank in 1889 — the corner of West Colorado Ave. and Fir Street — although the bank is gone. The town is nestled in a box canyon beneath 14,000-foot peaks and connected to the ski slopes by a gondola.

For Someone Who Loves Brews and (Historical) Background: Bend, OR

Though it may be better known as a ski destination, Bend’s walkable downtown is also a hub for arts, dozens of restaurants, and craft beer. The Bend Ale Trail includes more than two dozen craft beer breweries, not to mention distilleries, wineries, cideries, and kombucha brewers. The Deschutes River runs through downtown, so tubing, kayaking and SUPing are also on the menu. Since 2019, Bend has boasted a unique piece of history: The Last Blockbuster, the sole remaining location in the world for Blockbuster Video, which spearheaded the spread of video through VHS and DVD in the 1980s and 90s before technology moved on.