Today's millennials are forgoing big coastal metropolises for smaller towns and cities — here's where they're going (and why). 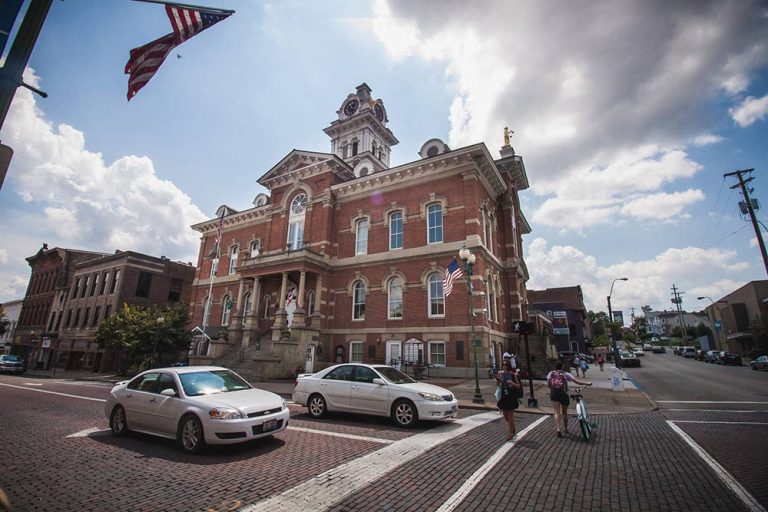 Millennials looking to put down roots are turning to smaller towns and cities, according to several recent analyses on the moving trends of young adults. Apartment List, which used census data from 2005-2015, found that millennials are increasingly attracted to metropolitan areas away from the two coasts. A 2017 article in TIME also noted that “smaller cities…are actually seeing the most relative growth in their population of 25-to-34 year olds.”

While coastal cities such as Seattle and San Francisco continue to be top destinations for the younger set, they also rank lower in terms of affordability and homeownership. That might be why smaller towns such as Fargo, North Dakota and Athens, Ohio boast surprisingly large millennial populations.

Here are five of our favorite small cities that are seeing big gains in young residents (and why):

Courtesy of James Willamor under a CC 2.0 license.

Charlotte has topped multiple lists as the number one destination for millennials, who are attracted by its high wages, low cost of living, transportation options and growth in amenities such as coffee shops and breweries. SmartAsset estimated that Charlotte boasted a net gain of 10,707 young adults in 2015 — no doubt attracted by the city’s millennial-friendly mix of cosmopolitan lifestyle and small-town charm.

Why Today’s STEM Grads Are Moving to Charlotte, NC

Home to UNC Charlotte, the city is easy to navigate thanks to the Lynx Light Rail, which is scheduled to be extended all the way to the UNC campus sometime in 2018. According to Headlight Data, Charlotte also had a 3.7 percent job growth, the fourth highest rate of the 53 largest metro areas in the United States in 2016. The one-two punch of the city’s growing economy and appeal as a great a place to live has been a big win for the Charlotte’s talent attraction efforts, with young people eager to relocate for the quality of life as well as the job prospects.

Courtesy of jpellgen under a CC 2.0 license.

Ready for a surprising stat? North Dakota has one of the highest percentage of millennials of any state in the United States. Yes, really. Fargo, as the most populous city in the state with 120,000 inhabitants, added nearly 6,000 20-to-34-year-olds in 2015, just over five percent of the total population.

Find Out Which Fields in Fargo Have the Most Job Openings

Along with other North Dakota cities such as the capital Bismarck, Fargo is attracting well-educated young professionals due to its strong economy, low unemployment, safe environment and affordable real estate. It’s no surprise that Fargo and Bismarck both earned spots on our 2018 Top 100 Best Places to Live list.

Courtesy of Sean Davis under a CC 2.0 license.

More than 1,700 millennials chose to move to Memphis between 2010 and 2015, a 9.5 percent increase, according to TIME. One of the most attractive features of Memphis are its affordable housing options, with nearly 30 percent of millennials owning their own homes at a median price of $142,795.

Why Memphis, TN, Is a Mecca for Talent

Organizations such as the non-profit New Memphis Institute are launching initiatives to attract and retain millennial workers in a region that has growing demand for workers with post-secondary qualifications. The City of Memphis has also made strides to revitalize the heart of the city with initiatives such as the Great Streets pilot project, which transformed a mile-long stretch of downtown into a pedestrian-friendly corridor.

Courtesy of Always Shooting under a CC 2.0 license.

As a technology and education hub, Pittsburgh offers many of the things young people are looking for in their home base. Between 2010 and 2015, Pittsburgh’s millennial population grew by 6.6 percent, with a net gain of 4,177. Local universities such as Carnegie Mellon and the University of Pittsburgh are both producing graduates that decide to stay and attracting young professionals working in the STEM sector.

Courtesy of James Carnes under a CC 2.0 license.

This college town is the smallest on our list, with a population of around 25,000, but it’s one of the most millennial-dense cities in the state of Ohio. Mortgage-data firm Ellie Mae estimated that millennials make up 59 percent(!) of homebuyers in Athens, one of only six towns in the United States where young people close the majority of new mortgages.

Just an hour away from the capital of Columbus, Athens is also home to Ohio University and an annual bluegrass festival. The influx of young residents keeps the culture here feeling fun and full of potential.