This 16-county region offers a unique blend of Southern tradition and urban flair. 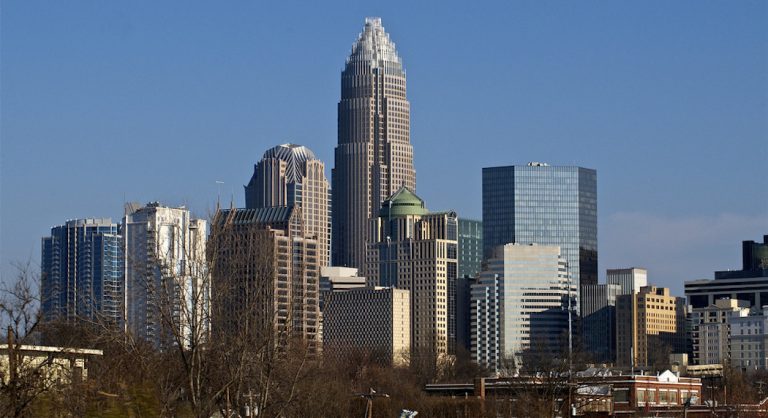 Because of that “flatness,” an area’s quality of life has moved up on the list of factors a business considers when choosing a location, whether it’s a corporate headquarters, manufacturing plant or back-office operation.

Charlotte: One of the 10 Best Cities for College Grads

That new paradigm has given Charlotte USA a competitive edge for many years, and it is an edge that is becoming even sharper as the 16-county regions grows and adds even more amenities.

The region is blessed with a temperate climate and four distinct seasons. North Carolina’s mountains and beaches are just a few hours away. With its prime location along the East Coast and as home to Charlotte Douglas International Airport, the nation’s eighth busiest airport, Charlotte USA offers easy accessibility to the rest of the country – and the world. Residents can choose from an array of urban, suburban and rural lifestyles, as well lakeside living on Lake Norman and Lake Wylie.

In 2007, the 9-mile first leg of the Lynx Blue Line opened between the center city and I-485 in south Charlotte, which has led to $1.4 billion in development along its route in 10 years. The 10-mile extension of that line, connecting the center city with UNC Charlotte, is now under construction and expected to open in 2017.

A second line, the Lynx Gold Line, is a modern streetcar. The first leg, 1.5 miles long and connecting the center city to the Elizabeth neighborhood, is scheduled to open in summer 2015. It will eventually be extended in both directions to connect the city’s East and West sides.

“The development community has embraced light rail. It sees the willingness of the public sector to invest in infrastructure and put a vision into action as a catalyst,” says Tina Votaw, CATS Transit-Oriented Development Specialist.

Center cities throughout the region are being revitalized. For example, in Hickory, in Catawba County, five empty major historic mills have been redeveloped, thanks, in part, to the city’s vacant building grants. More than 20 buildings have been salvaged altogether. Among them are the 37,000-square-foot Piedmont Wagon Factory building, which now houses the headquarters of Cornerstone United Inc., and Hollar Mill, now a multi-use entertainment destination with event space and restaurants.

“These former manufacturing facilities along the rail corridor were vacant and derelict with vagrants living in them and covered in graffiti. But they had wonderful architectural character and have been brought back to life,” Hickory Assistant City Manager Andrea Surratt says.

Lots to See and Do

No matter where you live in Charlotte USA, you have easy access to a multitude of cultural, recreational and sporting activities.

The Charlotte area is a mecca for NASCAR enthusiasts, with both the NASCAR Hall of Fame and the Charlotte Motor Speedway. Sports fans also enjoy the NFL Carolina Panthers and the NBA Charlotte Hornets, as well as AAA baseball in the recently opened BB&T Ballpark in Uptown Charlotte and the adjacent Romare Bearden Park. Other minor league baseball teams call the area home, and college basketball is as much a religion as it is a sport.

The Best Burgers in Charlotte USA

For outdoor enthusiasts, the U.S. National Whitewater Center offers activities including whitewater rafting, mountain-biking, running, climbing, kayaking and canoeing. For walkers, hikers and bicyclists, the Carolina Thread Trail is made of 220 miles of trails, greenways and blueways that meander through a 15-county area.

While Charlotte’s Uptown beckons art lovers with the North Carolina Blumenthal Performing Arts Center, the Levine Museum on the New South, the Mint Museum of Art and the Harvey B. Gantt Center for African-American Arts+Culture, each county has its own art scene and engaging museums to visit.