Why Abilene, Texas, Is a Mecca for Young Professionals

Three young professionals from different industries share why they love living and working in Abilene. 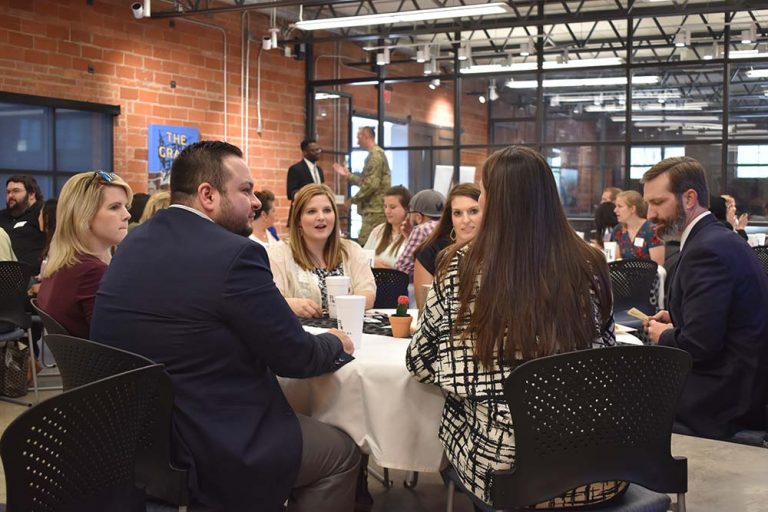 Courtesy of Abilene Chamber of Commerce

Abilene, Texas, is proud to claim the largest network of young professionals in West Texas. There are over 570 members in Abilene Young Professionals, and they are committed to attracting, retaining and engaging with other professionals ages 22-40.

We wanted to know more about what makes Abilene a great place to live and work, and why they chose to move here instead of bigger cities. We spoke to some of Abilene’s young professionals from varied backgrounds and across industries to find out what they love most about Abilene. Here are their answers.

Travis Ruiz hails from the Texas panhandle and lends his unique perspective to what it’s like to relocate from another part of the state.

What brought you to Abilene?

“If you had told me five years ago that I would still be in Abilene, celebrating my fifth anniversary here, I probably would have laughed at you — not because I didn’t want to give it a chance, but because I thought at the time that it was going to be more of a stopping point, but that’s clearly not the case. I had interviewed for a job here, but it wasn’t one I sought out necessarily, and it gave me a great opportunity — a 26-year-old in the position of news director. I was the youngest news director in the company, and we have 199 TV stations in virtually every market in the U.S.”

What made an impression on you when you first came to Abilene?

“I’m still one of the youngest directors in the company and I think the reason that Abilene has stuck on me is that I was able to find my spot quickly. I was able to see a difference quickly. I was able to see my impact quickly on people who were willing to give me a chance and my age was never looked at as a negative but as more of a positive, I was able to prove that I had the knowledge and the gumption to help in different organizations. I found my spot and I can’t imagine myself anywhere else. One of the things I tell people is that on day one you can make an impact. Abilene is more old-fashioned than other places in that we still have more of those interpersonal relationships that you don’t see in big metro areas. Relationships really matter, and you can come in on the first day and make a difference.

What was your experience getting to know other young professionals?

“Overall, Abilene was welcoming for me as a young professional. I was eager to come in and make my mark and people were ready to help teach and guide and mentor me and put me in this position. I’m on like six different nonprofit boards. I’m the chairman of the Big Brothers Big Sisters here in Abilene, I’m a chairman in the Hispanic Business Council, I’m on the board of the Convention and Visitors Bureau, and I help with other nonprofits. I’ve been able to make my mark and that’s something that was really important to me.”

Dyess Air Force Base is Abilene’s largest employer, and its men and women are very ingrained in the local community. Wiley is an example of how airmen integrate into the daily life of Abilene.

What has Abilene been like compared to the other cities you’ve been stationed in?

“I was a recruiter in Dallas-Fort Worth, where I’m originally from, for four years and in East Texas for three years, and I was stationed in Las Vegas and in England prior to that. There was an opportunity to come to Dyess, so I applied and was lucky enough to be chosen and I got to come here. It’s different everywhere you go, and I’ve always felt supported but the support I’ve felt in the Abilene community is above and beyond anything I’ve ever seen.”

Abilene is known for its support of its military people. What has the reception been in your experience, by the community?

“It’s something pretty unique when you have an installation of military, and the community acknowledges that every day — it makes being involved in the community a lot easier when you have that type of daily support. I can go to a store or a restaurant or anywhere around town, everyone will thank you for your service and recognize you. You feel welcomed and supported. And even after being here for six years, it’s really cool to see how the community rallies around its airmen.”

What types of volunteer work or community work do you participate in?

“I’m the guy who’s probably too overly involved in the community. I was the chair of the Young Professionals and now I’m the most recent past chair.  I’m on the board of a couple of nonprofits — Cancer Services Network, which helps cancer patients in our region cover some of their expenses like medication, travel to and from appointments, and on the board of the local Make A Wish chapter. I was elected to the Abilene Wylie School Board and I’m involved in local and regional disaster relief and lots of things organized by the church we go to. Being involved has really helped me to get to know the leaders of the community locally.”

Many retired airmen will return to Abilene. Is that something you’d consider?

“There’s always a possibility of being deployed if you’re on active duty, but I’m two years away from retirement. My wife is a school teacher and our two girls are active in school, too, so we’ve gotten an opportunity to dig some pretty deep roots. That’s what’s cool about Abilene. It’s a growing city but it has the small-town mentality of getting plugged in and remaining plugged in and encompassing everything in the community. Abilene’s awesome! I could talk forever about anything in regard to the community, it’s such a unique community and we’re very blessed to be a part of it. It only took a couple of months to fall in love with it. Even though we never moved around like a lot of military families, we were surprised about how great it is.”

Dr. Emily Elias and her husband, Dr. Alejandro Elias, recently moved to Abilene from Spartanburg, S.C., where they attended chiropractic school. They have no ties to the area, but as young professionals picked Abilene to start and grow a business.

Why did you choose Abilene?

“We get asked all the time why we picked Abilene. We were about to graduate from chiropractic school and trying to figure out where we wanted to put down our roots — ultimately where we’d open a practice and start a family. We narrowed it down to a few states, one of which was Texas, which is obviously gigantic. But we didn’t want to live in a big city, we were specifically looking for little towns outside of big cities. I’m not kidding when I tell you this, we literally pulled out a map and highlighted some cities. Abilene was one of our first stops, and we did a cross-Texas road trip. It just stood out in the list of all the cities we went to.”

How has the reception been to you as a small business owner just starting out?

“What made Abilene stand out was that people are so warm and welcoming and supportive to people wanting to open a small business. We talked to a couple of people about opening a practice and a lot of them wanted to know why we wanted to come to Abilene, almost like the gatekeepers of the city, they want to protect and preserve what everyone loves about it, while they also want it to grow. They want to keep the culture and grow small businesses.”

What are some of the opportunities available to business owners in Abilene?

“When we first arrived, we chose an office space that was still under construction and it gave us time to network, connect with people, and make our names known in the city, which was very, very easy to do. The Abilene Chamber of Commerce is one of the top things — it’s actually a cool chamber with a lot of cool events. They have things to participate in weekly and monthly — it’s hard not to stay connected, and we just showed up at things consistently. We also got involved with the Rotary Club, went to a Kiwanis Club meeting, and there’s a women’s Christian business network here, too. There’s a plethora of opportunities to get connected with other businesses here. There’s also programming that offers free help to people starting small businesses, with weekly workshops available online — it’s things like accounting and payroll and stuff business owners don’t necessarily think about when they’re in the nitty gritty of it. That was a really great resource.”

With all of this, do you still find time to volunteer?

“We feel that the community here has really opened its doors and their arms, and we wanted to give back to the community. We volunteer with an organization here called Beyond Trafficking, whose mission is to stop human trafficking that happens in the surrounding areas. They’re awesome — they basically hold a fundraiser twice a year and do a big auction, so we got involved with them. Another organization we are working with is called All Kind, they rescue animals — dogs and cats — and help them get adopted, and they host a fundraiser and all types of events, too. We try to do a little bit of everything.”

This article was sponsored by the Abilene Chamber of Commerce.