Skip to content
Home > TX > Abilene > Where to Live Now > 10 Reasons Abilene, Texas, Is a Great Place To Live

10 Reasons Abilene, Texas, Is a Great Place To Live

Abilene, Texas, is consistently ranked one of the top places to live in the U.S. Here are 10 reasons why. 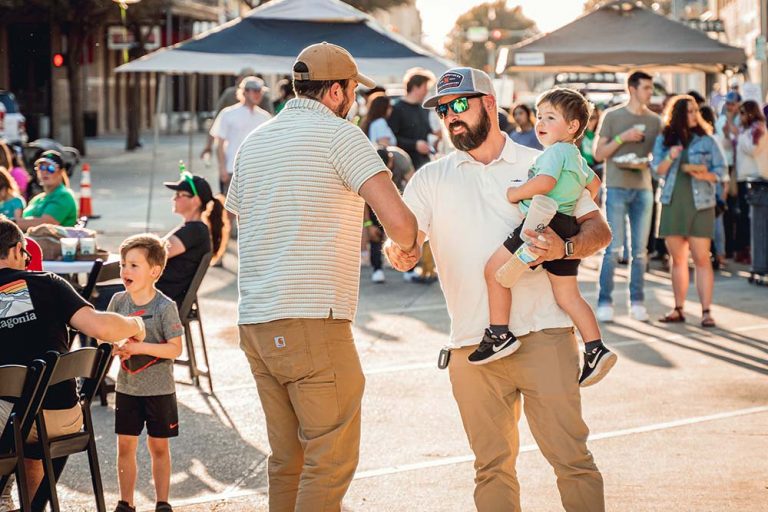 Consistently ranked one of the country’s most livable small cities, Abilene, Texas, has grown by leaps and bounds over the past decade.  Abilene has expanded far beyond its cowboy roots and today has a diverse economy, a revitalized downtown and superb recreational options available year-round. Cities like Dallas and Lubbock are just a few hours’ drive away, but Abilene remains a bit of a hidden gem (at least for the time being). Here are 10 reasons why this West Texas city is such a great place to call home.

A powerful economic engine for West Texas, Abilene draws upon a regional workforce of over 140,000 people and creates close to $7 billion in gross domestic output across industries including health care, manufacturing and technology. Dyess Air Force Base, Hendrick Health, Abilene Christian University and Blue Cross Blue Shield are among the area’s major employers. The nearly 1,000 square miles of rolling plains surrounding Abilene make it a hub of agricultural enterprise, including ranching and food processing, from small manufacturers to major companies like AbiMar Foods and Coca-Cola Southwest Beverages. Other manufacturers include Broadwind Towers, Eagle Aviation Services and Tige Boats. Small businesses are the backbone of Abilene’s local economy, thanks to pro-business advocacy and plentiful resources. It has a thriving Young Professionals program, along with an active Chamber of Commerce that local business owners credit with helping build their success.

Your dollar will stretch further in Abilene, which offers residents an affordable place to hang their hats. Gas prices average a dollar less per gallon in Abilene compared to cities like New York or Los Angeles ($3.30 average compared to $3.75-$4.81). Energy prices in Abilene are cheaper, too: Electricity rates are around 10 cents per kWh compared to cities like Denver (12 cents per kWh) or New York (20 cents per kWh). The median home value in the area is $174,812, according to Zillow, which falls far below the median value throughout the United States ($325,677) and roughly half the median value of homes in the Dallas/Fort Worth area ($294,603). Abilene has an ample supply of existing homes and new construction.  The region also offers plenty of free ways to have fun, from live music to splash pads at local parks and the always-free National Center for Children’s Illustrated Literature.

You may not expect a flourishing arts and culture scene from a midsize city in West Texas, but you’ll be pleasantly surprised when it comes to Abilene, which has a very active performing arts community featuring everything from Broadway musicals to poetry slams. The Abilene Philharmonic has been delighting audiences for more than 60 years, and the Historic Paramount Theatre is one of the few remaining atmospheric theaters in the country. The downtown area has several galleries and museums worth exploring, like the Grace Museum and the Center for Contemporary Arts. Abilene is the Storybook Capital of America and sculptures of beloved storybook characters fill the Storybook Sculpture Garden and pepper the downtown area. Abilene’s Cultural District is one of the first five such designations in the state of Texas, recognizing the importance of the arts in a thriving downtown environment.

Downtown Abilene is in the midst of a revitalization transforming several central city blocks. In 2019, it was announced that over $100 million was being pumped into the district, with several real estate development projects including a new 206-room hotel just steps from the Abilene Convention Center. Along with it, a slew of new restaurants, bars, breweries, retail and cultural improvements are taking shape, too. There are roughly a dozen art galleries lining downtown blocks to peruse during Abilene’s monthly ArtWalks, alongside cultural institutions like The Grace Museum, Frontier Texas!, the Historic Paramount Theatre, the Center for Contemporary Arts and the National Center for Children’s Illustrated Literature.

Restaurants like The Beehive, Monk’s Coffee Shop and McKay’s Bakery, and retail like the Texas Star Trading Co., officially named the National Store of Texas by the state legislature, make a day strolling through the Abilene downtown entertaining.

Abilene’s central downtown bleeds into the emerging SoDa (South Downtown) district that’s fast becoming a hotspot for area nightlife. The district is home to two breweries — Pappy Slokum, one of Abilene’s first craft breweries, and Sockdolager, which has a family-friendly taproom. (Grain Theory, a newcomer in north downtown with a wraparound patio, is also worth a visit.) For craft cocktails, there’s The Pour House, KAO Lounge and Amendment 21, Abilene’s signature Prohibition-themed distillery, which also offers small bites and its own line of beers. The Mill Wine Bar, an indoor-outdoor space housed in a converted mill nearby, is a popular destination for dining, drinks and live music. Fat Bosses Pub is a happy hour favorite that has a live DJ on weekends, and Abilene Axe Company offers cutting-edge entertainment. Popular eateries include Vagabond Pizza and The Local, which offers contemporary Mexican fare and flights of mezcal. For date night, Cypress Street Station is an upscale Abilene classic offering “comfort with a twist.”

Abilene has become a destination for live music, from festivals to songwriter nights. It’s the home of the Outlaws & Legends Festival each March, billed as the biggest one-stage event in Texas, and the Farm Raise Music Fest, which takes place on the “Back Porch of Texas” each August with live music to benefit charity. Abilene was certified (along with 30 other Texas cities) as a “music friendly” city by the Texas Governor’s office in 2019. Abilene Centerstage uses social media to share the best live music at local venues including the Ice House at Lone Star Dry Goods, Potosi Live and The Mill, plus special events like Mulligan’s Outdoor Bash and the Live at Lytle concert series.

Abilene is the proud home of Dyess Air Force Base, located seven miles south of town, which supports more than 13,000 personnel, including officers, enlisted, retirees, civilian employees and family members. Many airmen previously stationed in Abilene return when they retire to live there permanently and it’s partly because the military is so well supported there. In fact, an award formerly known as the Air Mobility Command Community Support Award was renamed the Abilene Trophy because the town won so many times for its support of the local military community. Abilene also has received the Barksdale Trophy twice in four years. Air Force bases across the nation compete bi-annually to see whose airmen perform best in their roles. In 2020, the chamber’s Military Affairs Committee helped land a $962,607 grant to support construction of a STEM facility at the new Dyess Elementary School, which is composed of 65.7 percent military family students. The highlight is a world-class Makers Lab that includes several 3-D printers, laser engravers, a robotic arm and more. Civilians and servicemen alike will appreciate a visit and guided tour of the Dyess Air Force Base Museum and Linear Air Park. Dyess Memorial Park, located next to the Heritage Museum in Abilene, was built to honor 79 Dyess airmen and civilians who made the ultimate sacrifice in the line of duty. It won the 2020 Air Force Design Honor Award in the Landscape Architecture category and is the only memorial of its kind in the country.

Cowboy culture runs deep in Abilene, which was established to help local ranchers move their cattle by train. Downtown museum Frontier Texas! uses life-size holograms and other interactive exhibits to re-create life on the wild and barren frontier. Visitors will experience a wolf attack, a buffalo stampede and a saloon card-game shootout, and meet Native Americans, explorers and early settlers. Fort Phantom Hill, built as an outpost in the 1850s, features several buildings to explore while you stroll the 38-acre site. It’s part of the Texas Forts Trail, a 650-mile driving loop through Central West Texas that highlights a Spanish presidio and eight historic forts.

There’s always something fun going on in Abilene, which holds year-round public events that bring the local community together. One popular event is the Western Heritage Classic, a four-day weekend event held in May that’s been going strong for more than three decades. Celebrating Western heritage and culture, it includes a chuckwagon cook-off, children’s stick horse rodeo, food and drink, and its signature event, the Ranch Rodeo. One of Abilene’s most popular events is The Children’s Art and Literacy Festival that takes place over three days in June and brings storybooks to life, with a parade, costume contest, food trucks, a featured artist and a sculpture unveiling. Abilene’s show stopping event is the annual Abilene Freedom Festival, a grand Independence Day celebration featuring a parade, live music, shopping, food, a cook-off and, of course, fireworks.

Abilene has an arid climate, with mild winters and hot, sunny summers. On average, there are 243 sunny days per year in Abilene, which makes it easy to enjoy outdoor pursuits. Abilene is a park lover’s paradise with more than 529 acres in Abilene State Park alone. It offers hiking, biking, camping (the yurts are a popular option), fishing, swimming, boating, geocaching, nature walks, picnics and more. On top of that, the city’s 27 parks span more than 1,000 acres and offer a variety of facilities, ranging from splash pads to the Adventure Cove water park, plus summer day camps and programming for seniors. Multi-use trails for biking and walking tie into the local transit system, connecting central landmarks within the city. Abilene is also a pup-friendly place! Visit Abilene Chamber’s Convention and Visitors Bureau website for an entire list of dog-friendly venues and activities.

This article was sponsored by the Abilene Chamber of Commerce.