These include Glade Spring, Saltville and Damascus, all of which feature historical sites and world-class trails. 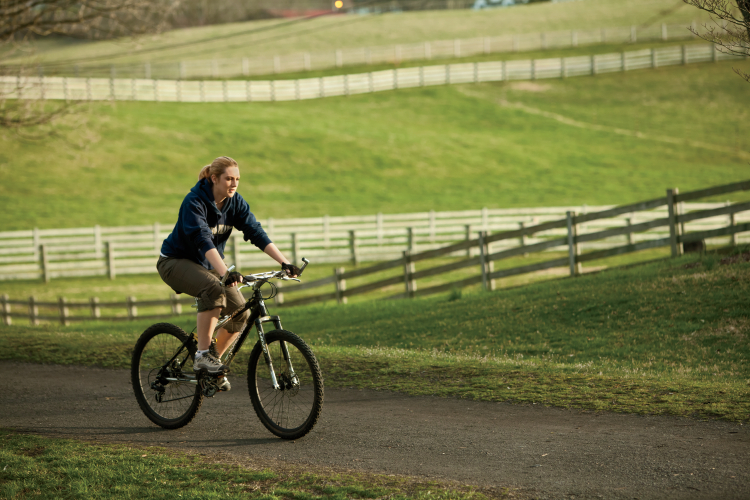 Established in 1778, Washington County seat Abingdon is rich in history and American culture. It also sits at the trailhead of the Virginia Creeper, a multi-use trail that runs 34 miles, ending in White Top. Overlooking West Main Street is the historic Barter Theatre, which has been around since the Great Depression, when actors would take vegetables in lieu of tickets for their performances.

Glade Spring is a small community with a big heart. The town and surrounding area are home to about 4,500 residents. In addition to a handful of restaurants and shops, Glade Spring hosts a farmers market which opens in May at the town square on Saturdays between 8 a.m. and noon. The Salt Trail runs on an old rail bed between Glade Spring and Saltville, part of the national Rails to Trails program.

Saltville, at the other end of the Salt Trail, is the site of two Civil War battles. Saltville Well Fields are the foundation of the existence of Saltville, and the Salt Park demonstrates how salt is made. Observers can watch prehistoric remains being unearthed at the Ice Age Dig. Saltvillians escape the summer heat at the Hardy Roberts Memorial Wave Pool.

Damscus is known as Trail Town USA. The Appalachian Trail, the Virginia Creeper Trail, the TransAmerica National Bicycle Trail, the Iron Mountain Trail, the Daniel Boone Heritage Trail, the Crooked Road Musical Heritage Trail, and Virginia’s Birding and Wildlife Trail all run through Damascus, attracting campers and other outdoor-types “seeking a way into the wilderness.” The town’s Annual Trail Days Festival in May celebrates the great outdoors. Locals cool off at the Damascus Town Swimming Pool during warmer months.