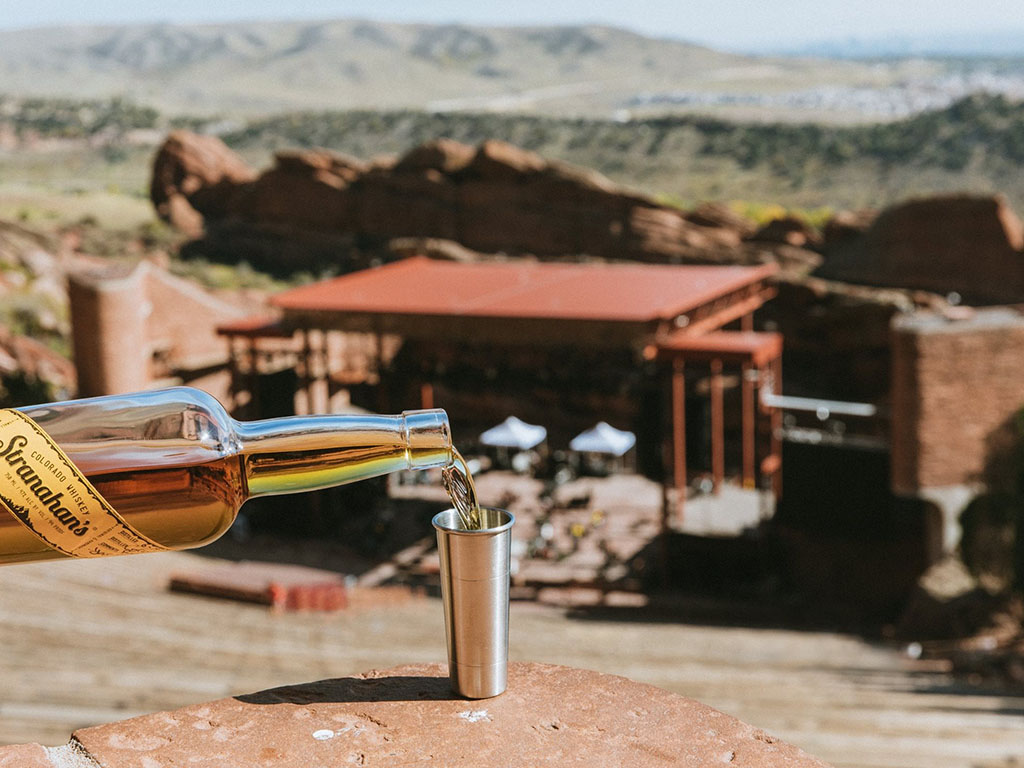 Whiskey is America’s drink. Sure, Irish monks invented it and the Scots perfected it, but without whiskey would Alexander Hamilton have ever hip-hopped his way into America’s hearts? Would NASCAR have ever gotten off the starting line? Would thousands of mixologist mustaches have ever seen the dim light of happy hour?

For all the impact whiskey has had on the US of A, it is often only associated with Kentucky and Tennessee. Both states have excellent sources of water, fantastic soil and dynamic temperature fluctuations. As a result, their whiskey has been traditionally unmatched in quantity and quality.

Here are five regions in the U.S. that are making some of the most interesting and innovative whiskeys today. 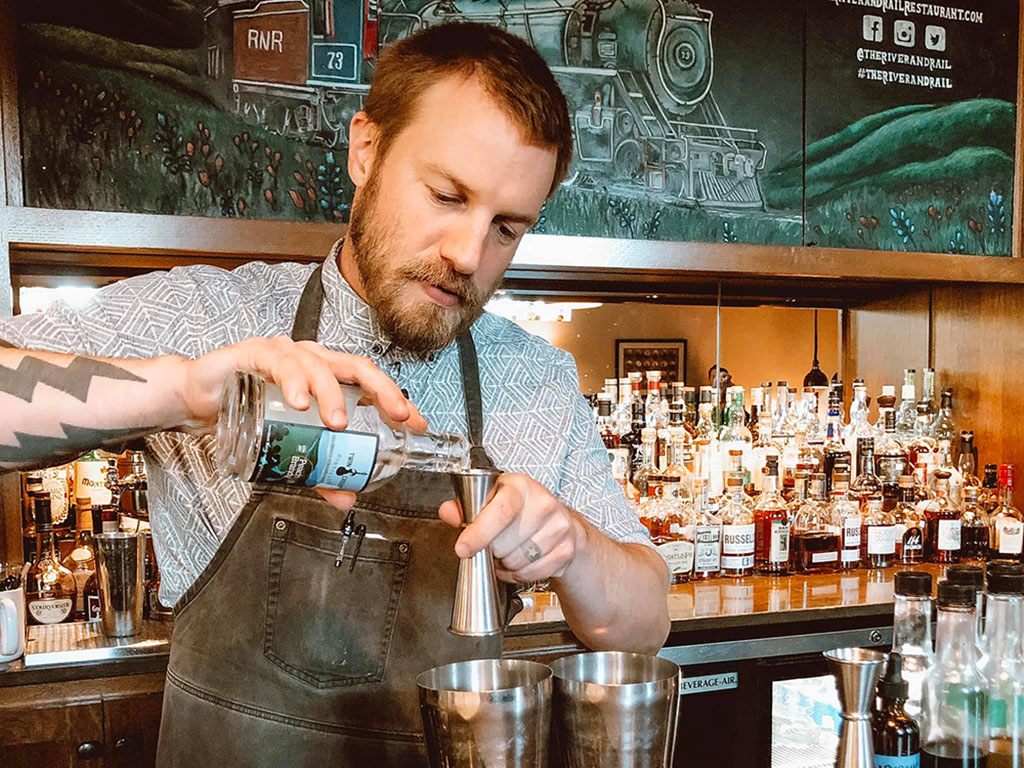 If the heart of American whiskey is in Kentucky and Tennessee, then its soul is found in Virginia, where America’s first distillery operated in the early 1600s. But the biggest whiskey story in the state belongs to a Founding Father.

“Hamiltonâ€ skipped the 1790s Whiskey Rebellion, which entailed taxes, angry distillers, arson, tarring and feathering, lots of drinking and George Washington sending him Federal troops to stop it all. Whiskey resonated with our first President, because after the Rebellion he became one of the top whiskey producers in the country. In 2007, a reconstructed distillery opened at his estate in Mount Vernon, firing the stills for the first time in 200 years. Visitors can now walk away with a bottle of rye whiskey made with his original recipe.

If Virginia’s whiskey past is found at Mount Vernon, its whiskey present is found in distilleries like A. Smith Bowman in Fredericksburg, known for their award-winning bourbons. Virginia Distillery Company in Lovingston produces a spirit that marries American single malt with Scotch. Twin Creeks Distillery in Franklin County, the Moonshine Capital of Virginia, produces spirits that harken back to the untamed days of bootlegging drivers who were the inspiration for NASCAR. 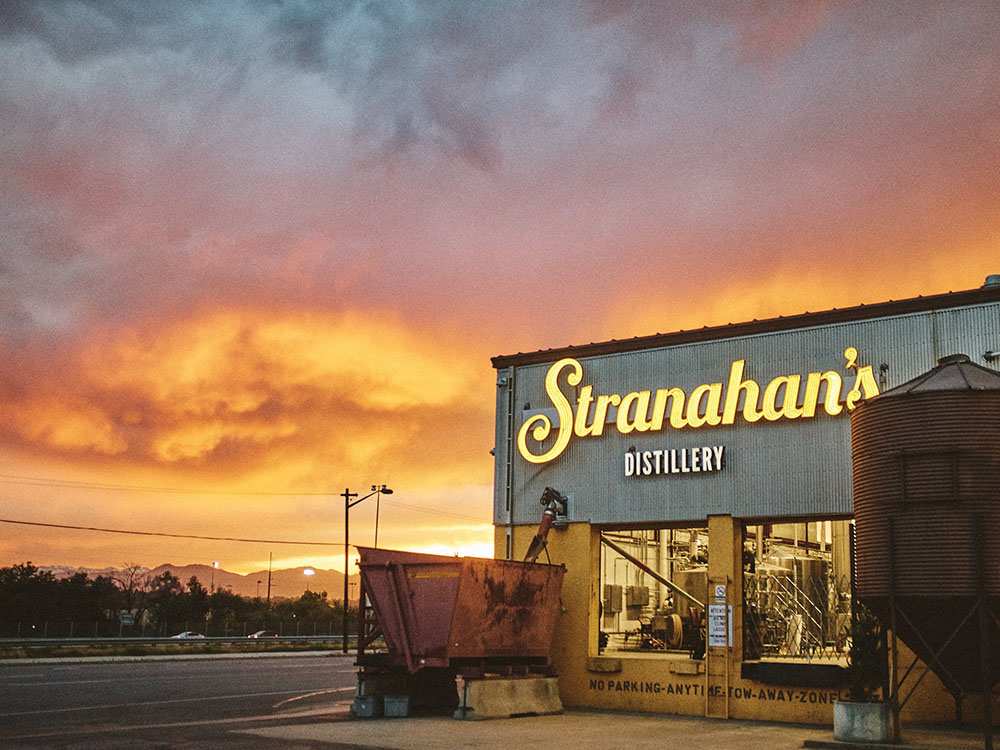 From gold miners to early skiers, Colorado has long been a land of pioneering spirit. And before the Rocky Mountain high of Colorado’s recent cannabis revolution, the state was on the forefront of the craft distillery revival.

Stranahan’s in Denver was the state’s first distillery since Prohibition, making a signature “Rocky Mountain Whiskeyâ€ out of malted barley. Their annual “Snowflakeâ€ release is a holy grail for whiskey drinkers, available only one day a year, with each release tasting as elusively unique as its moniker.

Wild West Experiences You Can Only Have in Colorado

Breckenridge is the highest distillery in Colorado – not that kind of high – at an elevation of 9,600 feet. In 2018 they were named Brand Innovator of the Year by Whisky Magazine. Leopold Bros. in Denver makes a pre-Prohibition style of rye whiskey, but jumps into the modern age with whiskeys blended with Colorado peaches and blackberries. Distillery 291 in Colorado Springs adds Rocky Mountain flavor to its handmade spirits by finishing their rye whiskey in aspen staves. 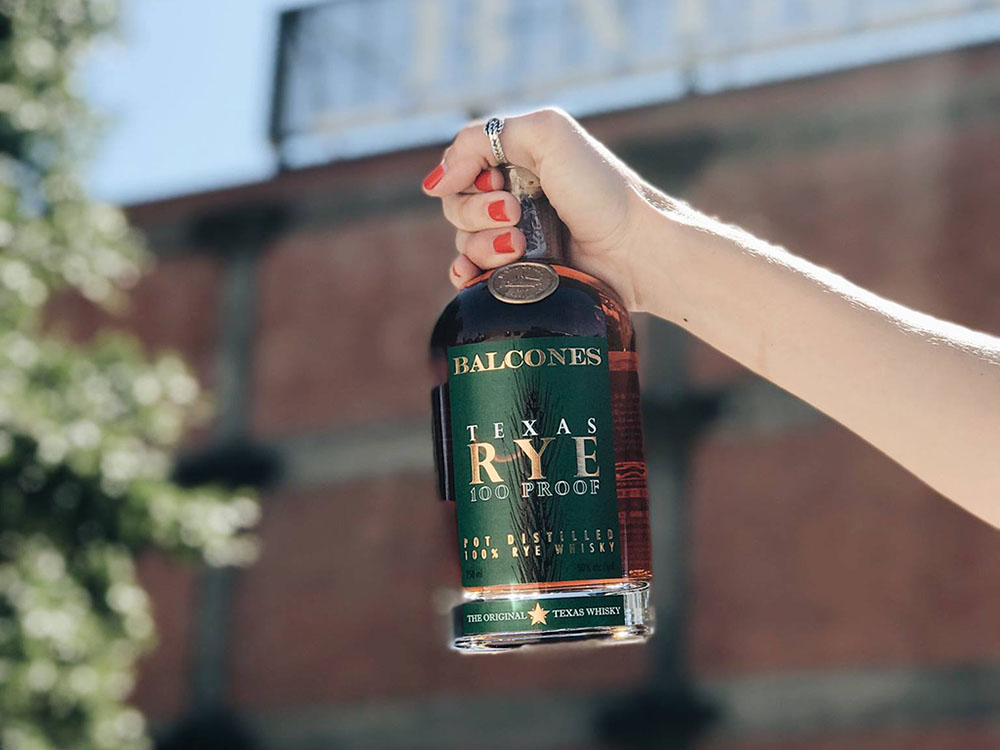 You could fill a roadhouse jukebox with nothing but songs about drinking whiskey in Texas. And as you would expect, Texas does whiskey in a bigger and bolder way than pretty much anywhere else.

Balcones in Waco has led the way in Texas whiskey since 2008. Their True Blue and Baby Blue whiskeys use blue corn as a grain base, giving the spirit a spicy and fruity flavor. They gave even more Texas edge to their Brimstone release, which adds a smoked scrub oak flavor to the spirit.

Fort Worth’s Firestone & Robertson Distilling Company uses Texas corn, Texas wheat and yeast that comes from a pecan found in – you guessed it! – Texas, for their whiskeys, which are labeled with a big “TX.â€ The oldest distillery in the state, Garrison Bros. distills their spirit on a ranch and won the first-ever Texas Bourbon Shootout with their 115 Proof Balmorhea. Another big gun in the Texas Bourbon Shootout was Herman Marshall Distillery from Garland, whose small batch bourbon offers a delicate flavor that is perfect for cocktails. 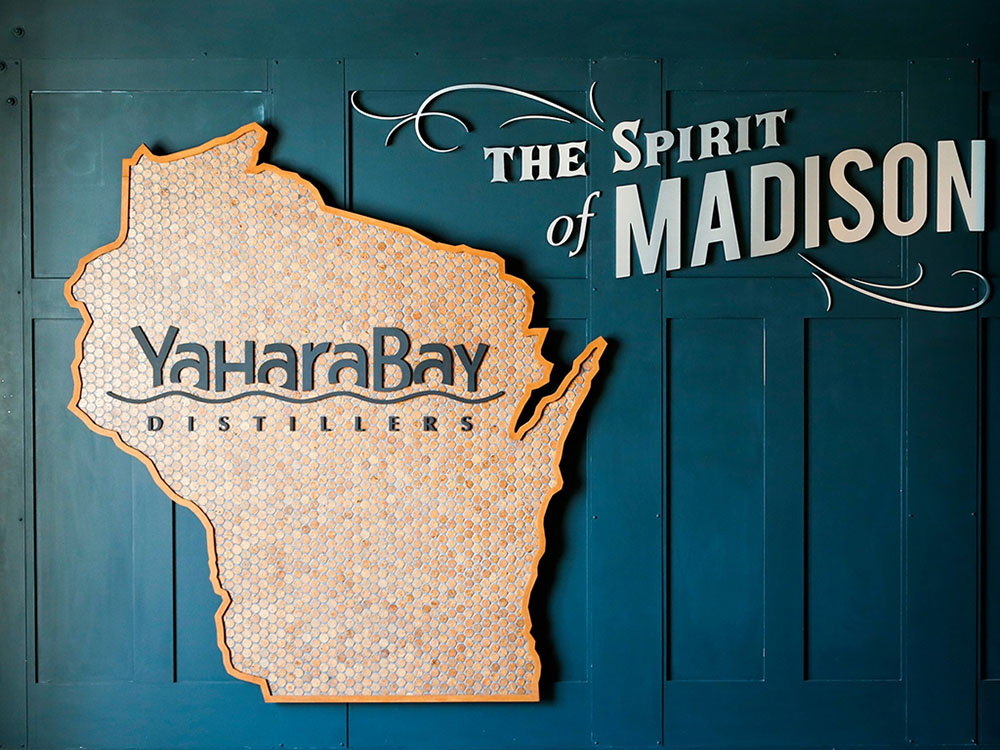 The Badger State may be best known for beer, more beer and – wait for it – MORE BEER, but in recent years it has become one of the more intriguing whiskey regions in the country.

Milwaukee’s Great Lakes Distillery kicked off the renaissance in 2004, producing small batch, hand-crafted bourbons. The second oldest distillery, Yahara Bay in Fitchburg, makes a two-year-old whiskey from corn, barley, wheat and rye. And if you can find a rare bottle of their only ten-year-old expression, A: play the lottery and B: enjoy, enjoy, enjoy.

Madison is home to Old Sugar Distillery, which uses Wisconsin sorghum for its Queen Jennie whiskey. J. Henry Distillery in Dane won a Double Gold at the San Francisco World Spirits Competition for its five-year-old whiskey made with heirloom red corn. Wollersheim in Prairie du Sac has boldly entered the whiskey world with their award winning Round Top Rye, which uses locally sourced grains. 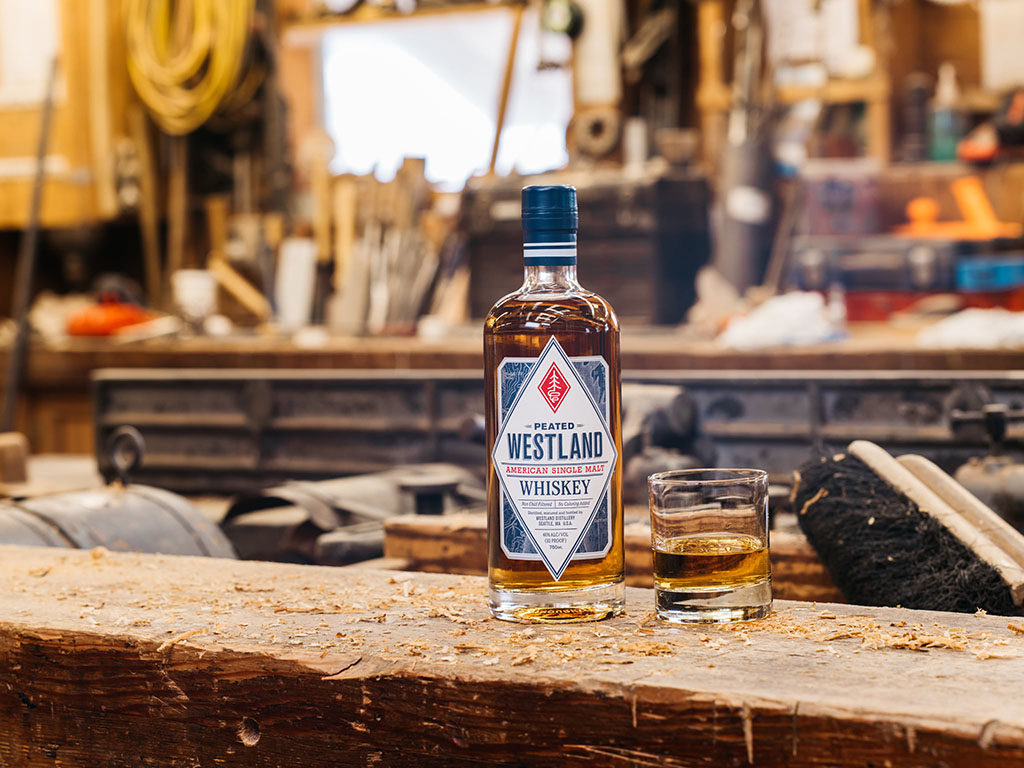 Sure, it smells like tasty spirits in Seattle, but Washington’s distillery revival actually started on the other side of the state.

Spokane’s Dry Fly Distillery uses local ingredients in its whiskey products. Their Straight Triticale whiskey is a rye/wheat hybrid based spirit comes in swinging with the spice of rye, but cuddles up with the softness of wheat.

Bainbridge Distillers on Bainbridge Island uses Washington grains but goes global with their Yama Mizunara Single Cask organic whiskey, aged in Japanese Mizunara Oak casks. Theirs is the only whiskey outside of Japan aged in this exotic wood, which helped Whisky Advocate name it Craft Whiskey of the Year in 2016.

Seattle’s renowned Westland Distillery pays homage to Scotland’s smokier spirits with its peated whiskey made from Washington grains. Fremont Mischief Distillery lives up to its name with their Storm Tossed Rye whiskeys. Each barrel is aged on a fishing vessel while it traverses the Bearing Sea. The result is significantly different flavor profiles for spirits that started out similar before they hit the high seas.

So, the next time you see Mila Kunis sipping Jim Beam in a bar, gently suggest she try a spirit from another region. Who knows? Maybe by the end of the evening you’ll both be shouting, “Hello, Wisconsin!â€