From the best dining spots to the greatest bargains, Seattle locals know where to go. 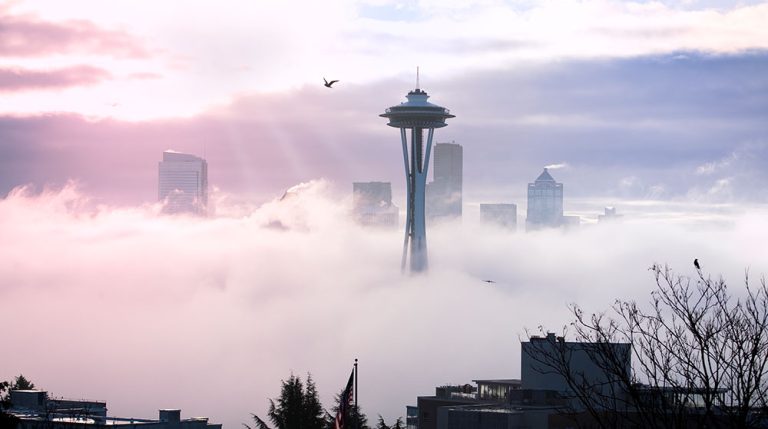 It’s not just tourists who are amazed by Seattle’s seemingly unlimited list of things to do. But, from dining to dashing to discounts, locals have blazed the trail for transitional followers.

From basic standbys such as burgers, hot dogs, tacos and sandwiches, to a wide range of authentic ethnic specialties, Seattle’s fleet of food trucks offers something for almost every appetite seven days a week. Hot spots such as downtown Seattle and South Lake Union feature a dozen or more trucks, especially during lunch hours. Food trucks also abound in many other neighborhoods, as well as at many area festivals.

3. The Goodwill of Goodwills

The mecca for many Seattle-area bargain hunters is the Goodwill Outlet Store on Sixth Avenue. Items are brought to the sales floor in large bins for merchandise that usually is sold as-is by the pound – including clothing, accessories, shoes, toys and housewares. Dinnerware, electronics and glassware are sold by the piece.  Bins are swapped out every 15 minutes or so, creating another bargain-hunting frenzy.

With passenger traffic booming at Sea-Tac airport, on-site daily parking is costly and limited. As such, several independent parking contractors offer nearby lots, as do many motels near the airport (without requiring an overnight stay). One of the best parking values is the Americas Best Value Airport Inn in SeaTac, which offers an online daily rate of about $6 per day and provides free shuttle service to and from the airport, about 15 minutes away.

4 Reasons To Move to Seattle, WA

A booming economy, incredible food and music are just three things this Pacific Northwest city has to offer.

Seattle’s reputation as a bike-friendly city is enhanced by bring-aboard options for riders on the area’s mass transit. King County Metro buses not only have bike racks on each bus, but offer about a half-dozen demonstration sites with practice racks. The surcharge for bringing a bike along on the Washington State ferries is one dollar round trip (slightly higher to the San Juan Islands or Sidney, B.C. Bicycles are also allowed on the water taxi routes from West Seattle and Vashon Island to downtown Seattle, as well as all Sound transit vehicles, including light rail.

The 12s are the designation given to rabid Seattle Seahawks football fans to signify support of the NFL team as the “12th man.” In fact, in 1994, team president Mike McCormack retired the No. 12 jersey as a tribute to the fans, which makes CenturyLink Field one of the league’s loudest stadiums. Large flags, signs, car decals and other items with the number inundate the landscape, in and out of football season.

If you’re looking to turn back the entertainment clock, look no further than the Seattle Pinball Museum, located in the Chinatown/International District. The cost of admission includes unlimited play on more than 50 vintage and classic machines. Single-entry admission is $15 for adults, $12 for children ages 7-12. A multi-entry admission, which allows players to leave and re-enter, is $20 for adults and $17 for children. The snack bar offers vintage snacks and sodas, as well as craft beers. The museum is closed on Tuesdays. Kids need to be at least 7 years old to play the games.

From the Travel Channel to the Food Network, the iconic Beth’s Café has been serving local patrons since 1954, when it was first established as a nickel slots gambling parlor. Located just north of downtown on Aurora Avenue (Hwy. 99), the classic diner is noted for its breakfast menu, including the legendary 12-egg omelette (or the wimpy six-egg version). Open 24 hours.

7 Things To Do in Seattle

See why Seattle is such a special and memorable place.