Skip to content
Home > WA > Where to Live Now > Can’t Afford to Live in Seattle? Live Here Instead

Seattle is one of the fastest growing (and most expensive) cities in the country. These nearby cities provide easy access to Seattle for a fraction of the price. 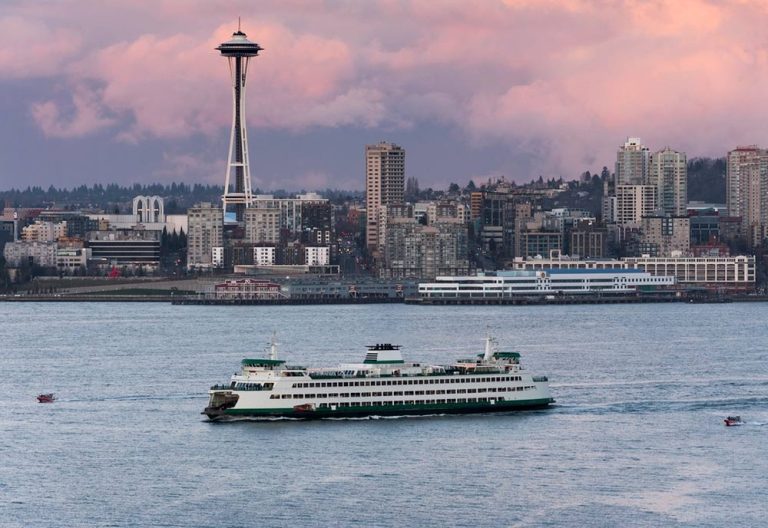 The city of Seattle is beautiful, quirky and full of fun things to do, but its many great attributes come with a huge price tag – making it one of the most expensive cities to live in in the nation. Don’t want to shell out for Seattle housing prices? Here are some affordable alternatives in the Seattle area that stand on their own as great places to live, while being close enough to Seattle to enjoy all the city has to offer.

Just 25 miles north of Seattle lies Everett, the seventh-largest city in Washington. Although just a 30-minute drive from Seattle, Everett is a heck of a lot cheaper – 43 percent cheaper, in fact. Housing, although still higher than the national average, is significantly cheaper in Everett. The median home price in Everett is $370,139.

Even though it’s not Seattle proper, this city is full of culture (and wine!). It’s home to the oldest theater in Washington state, the Historic Everett Theater. Residents enjoy plays, movies and music in the theater, built in 1901. The Schack Art Center is also a huge draw here, and hosts both local and international artists. And what’s better than great local wine? Port Gardner Bay Winery offers extremely affordable local bottles as well as winemaking classes.

Life moves a little slower in Gig Harbor. This tiny town is a nautical charmer with a population of just more than 7,000, but it’s still accessible to Seattle with a commute of just under an hour. This coastal town is completely surrounded by beautiful views of vast mountains and a rippling harbor.

Its historic shores were once home to the Pacific Northwest’s largest fishing fleet, and fishing and boatbuilding have been the area’s bread and butter for longer than a century. The harbor is lined with amazing waterfront restaurants and boutiques.

Because of these incredible perks, Gig Harbor is still above the nation’s average cost of living, but definitely more affordable than Seattle. An average one-bedroom apartment here will cost you $873 per month, while something comparable in Seattle would be $1,145.

Located 45 minutes from Seattle, Tacoma has a lot going for it. It’s cheaper, a lot less congested, and offers residents some incredible amenities. It’s no wonder it landed a spot on our annual Best Places to Live list.

This city is the perfect place for outdoorsy people to call home. It boasts one of the best park systems in the country, including the 760-acre Point Defiance Park and the beautiful Owen Beach on the Puget Sound. Mt. Rainier is just 59 miles from Tacoma, and it was originally named Tahoma, which is where this city got its name. Mt. Rainier National Park offers any outdoor adventure you could want, including biking, climbing, fishing, hiking and boating.

As far as affordability goes, Tacoma’s cost of living is only 5 percent above the national average. The average house here is about $311,400, and it’s the perfect place to settle down if you want all of the beauty of Seattle without the high price tag.

If you’re seeking the bigger city vibe but can’t quite justify paying so much to live in Seattle, Olympia is for you. Capital city Olympia has it all, and it’s only a little over an hour from Seattle. In fact, it also scored a spot on our Best Places to Live list.

Quality of life here is high. Residents enjoy the great outdoors as well as a lively (and rapidly growing) arts scene. Olympia’s location at the Puget Sound’s southern tip makes it a prime location for all things water-related. Boating and fishing reign supreme here, but residents also enjoy Capital Lake Trails and Marathon Park. And like Tacoma, Mt. Rainier is fairly close, at just an hour’s drive away.

Why Olympia, WA is One of America’s Best Places to Live

Plus, it’s one of the most affordable cities in the expensive Pacific Northwest. Olympia is 34 percent cheaper overall than Seattle, with the biggest factor being its much more affordable housing costs. The median home price in Olympia is $319,950.

A popular place to live for those who want all the charms of Seattle without the big-city hassles, Bothell has it all. In fact, Bothell is one of the 5 Most Affordable Cities in Washington. This city is the closest to Seattle on our list, and has a commute time of only 25 minutes. Bothell’s median household income is $75,643, and has an average home cost of $344,600 – not bad at all considering Seattle’s home prices are soaring with an average of $820,000.

Bothell is a great place to raise a family as it is very quiet and safe. It has a great school system, easy access to Seattle, Bellevue, and the Kirkland waterfront, and fantastic places to shop and dine.