Skip to content
Home > WI > Madison > Where to Live Now > Not So Plain Jane: Why Janesville, WI is a Great Place to Live

Not So Plain Jane: Why Janesville, WI is a Great Place to Live 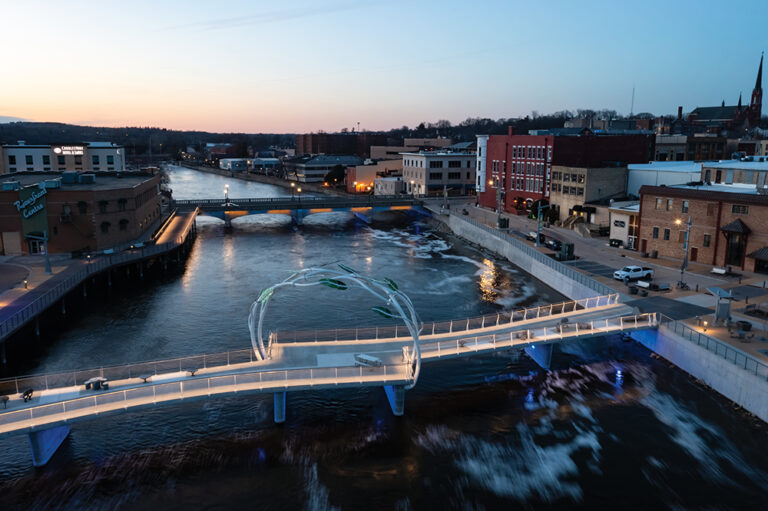 Just an hour south of Madison in Rock County, Janesville residents enjoy a rich history. The community has its sights set on the next exciting chapter of civic development.

“I love Janesville because it’s a great place to live, work and play – you don’t have to leave town for anything,” says Shelley Slapak, recreation director for the City of Janesville. “Our tagline is ‘Discover the community of choice to realize life’s opportunities,’ and I think that’s fitting. You have everything at your fingertips.”

Janesville was founded in 1836 and today has 13 designated historic districts, including Prospect Hill and the South Main Street Historic District. Many of the city’s earliest buildings and homes have been restored, and 2,448 of them are listed on the National Register of Historic Places. One of them — the Lincoln-Tallman House — is the only private residence where Abraham Lincoln slept in the state of Wisconsin.

As far as other recreation, the city is has an abundance of parks and recreational areas. Golfers can hit the links at quality courses, such as Riverside Golf Course. Riverside is one of the best public courses in the state. In addition, the area boasts over 2,600 acres of parkland and 30+ miles of paved bike trails. A favorite among the locals is Palmer Park, a 164-acre park with a playground, a wading pool, ball courts and a picnic area. In addition, there are year-round opportunities for recreation, including snowmobiling, skiing and ice skating in the winter months.

“There are so many opportunities here for passive and active leisure in Janesville,” Slapak says. “We have 64 parks, more than 40 playgrounds, 30-plus miles of paved bike trails, more than 100 public events here in the community, aquatic facilities, golf courses, an ice arena … We oversee a year-round senior center, youth and adult programming, and we have the Rock River. The list goes on and on.”

While Janesville recognizes its past, it’s also looking into and investing in its future. The city is working to approve the building of a community center. If approved, it would include a permanent ice facility and two other areas that could feature ice, turf or hardwood. The center would be located at the former Sears building in the Uptown Janesville Mall. The City Council moved the project to the design phase in late October 2021.

“We have a Tier II junior ice hockey team in the North American Hockey League, the Janesville Jets, and we have an ice arena, but we’re in the process of building an indoor sports complex where they’ll play, with a secondary ice sheet for practice and tournaments,” says Mark Freitag, Janesville city manager. “The complex will also have a convention center that can be used for events, including putting down turf for soccer tournaments, mats for wrestling, or a hard court for basketball.”

Janesvillehas also spent the last decade actively working to revitalize its quaint downtown, where commerce, culture and history cross-pollinate. While Janesville has preserved the downtown area’s historic buildings, it has added murals and has several thriving small businesses. Among them are Guardian Angel Bed & Breakfast, Luke’s Deli, K&W Greenery and the Venue, a popular banquet and event facility.

“We’ve been here for 16 years, and we have a good reputation for what we do — last year was our busiest year yet,” says Luke Karrels, owner and operator of Luke’s Deli. “Janesville is my hometown, and my friends and family are here, so I never had the desire to run off to anywhere else. I’m excited about the things the town is doing to attract more unique events here — it’s pretty cool.”

Residents are also fond of the numerous events and festivities held in the area. They include things like the Janesville Jolly Jingle and Shop the Rock in downtown Janesville. There are plenty of arts opportunities, too. Pack the Patio, Art Infusion, Janesville Warbird Weekend and the Janesville Town Square Gran Prix are all community-focused.

“We’re doing all these progressive things in Janesville that are moving us forward while not forgetting about our historical past,” Slapak says. “The revitalization has been huge for our community, and it’s very important and very exciting.”