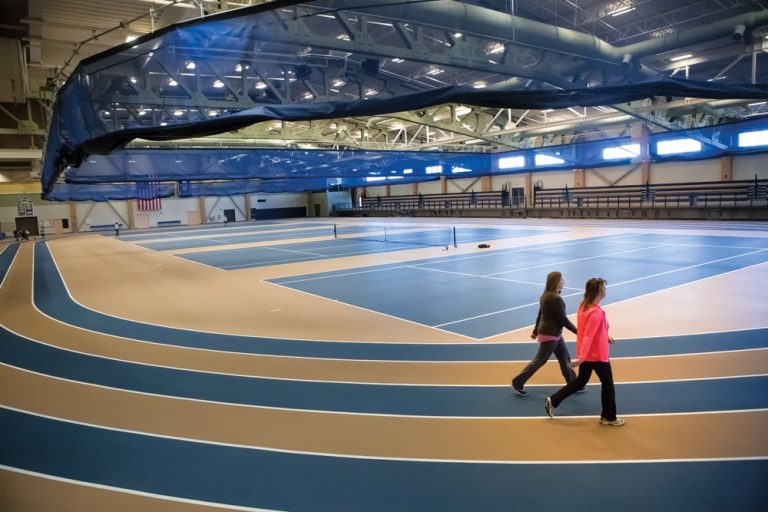 Campbell County has some top-notch recreational facilities that would be the envy of many major cities.

CAM-PLEX is one of the most significant venues, hosting approximately 360,000 people each year. The most popular events include the National High School Finals Rodeo, the Rocky Mountain Wild West Wrestling Tournament and the National Rambouillet Sheep Breeders Show & Sale.

CAM-PLEX will also host community events around the solar eclipse just before the first day of the 2017-18 school year.

Learn Where You Can Hunt, Fish, Skate and Golf in Gillette

Another recreational crown jewel is the $52 million Campbell County Recreation Center, which opened in 2010 with basketball courts, a cardio area, an elevated walking track, a six-lane pool, a weight room and a kids zone. Also on the property is a separate 81,000-square-foot athletic field house with a 200-meter track and five indoor tennis courts.

“In 2016, we hit a milestone of 2 million patrons who have used our rec center, and we define patrons as people who have a membership or pay to use the facility on a day-to-day basis,” says Rick Mansur, Campbell County Parks & Recreation executive director. “Two million paying patrons is an impressive number.”

The field house has recently hosted events like the Wyoming United States Powerlifting Championship and an annual indoor track meet between Montana State and the University of Wyoming.

“The track has a two-camera system for photos at the finish line, and everything in the facility is set to college standards,” Mansur says. “Athletes who have competed at the field house say it’s a very fast track.”

“Bell Nob has 18 holes that are championship quality, and there is also a nine-hole par 3 course called Wee Links for kids and beginners,” Mansur says. “Our region experienced a dip in the economy due to the energy downturn in 2016, but our attendance numbers at Bell Nob and the two rec centers are actually increasing because more local people are staying home for vacations.”

Also gracing the region is Southern Campbell County Agricultural Complex, which is owned by the Town of Wright. The Ag Complex is available for lease and hosts dozens of local, state and regional events each year.

The indoor facility at the Ag Complex is 325 feet long by 195 feet wide, and its sand floor can be modified for any event. An adjacent outdoor arena features bucking and roping chutes, bleacher seating for 300 and top-quality lighting.

“We are booking more and more events as the word continues to get out,” Craig says. “And what’s nice is that the Ag Complex often brings people into Campbell County who also use the other recreation facilities as well.”