8 Reasons to Move to Wyoming

More than just stunning views...the cost of living, the jobs, the numerous ways to get outside and be healthy all make Wyoming a great place to live. 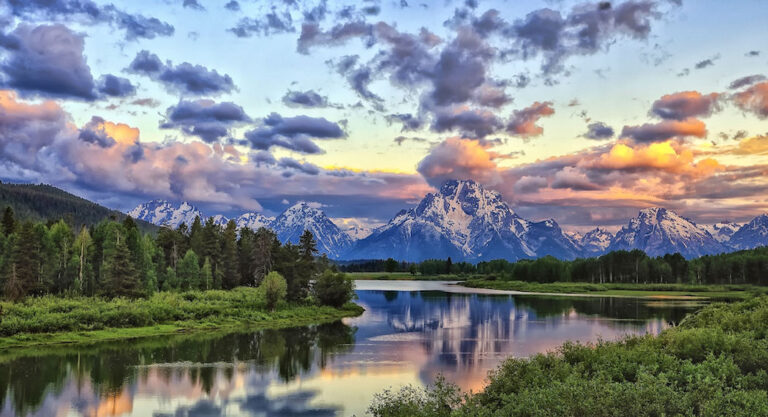 Wyoming / Courtesy of Dave Hensley under a CC 4.0 license.

Wyoming is a natural wonderland, filled with wide open spaces and soaring, snow-capped mountains. But a lot of people see the Equality State as just a place to visit–not a place to stay year-round. Well, here are eight reasons you might want to move there, because Wyoming has a lot to offer that you might not expect.

Wyoming is home to many small cities, but the cost of living in them is often well below the national average. For example, in Cheyenne — Wyoming’s largest city — the average price to purchase a city-center apartment is $77.50 per square foot, as compared to the U.S. average of $219.10. Meanwhile, Wyoming has some of the lowest taxes in the country — it recently came in as the fourth best state to live in for tax day.

Wyoming is one of the best places to experience America’s natural wonders — it has 12 state parks, five national forests, four wildlife refuges, and two national parks (Grand Teton and Yellowstone). Old Faithful just so happens to erupt on Wyoming turf 17 times a day, but besides that, you can wander between brilliantly-colored hot springs or past the first United States National Monument ever declared, Devils Tower.

In Cheyenne, Wyoming’s largest city, the average price to purchase a city-center apartment is $77.50 per square foot, as compared to the U.S. average of $219.10.

Wyoming’s economy is greatly driven by the tourism and mineral extraction industries, though agriculture is another major aspect as well. Top employers are generally state or federal government-based, including the University of Wyoming and F.E. Warren Air Force Base. Unemployment, meanwhile, is slightly below the national average — but during the Recession, it was actually far below.

According to the American Lung Association, Cheyenne and Casper in Wyoming are the third and fourth cleanest U.S. cities for year-round particle pollution. So as you’re hiking through the Grand Tetons or lounging in a pool fed by hot springs, breathe deep — it’s probably cleaner than your lungs are used to.

Best Places to Live in Wyoming

Cody, Cheyenne are two of many great choices.

Wyoming doesn’t really do big cities — the largest in the state is the capital, Cheyenne, at a little more than 62,000 people. Which means, if crowds aren’t really your thing, Wyoming is a great choice for you. In fact, after Alaska, it has the lowest population density in America.

Wyoming’s small towns serve it well: Its violent crime rate is about half the national average, with 201.4 crimes per 100,000 inhabitants versus 386.9. Property crime rates are about 20% lower.

Outdoor sports and Wyoming go hand-in-hand, so naturally it has some of the best places for these activities in the country. Jackson Hole is consistently listed in the top five ski resorts in the country and Flaming Gorge is a known as a hot fishing spot, especially for trout, fly fishing and tailwater fishing.

In 2019, Wyoming ranked at number two in the Gallup-Healthways Well-Being Index, meaning that it was one of the top states in the country with regards to the physical health, sense of community, financial health, social wellbeing and sense of purpose of its inhabitants.