Skip to content
Home > CO > Pueblo > Love Where You Live > 10 Things You Need to Know about Pueblo, CO

10 Things You Need to Know about Pueblo, CO

Get the inside scoop from locals on what makes this southern Colorado city so special. 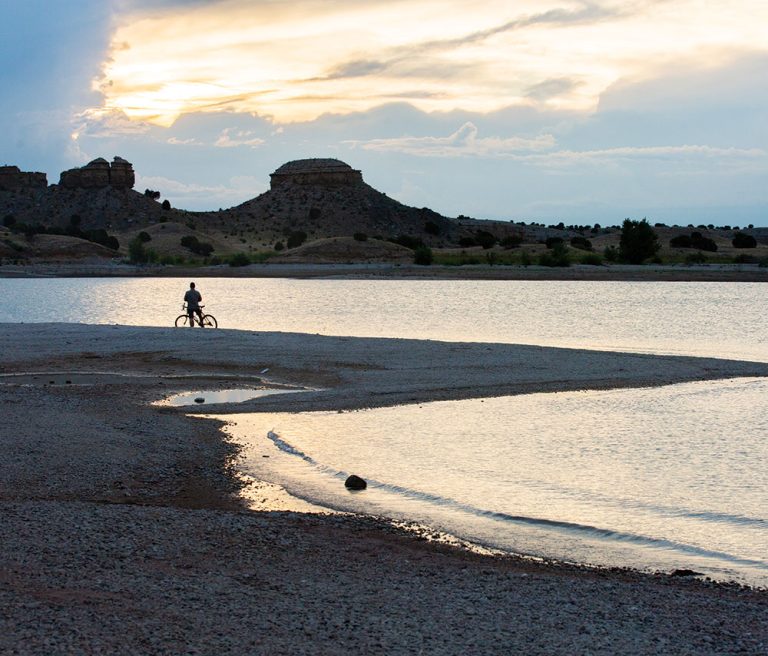 Once considered a drive-thru town (aka an area you’d cruise through on the way to your destination), today’s Pueblo is a destination itself. Home to gorgeous scenery, a thriving arts scene, high-quality restaurants and countless entertainment options, visitors (and residents) can find plenty of fun and interesting things to do in Pueblo.

To learn even more about this must-visit area, we sat down with Spencer Little, historian and sixth-generation Pueblo resident; Blane Hook, owner of Bike Pro-Mobile; and John Beaupré, Pueblo-area real estate agent, to find out 10 things that people might not know about the region and its history. Check out our list!

Colorado adopted Prohibition in 1916, five years before the rest of the country, creating a bootlegging boom, with two Italian brothers from Pueblo at the center of it all. Sicilian immigrants Salvatore (Sam) and Pietro (Pete) Carlino used their family’s local beet farm to make bootleg whiskey, and by the early 1920s, they had ties to Al Capone and were Pueblo’s undisputed mob bosses.

Calogedo Musso immigrated from Sicily to Pueblo in 1904. His descendants have been growing the green chiles this region is known for producing. Five generations later, they’ve been recognized for helping put chiles on the culinary map. July 20 is Henry “Carl” Musso Day.

3. A river of murals runs through Pueblo.

Gorgeous, colorful murals can be seen all over Pueblo, and this form of art can be traced back thousands of years when indigenous groups left their marks on rock walls. Today, these works of art grace the area’s downtown, and its 3-mile mural along the Arkansas River is the longest in the world.

Parts of the Arkansas River do not freeze during the winter, making it a hot spot for fly fishing. Rated a top destination in the country, locals say more people fish here in the winter than the summer.

Pueblo’s best kept secret is Lake Pueblo, a 4,600-acre reservoir that controls the flow of the Arkansas. It also offers countless recreational opportunities, such as water skiing, boating, fishing and camping.

7. Pueblo was the Pittsburgh of the West.

The first and only integrated steel and iron mill west of St. Louis was built in 1881 on the south side of the Arkansas River. The Colorado Coal and Iron Company, in conjunction with the Rio Grande Railway, constructed rails and processed coal. Though modernized, the mill is still in operation today, and The Steelworks Center of the West, a nonprofit that preserves the history of the coal and steel industry, created a museum in the mill’s historic buildings.

8. A fort was found beneath a hotel.

After a massacre on Christmas Day by a war party of Ute and Jicarilla Apaches in 1854, El Pueblo was abandoned, and its exact location was forgotten. In 1991, a group from the University of Southern Colorado was doing an archaeological excavation and discovered the walls of the original fort under the site of The Fariss Hotel. A smaller re-creation of the fort, along with an archaeological site of the former fort, are at the El Pueblo History Museum.

9. Pueblo once had newspapers printed in 36 languages.

Pueblo’s steel mill recruited young men from Europe with an underlying motive – their lack of common language was a barrier to unionizing. Pueblo was called “the melting pot of the West,” and at one time, there were newspapers printed in several languages, including Italian, Slovenian, German and Greek.

Check Out the New Developments in Pueblo, CO

New pedestrian bridges and urban revitalization are among the key projects taking place.

Though indigenous tribes inhabited the area near Pueblo for thousands of years, when European settlers arrived, ownership of the area fluctuated. In 1682, the French claimed the entire Mississippi River basin, Spain claimed the land south of the river, and in 1821, this land became Mexico. In 1848, the United States won the Mexican-American War, which moved the southern border from the Arkansas River to the Rio Grande.